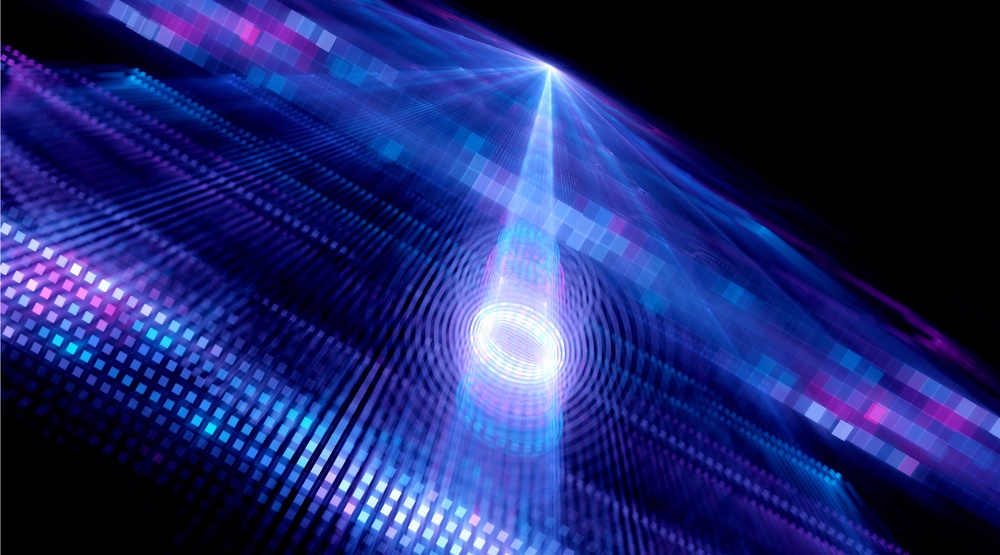 An abstract of a data tunnel in quantum computing (sakkmesterke/Shutterstock)

An SFU researcher in Burnaby is forging her own path, hoping to create the world’s first ever silicon quantum computer – and in the process, change the world more than you could ever imagine.

Stephanie Simmons, who leads the Silicon Quantum Technology research group, will be blowing the world of quantum computing wide open at the upcoming #BCTECH Summit.

“It unlocks so much!” Simmons told Daily Hive. “You can’t ignore how much quantum computing is going to change every other branch of science, but also everything else.”

What is quantum computing?

Simmons explains that quantum computing relies upon the “strange” laws of quantum mechanics, which operate at a very small, very cold, subatomic level.

They include the law of superposition, which allows objects to be in two states or places at the same time – just so long as you’re not looking at it.

“It’s this weird thing that if you disturb it, if you measure it, if you look at it, it doesn’t hold on to that superposition,” said Simmons.

The essence of quantum computing is what happens when you apply the law of superposition to bits, which can usually only have one of two positions.

“Think of it like this. A bit, which is used in regular computers, is either a 0 or a 1. According to the laws of quantum mechanics, you can have objects that are 0 and 1 at the same time.”

“If you engineer your systems properly, you can have bits turn into qubits – quantum bits. And by being able to represent 0 and 1 at the same time… you can actually accomplish a lot more computationally.”

Simmons says being able to do more complicated calculations, both easily and quickly, could help tackle some of the big problems humanity is facing.

“Drug simulation, that’s a really big one,” said Simmons. “If you want to be able to figure out how a drug interacts with a target, that whole interaction is very complicated.

“We make certain approximations to try and simulate them right now, but they’re not nearly comprehensive enough and they fail really badly the larger the molecule becomes.”

Simmons said being able to use the laws of quantum mechanics to simulate chemical interactions could unlock a lot of opportunities, and it might not be as far off as you think.

“These are things that are more near-term actually,” she says. “You don’t need full, giant computer, you could have a specialized smaller computer to just handle those kinds of problems.”

Simmons says another huge impact of universal quantum computing will be the end of existing encryption, used to protect your Signal, Paypal, and WhatsApp interactions, for example.

“It’s actually pretty frightening, it’s going to be a big deal when it’s revealed that we actually have that capability,” she said. “Because then suddenly how do you trust sending money online, for example? All this stuff becomes very difficult.”

Thankfully, Simmons says, there are quantum cryptography systems being developed, also known as quantum key distribution, based on the laws of quantum mechanics.

“It’s a way of distributing encrypted keys that’s relying upon the physical laws, not computational laws,” she said.

Simmons explains quantum cryptography depends on part of the law of superposition which says that once observed, the quantum system breaks down.

“If you measure, in quantum systems, it disturbs that whole system,” she said. “So if you set up your communication channel appropriately, then you can actually infer whether anybody has been eavesdropping, so you can set up a secure channel that way.” 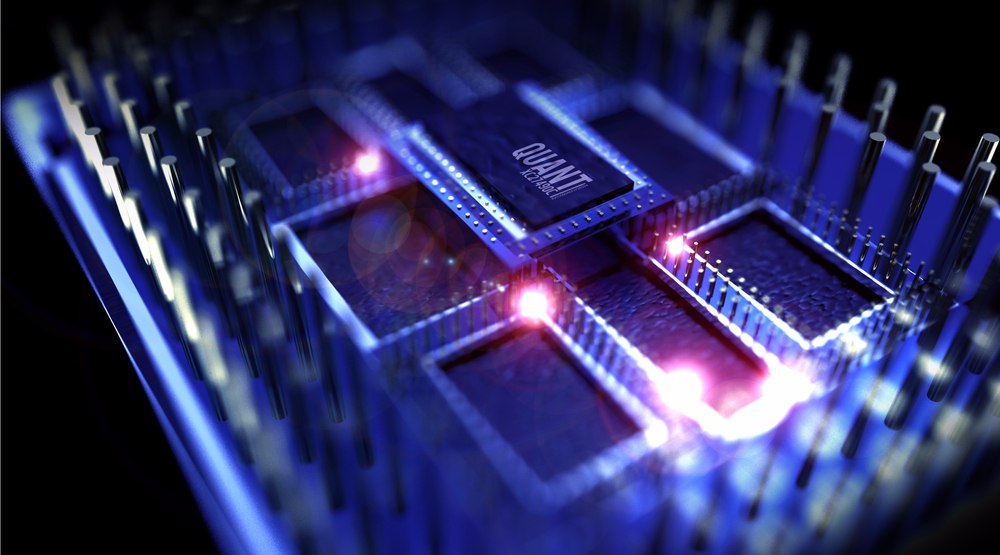 Simmons is really excited by quantum cryptography and says it could be coming down the line a lot earlier than a universal quantum computer.

“And it’s unhackable, this is the beauty of it. It’s not even that a quantum computer could hack this, because it’s relying on a physical property, not a computational property.

“It’s actually locked down, so there’s no way you can get around it, it’s the laws of physics.”

In fact, says Simmons, there are already quantum encryption devices on sale, being used predominantly in banking circles and in Switzerland.

They currently only guarantee “perfect, secure encryption” up to 400 km, but Simmons reckons that with some very clever engineering breakthroughs, it could go global, perhaps within the next decade.

“You could break codes really easily using a universal quantum computer, so that has real, big interest for governments and defence agencies,” she said. “There’ll be a lot of people looking to have one of these really quickly.”

That interest is one of the factors spurring a global race to build the world’s first univeral quantum computer – although Simmons says her motivation is altogether more personal.

“I first heard about quantum computing when I was very young,” she said. “I read a little article in the newspaper when I was 16 and I thought it was the coolest sounding thing in the world.”

Simmons says she’s been working on quantum computing for half her life, but she believes it could still take another 20 years to build the world’s first universal quantum computer.

“I was hoping that we’d be done a bit earlier! I was hoping that by the time I graduated university they would have fully working universal quantum computers, but it turns out, no, I have to go and build one myself!”

The beauty of Simmons’ choice to build a silicon quantum computer, is that it’s the same material already used in computers today, so could speed up the race considerably.

“I’m going down a whole new path, a whole new direction that nobody’s gone down before and I’ve got a lot of people really excited about it,” said Simmons.

“It’s like forging your own path. So it is challenging, but it has the advantage that if it works, it’s going to be huge, it’s going to really take off really quickly.”

On March 14, Simmons will be speaking to delegates at the #BCTECH Summit about the future of quantum computing and what to expect when universal quantum computers come online.

“It’s one of these fantastic things that you can actually tell, 15 to 20 years from the event, that this is going to change the world in a completely fundamental way,” she said.

“It’s a whole new branch of physics… You can be absolutely certain that if you harness new laws of physics, you’ll be able to accomplish things you never thought possible.”