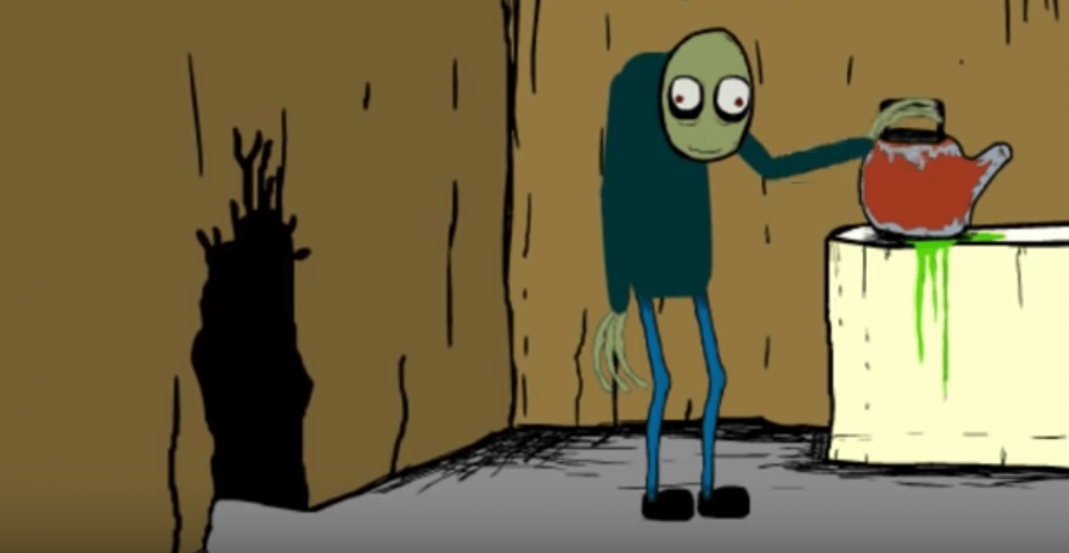 A BC teacher has received a two-day suspension for showing his students “inappropriate short films.”

According to a ruling from the BC Commissioner for Teacher Regulation, James Douglas Thwaites was employed as a teacher on call (TOC) by School District No. 91 in Nechako Lakes in Prince George.

Thwaites was teaching a grade 7/8 class in January 2018. During that time he showed his students three films.

The first was Salad Fingers — an animated video that features a character that says “the feeling of rust against my salad fingers is almost orgasmic” and “I must caress your rusty kettle.”

The second film, Don’t Hug Me I’m Scared, depicts puppets drawing skulls, them attempting to glue glitter on an anatomical heart, and cutting a pie made of bloody meat.

The third video called ASDFmovie shows stick figures stabbing each other and a number of dead stick children.

According to the commissioner, the students found these videos “weird, creepy, and inappropriate.”

Thwaites also allegedly told his class about his pending divorce, the cost of his divorce, and that he was dating a woman from overseas.

In March 2018, Thwaites resigned from the district and later that month he completed the Reinforcing Respectful Professional Boundaries course from the Justice Insititute of BC.

Thwaites received a two-day retroactive suspension as he is currently teaching at a small, remote school “whose students would be adversely affected by a suspension served during the current school year.”