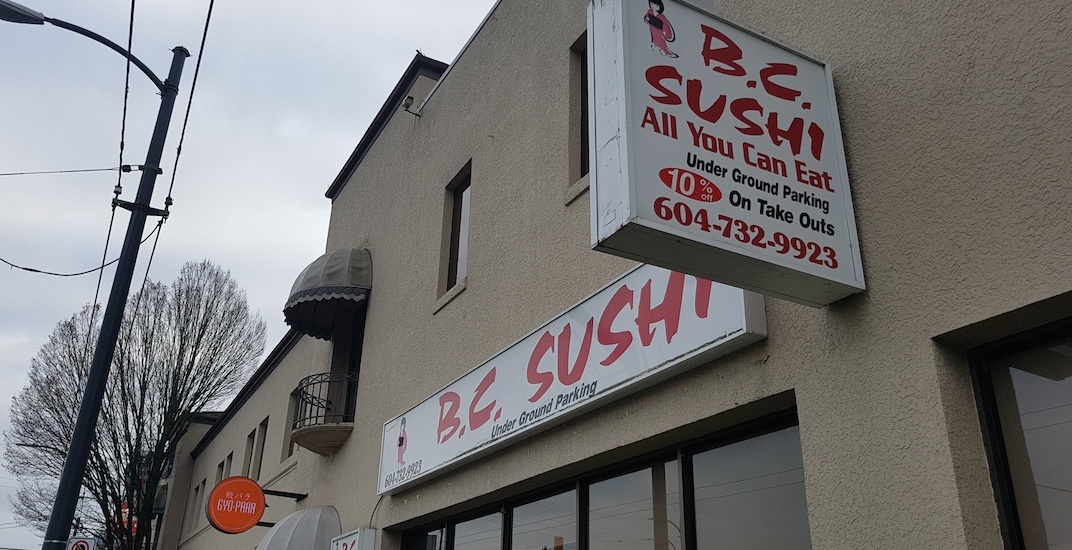 A longtime, highly popular sushi staple in the Kitsilano area of the Vancouver Westside has shuttered its doors for good.

BC Sushi, located at 2126 West Broadway, near the southwest corner of West Broadway and Arbutus Street, has recently closed after serving an all-you-can-eat (AYCE) menu for over 15 years.

According to restaurant operators, the space is now under different ownership and will be converted into a new Chinese restaurant called Shanghai Kitchen. It is anticipated the renovations will take around six months.

BC Sushi was the sister restaurant of the former Ebei AYCE sushi restaurant at 5701 Granville Street.

This is the second AYCE sushi offering in the Vancouver region to close in recent months. Kawawa Japanese Restaurant inside Metropolis at Metrotown, near the SilverCity entrance, recently converted into an a la carte menu.