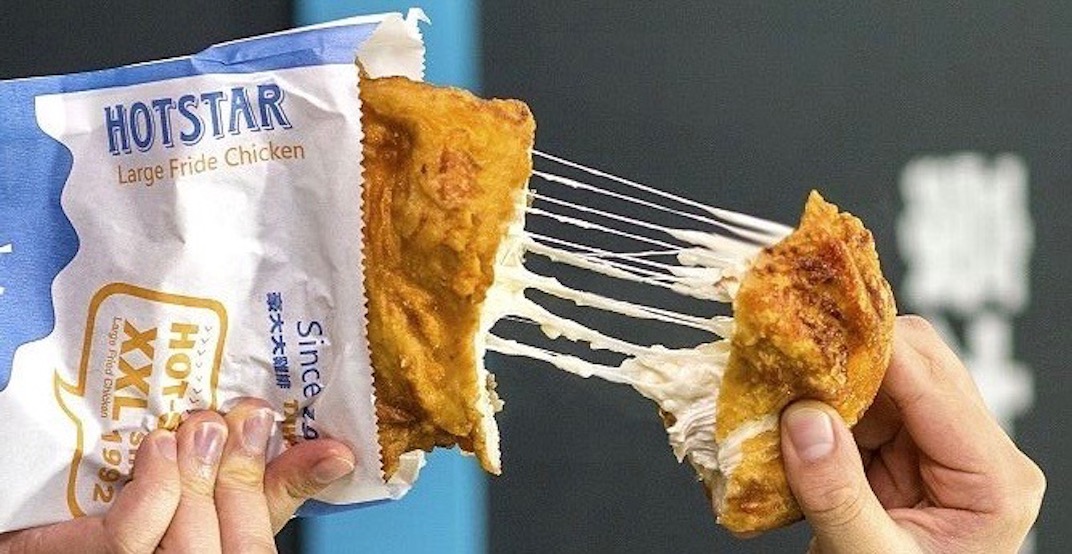 Editorial note November 23, 2018, 11:37 am: Hot-Star Canada’s team reached out to Daily Hive to let us know the Vancouver location is experiencing some unforeseen delays, and the opening will now be later than December 2018.

The chain of fast food outlets originating at the Taipei Shi-Lin Night Market is known for its massive (bigger than your face) chicken cutlets served in paper sleeves, and it sounds like us Vancouverites will be able to chow down on its epic eats sooner than later.

The first-ever BC location of the chain is aiming to open at 566 Granville Street next year.

That address previously belonged to Urban Mongolian Bistro (sister restaurant to the Urban Sushi Cafe next door at 562 Granville Street) which closed two months ago.

The brand’s Canadian debut incited some serious line-ups in Toronto when it opened in 2015, and there are now four locations in the Greater Toronto Area (with another one on the way) and one in Montreal.