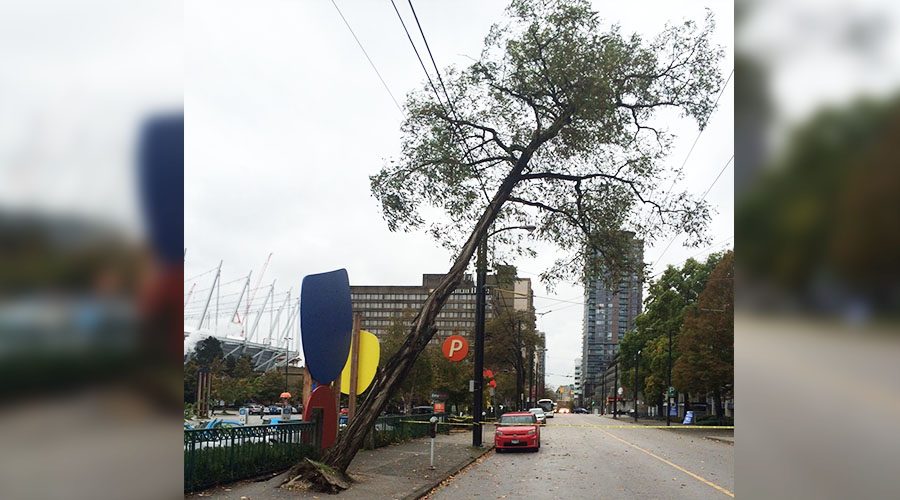 A tree has fallen on trolley wires at Cambie and Dunsmuir in downtown Vancouver, impacting transit service on the Cambie Street Bridge. 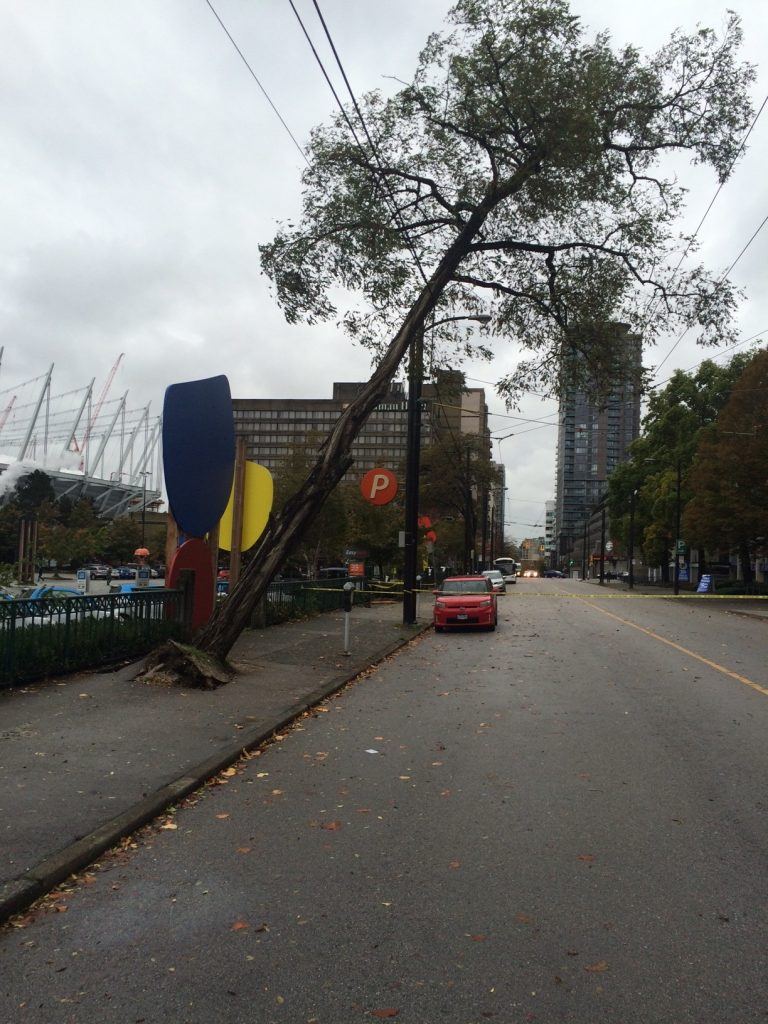 The tree was felled by strong winds which are battering Vancouver as the second of a trio of storms hits the Southern coast of British Columbia, causing gusts of up to 80 km/h.

During high wind conditions, trolley wires in Vancouver are particularly vulnerable to falling branches. Road debris can also result in detours for our bus service.

Huge pieces of tree being brought down by #bcstorm in Gastown

In a release TransLink said an overhead crew and transit supervisors were on the scene to monitor the situation, and that City crews had been contacted to help remove the tree.

They also warned that the adverse weather is already affecting transit services in Vancouver – certain bus routes are being affected by falling trees and branches leading to diversions.

Commuters should also expect extra crowding as more people take transit during the storm, as well as delays and longer journey times across the region.

“TransLink’s top priority is to ensure the safety of our customers and employees, and we are monitoring weather conditions closely and making adjustments as necessary,” the company said in a release. “Our Emergency Management group is participating in Emergency Management BC and Environment Canada conference calls to stay apprised of the forecast and expected outcomes as well as communicating within the organization to ensure we respond effectively.”

TransLink warns that commuters should sign up for transit alerts to keep up to date with any service issues or changes, and follow @TransLink on Twitter for frequent updates.