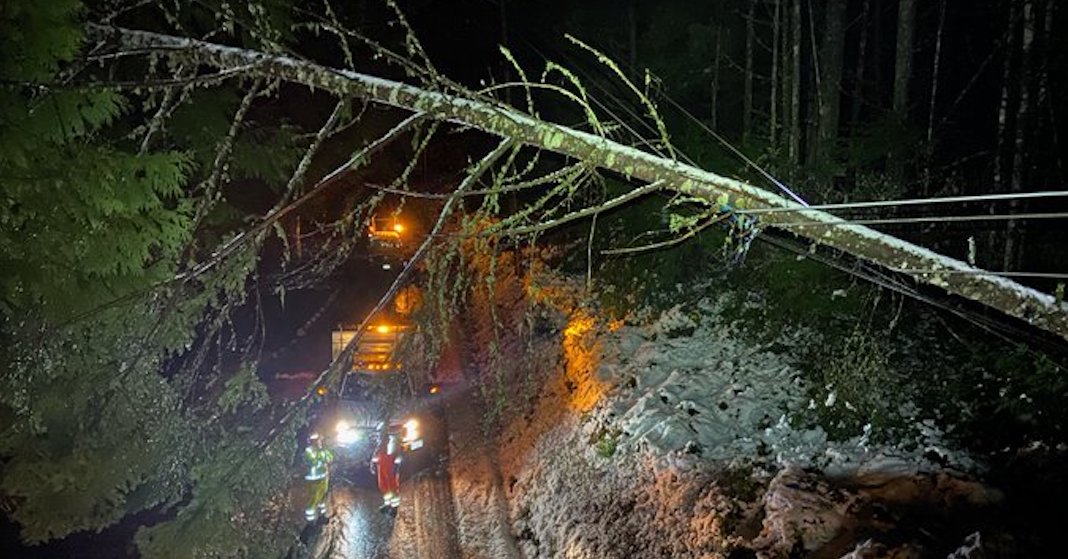 BC Hydro has restored power to about 130,000 of the 170,000 customers impacted by Monday’s storm that hit Vancouver Island, the Gulf Islands, and the Lower Mainland.

In an email shared with Daily Hive, BC Hydro says close to 24,500 people in the Lower Mainland — primarily in Maple Ridge, Mission, and Surrey — are still without electricity.

About 15,700 on Vancouver Island and the Gulf Islands — mostly in Duncan, Victoria, and Salt Spring Island, are still powerless as of early this morning.

“Yesterday’s heavy, wet snow snowfall added weight to branches and trees, which caused them to break and come into contact with BC Hydro’s electrical equipment,” says the electric utility company. “As a result, all available BC Hydro crews and contractor crews will continue to work around the clock repairing the extensive damage until power is restored.”

BC Hydro says it if thankful to customers for their patience as crews work to repair the damage and restore power. 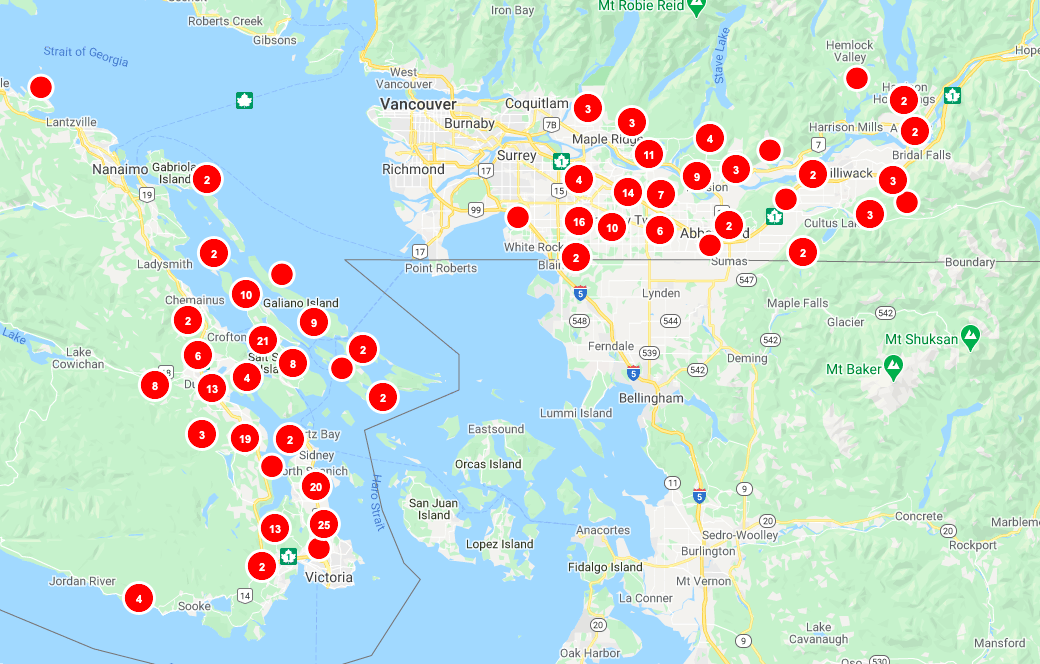 As repair work continues, BC Hydro will provide updates estimates for power restorations and continually updates the outages section of its website.