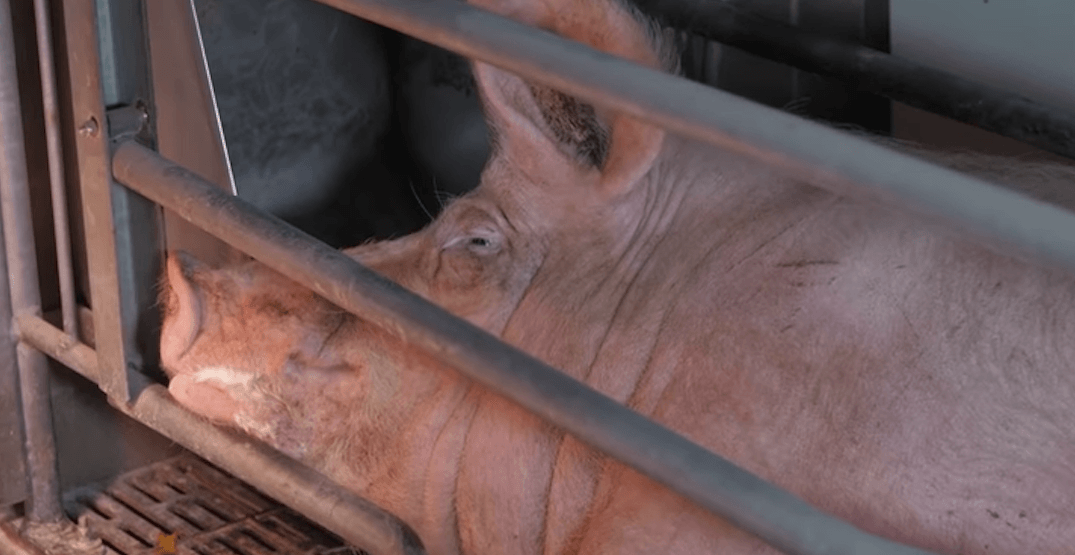 The BC SPCA has reopened its review into an undercover video that was shot at an Abbotsford pig farm.

In April, a video allegedly shot at Abbotsford’s Excelsior Hog Farm was released by PETA, but the BC SPCA initially decided that it would not recommend charges because “the individual(s) who was responsible for filming has not come forward to provide a statement to accompany the video.”

WARNING: This video contains footage which may be disturbing to some. Viewer discretion is strongly advised.

Shawn Eccles, senior manager with BC SPCA cruelty investigations, says another video was recently provided that had not yet been viewed by the organization.

“The video provided through YouTube was new in the sense that we hadn’t seen it although it was from the same time frame, and whether or not there is anything of concern would it meet Crown Counsel’s charge approval process including admissibility,” said Eccles in an emailed statement to Daily Hive.

He says the review will “determine whether or not the operators are in compliance with the respective codes of practice as well as if the incidents portrayed violate either the offence provisions of the Prevention of Cruelty to Animals Act or Criminal Code, and whether the video and evidence meets the standard for charge approval by Crown Counsel.”

The original video released in April showed scenes of pigs crammed together in tight cages, young piglets struggling to survive, and others with large growths and infections. At one point, pigs can be seen around the decomposing corpse of another pig.

In April, about 200 animal rights activists protested at Excelsior Hog Farm. One person was arrested during the protest for break-and-enter, as well as mischief.