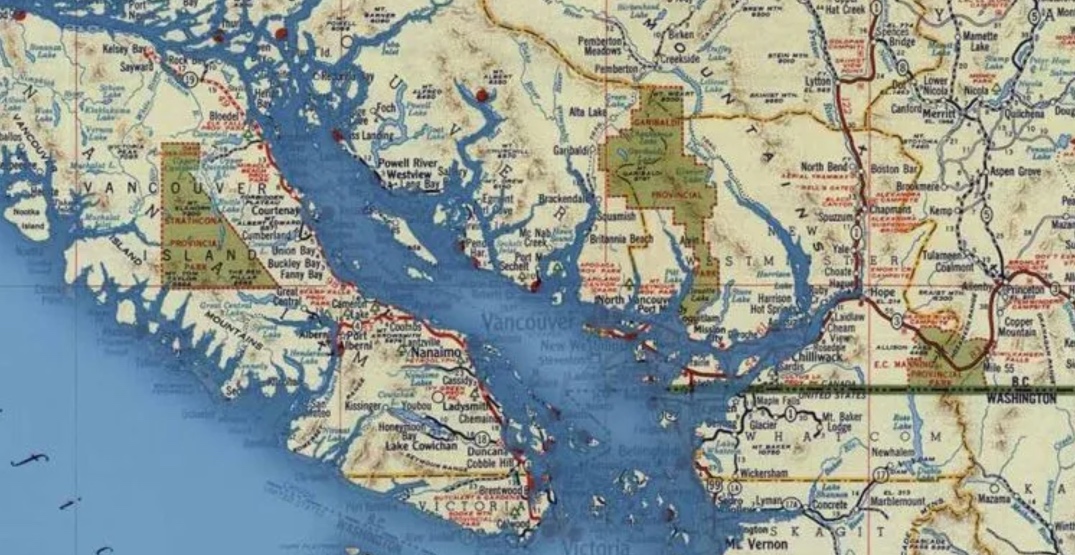 A map imagining BC in a drowned world aims at petroleum companies and their contributions to climate change and sea-level rise.

Artist Jeffrey Linn’s Petrofuture series “is a work of parody… taking old pieces of oil company advertising and propaganda, and turning it back on itself,” wrote Linn on the maps.

“Using vintage gas station maps as a base, I add 66 meters of sea-level rise, the highest predicted by the Intergovernmental Panel on Climate Change (IPCC) if all the ice sheets melt.”

“It’s both sad and satisfying to use these maps to show the ultimate effects of the use of fossil fuels.”

The first map shows the entire province of British Columbia. At first, it looks straightforward and familiar – until you notice the southern portions of Vancouver Island and the Mainland. 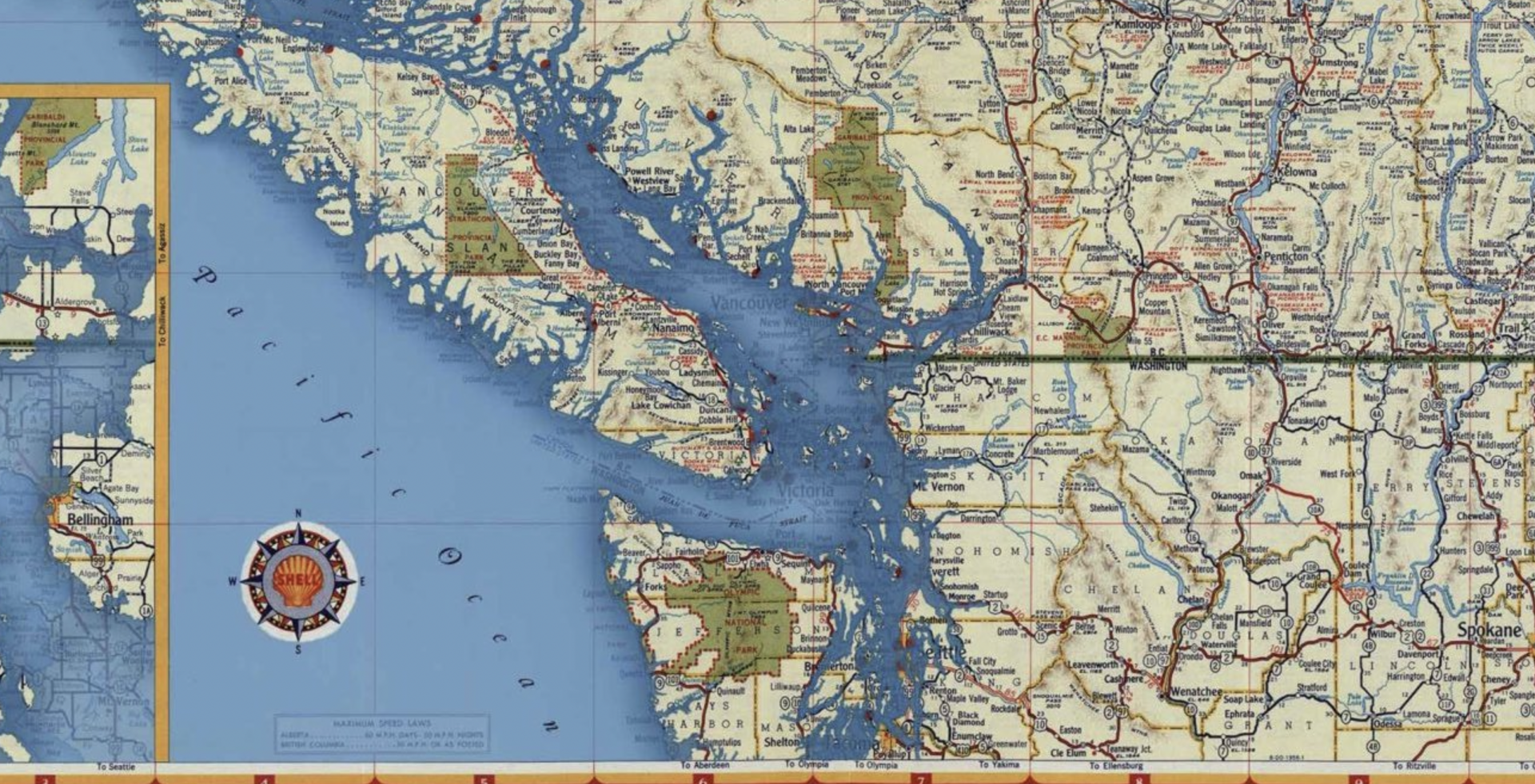 On the vintage Shell Gasoline map, you can see that Victoria and Vancouver are underwater. Vancouver Island has shrunk significantly and the rising ocean has caused the Fraser River to eat up most of the surrounding land.

Another map in the series takes a closer look at what’s left of Vancouver in 1,000 years as the city is transformed into an island. 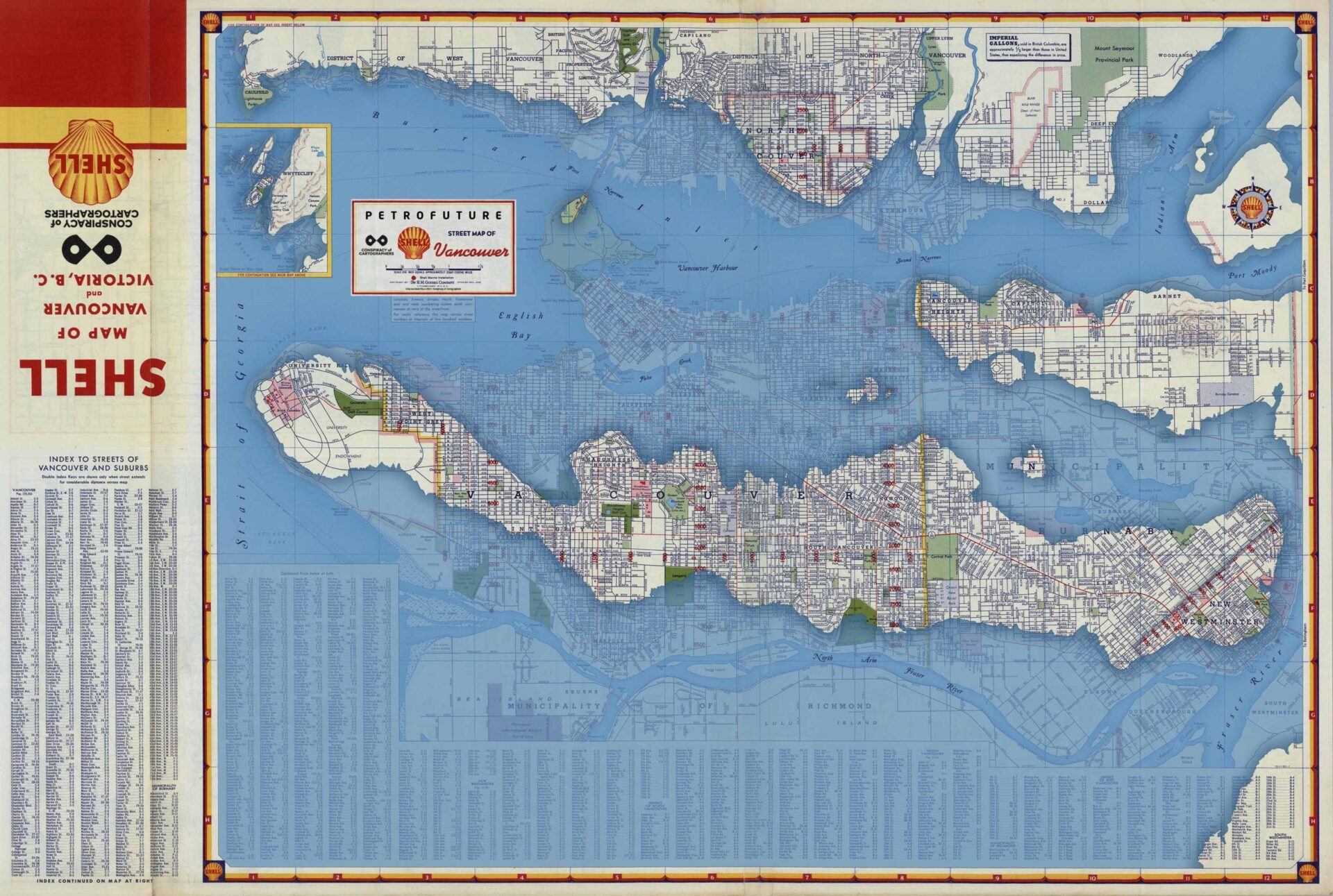 But it’s not just the rising ocean that can cause concern.

“Drought, displacement, and, of course, extreme heat waves, are all things that are happening now, and may be more dangerous than sea-level rise,” said Linn.

You can follow his work on Conspiracy of Cartographers and look out for his next project.