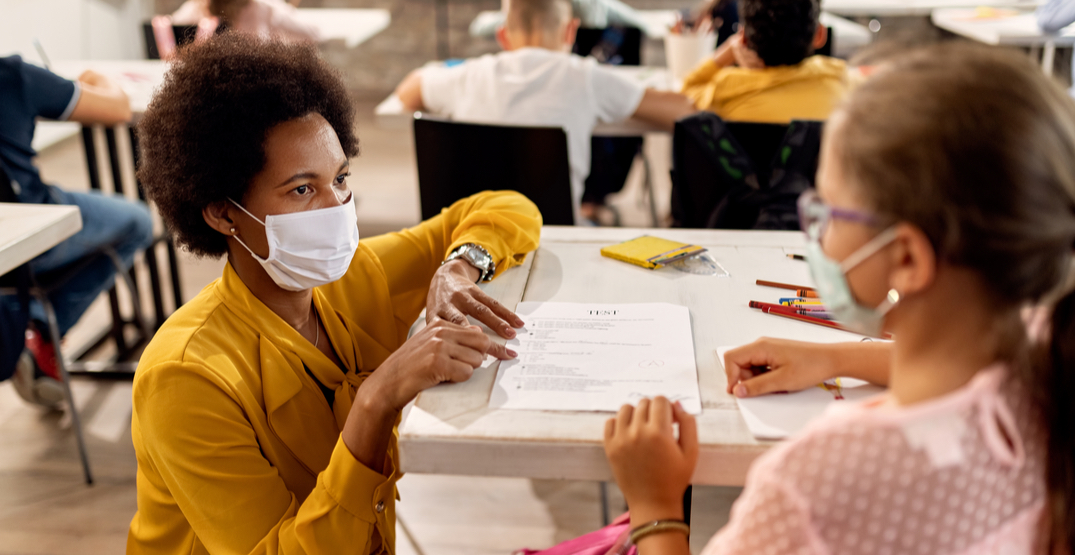 The BC Teachers’ Federation gave its members a heads up that it would support a COVID-19 vaccine mandate, if the province decided to implement one.

BCTF President Teri Mooring sent out a notice to all union members on October 7 that announced the federation’s stance on vaccines – they would officially support provincial mandatory vaccines in the K–12 system for school staff and volunteers.

This represents a change in the federation’s stance since August 2021 when they decided they would not oppose a vaccine mandate for its workers that made room for medical exemptions and protected members’ privacy.

Mooring admits they were unsure of what the mandate would look like and how it would be implemented, but that it was likely on its way.

“At this point, I am very concerned that a potential vaccine mandate could be implemented district-by-district, employer-by-employer. That’s the wrong approach,” they said in their letter.

The province has decided to leave vaccine requirements up to individual school districts in BC, but the union president believes that’s not the best plan.

“Any vaccine mandate would need to be provincially implemented and done equitably. We can’t have unequal treatment of workers in the public education system.”

Currently, there is no vaccine mandate in place for BCTF members, and the message from the union was clear.

“If you are not vaccinated and do not have a legitimate exemption, you should start planning now to get the vaccine. It could potentially affect your pay, your benefits, and even your pension. We just don’t know at this point and we may be limited in what we can do to help you,” said Mooring.

The BC Government brought in mandatory vaccine policies for its employees on Tuesday, October 5, and many organizations, like BC Hydro, have been following their lead.