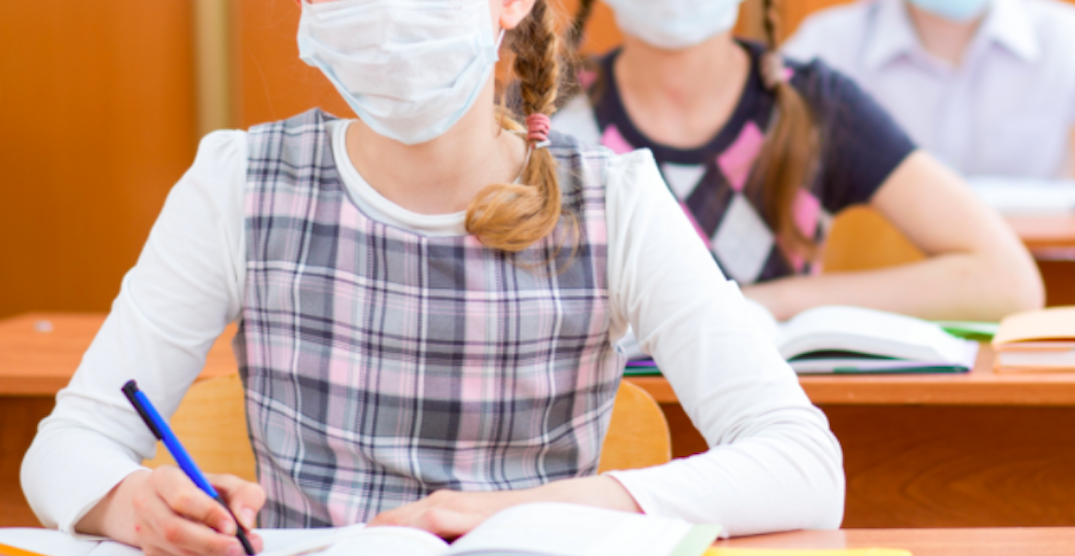 BC’s Provincial Health Officer Dr. Bonnie Henry said on Thursday that a new method of coronavirus testing is now available for K-12 students across the province.

“Taking the step to get tested is how you protect your friends and family,” she said during a press conference. “Now, for K-12 students, we have an easier alternative than the nasal swab that has been the standard that we’ve been using.”

The new test is “a made-in-BC sample collection program, and it is one of the first of its kind around the world,” said Henry.

For those aged 4 to 19, “a mouth-rinse gargle is now available at the COVID-19 collection centres across the province,” she continued.

Unlike the nasal swab, “this is a new saline gargle where you put a little bit of normal saline – sterile water – in your mouth, you swish it around a little bit, and you spit it into a little tube, and that’s an easier way to collect it for young people,” explained Henry.

She also noted the test can be done at home without the help of a healthcare provider.

“This is something you can do with the help of your parents, or by yourself,” she said.

Asked about the accuracy of this test as compared to the usual nasal swab, Henry said the new method “works just as well… it’s just a different method of collection.”

She noted the test has been validated by the BC Centre for Disease Control, “so it is our scientists and researchers and lab folk here in the province who have looked at this as a method and a way to make it [testing] easier, and we’re hoping to make it more broadly available as we go forward.”

As to why this testing method is only available to students at this point in time, Henry said “we’re starting with children because that’s the focus right now with back-to-school, to make sure that we can support children being safely back in the school system.”

Henry’s announcement comes on the same day that BC recorded a “new high” for a one-day total, with 165 new cases confirmed in the province in the past 24 hours, bringing the provincial total to 7,663.

Henry said that by specific health region, this equates to 2,714 known cases in Vancouver Coastal Health, 3,937 in Fraser Health, 196 on Vancouver Island, 489 in Interior Health, 241 in Northern Health, and 86 from those who reside outside the province.

The latest cases bring the total number of recorded cases in the province to 7,663.