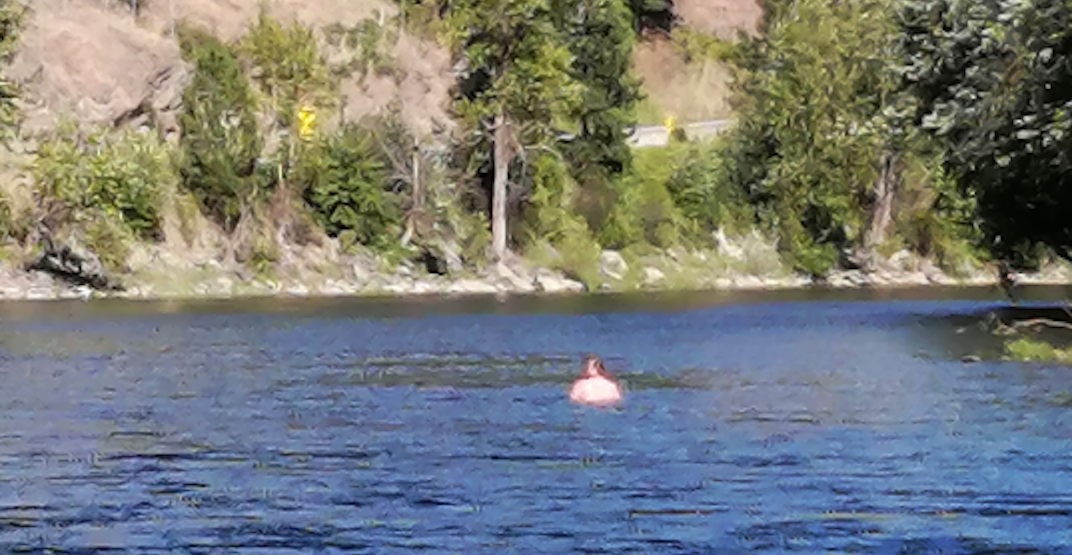 BC RCMP were taken on a wild chase by a Washington man last week after he illegally crossed the border and then jumped into the river to avoid being arrested.

According to police, a 2.5-hour chase ensued when a man in a stolen vehicle illegally crossed the border near Grand Forks, BC, at around 1 am on Friday, July 24.

US officials had attempted to stop him near Kettle Falls, Washington, but notified Grand Forks RCMP when they were unsuccessful.

“A spike belt was deployed successfully by US officials; however, the suspect continued to drive and allegedly rammed through the barriers at the border before dumping the vehicle and fleeing on foot into Canada,” says a release from BC RCMP.

Police searched the area and eventually located the stolen vehicle just outside the downtown core, but the man was not found.

“Later the same day, the suspect was spotted back where the stolen vehicle was recovered and RCMP officers attempted to arrest him; however, he resisted and ended up jumping into the waters of the Kettle River where he floated for 2.5 hours, attempting to evade his capture,” said the release.

“At a point where the river narrowed, an RCMP officer along with some Good Samaritans were able to wade into the river and escort him back to shore. The man was taken into police custody without further incident.”

According to police, RCMP and the Canada Border Service Agency (CBSA) are working on possible charges under the Immigration and Refugee Protection Act and the Criminal Code of Canada.

“The RCMP will continue to work with its American law enforcement counterparts on their criminal investigation.”

Grand Forks, BC, is located near the US-Canada border, about six hours outside of Vancouver.