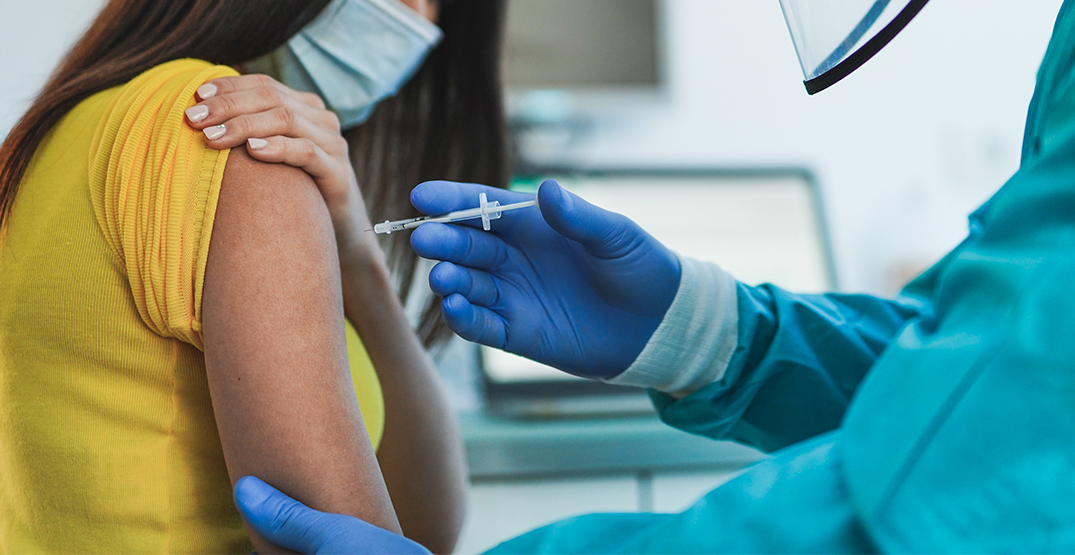 Health officials in British Columbia say that people who received two doses of the AstraZeneca COVID-19 vaccine will be prioritized for booster shots in the coming months.

The announcement was made during a weekly COVID-19 update with Provincial Health Officer Dr. Bonnie Henry and Health Minister Adrian Dix. It also follows a recommendation from the National Advisory Committee on Immunization (NACI).

Henry says that individuals who received two doses of AstraZeneca have had “waning protection” from infection.

“Thankfully, they still have very strong good protection for serious illness but lower protection against infection,” she explained. “As a result, people who received two doses of AstraZeneca will be receiving invitations for their booster dose at six months.”

This means that people who received two doses of AstraZeneca may receive an invitation to book sooner than other healthy adults in the community.

“You can expect to receive your invitation for a booster dose in the coming months depending on how long it’s been since you’ve received your dose two,” says Henry.

BC’s booster dose program, which was revealed last month, is expected to expand to the broader population (over the age of 12) in early 2022. All doses will be an mRNA vaccine, either Pfizer (Comirnaty) or Moderna (Spikevax).

Henry reassures that people who mix AstraZeneca and an mRNA vaccine will be well protected.

“That combination, particularly a viral vector and an mRNA combination has been shown to be very effective and long-lasting.”