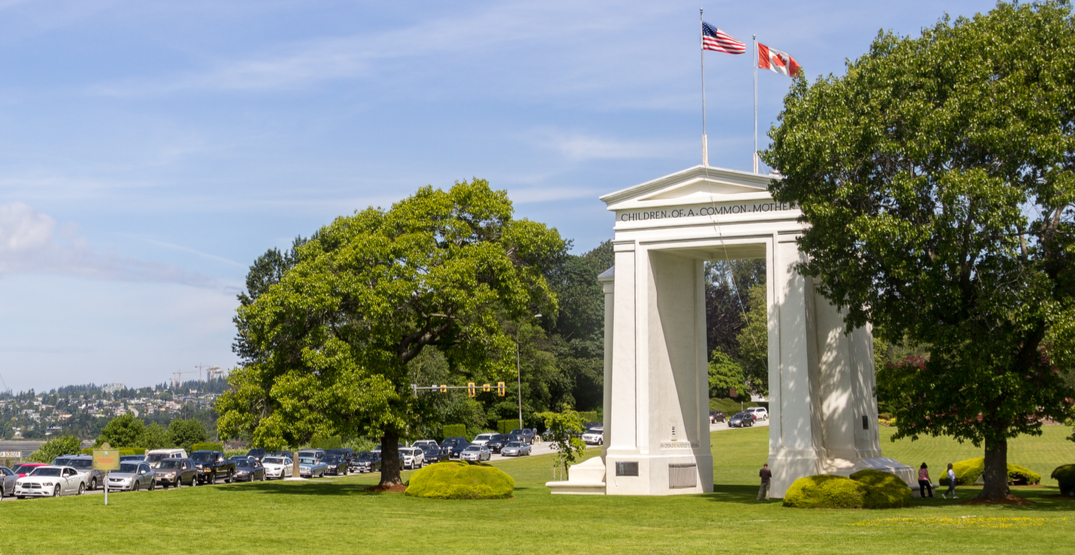 BC Premier John Horgan responded on Wednesday to calls from the BC Liberal Party to work with Washington Governor Jay Inslee to crack down on in-person gatherings at Peace Arch Park.

The park straddles the Canada-US border, and in normal times, residents of both countries can use it without technically crossing the border, as long as they return to their own side.

Asked during a press conference whether he had spoken – or was planning to speak – with Inslee about the issue, Horgan agreed that Peace Arch Park has been an area of concern, but said he believes the federal government “is managing those issues as they should; international borders are their responsibility. This is not an area that’s regulated by the provinces.”

His comments come after BC Liberal MLAs Trevor Halford and Stephanie Cadieux released a joint statement asking Horgan to call on Inslee to close public access to the park on the US side until it is deemed safe for non-essential cross border travel.

“At a time when COVID-19 variants could spread quickly, it’s more critical than ever to take action to protect our communities,” said Halford, MLA for Surrey-White Rock. “Canadians and Americans continue to take advantage of an unwritten loophole that allows for face-to-face contact at Peace Arch Park, only to return home without being subject to Canadian quarantine laws and provincial health orders.”

In their statement, the two MLAs noted they had received reports from residents in their constituencies about busy streets around the park “and more than 75 tents pitched with people gathering from either side of the border, many without masks.”

Horgan said that while he speaks “regularly” with Inslee, the subject of cross-border gatherings at Peace Arch Park “is not an issue that we’ve discussed.”

However, if “persistent concerns” continue, Horgan said he’ll “certainly raise that with the federal government and they can take action with their counterparts in Washington, DC.”

He noted that he has also not seen any “advice” thus far from Provincial Health Officer Dr. Bonnie Henry “that this is a major issue, but if that happens, we’ll take actions immediately.”

Horgan did not specify what such actions might entail, though.

The Canada Border Services Agency, which patrols border crossings, said it’s not responsible for enforcement at Peace Arch Park because it’s not an official point of entry.