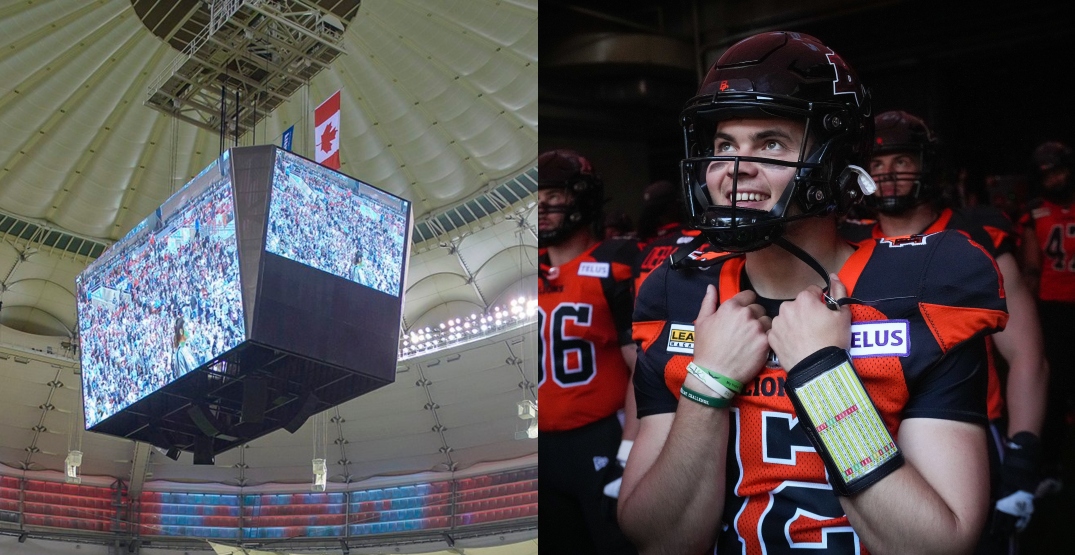 It’s a perfect summer’s day in Vancouver, yet the roof is closed at BC Place.

That’s how it’ll remain tonight when the BC Lions take to their field for a home game against the Hamilton Tiger-Cats.

In years gone by we’d blame Wally Buono for this, but this time it appears to be out of the Lions’ control.

A mechanical issue is the problem, according to PavCo.

“The roof will be closed tonight due to mechanical issues,” a PavCo spokesperson told Daily Hive. “Stadium operations are working to get the issue resolved as soon as possible.”

Glass bottles are not allowed. Bottled water are also available for purchase from concessions.

Beginning in 2010, BC Place underwent a $514 million renovation, which included a new retractable roof. The cable-supported fabric roof is the largest of its kind, according to the stadium’s website, and was designed and engineered “specifically for Vancouver’s climate, following rigorous engineering and architectural studies.”

It’s poor timing for the Lions, who are playing their fourth home game of the season. BC is 3-1 on the season, with their only loss coming to the CFL’s lone undefeated team, the Winnipeg Blue Bombers, on July 9.

The Vancouver Whitecaps will be interested in getting the roof fixed soon, as they have two games coming up soon, on Saturday against Chicago Fire, and Tuesday’s Canadian championship final against Toronto FC.

Fans will be able to enjoy the outdoors before tonight’s game, in the BC Lions Backyard party located on Terry Fox Plaza, beginning at 4 pm. There, you’ll find the Lions serving up $5 beer and margaritas, as well as $9 burgers.

The best deal inside the stadium tonight is $2.22 pizza slices, available at sections 222 and 249, but only until prior to kickoff at 7 pm.