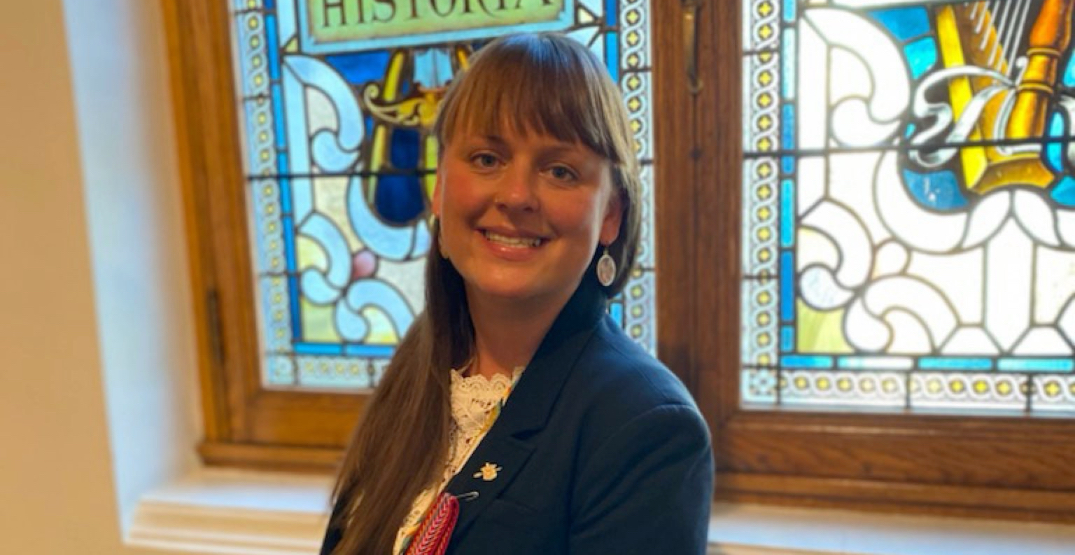 A politician is speaking out after she and her staff were reportedly harassed so much that they had to run away from the situation.

Brittny Anderson is the MLA for Nelson-Creston. On Saturday, December 18, she shared a Twitter thread detailing an encounter she had at a highway rest stop.

“My staff and I were on our way home to Nelson from an event in Creston and pulled off at a rest stop,” Anderson told Daily Hive by email.

“When we were out of and away from the car, another vehicle pulled up right next to us, and the driver began screaming at us about vaccinations. His passenger subsequently joined in.”

“From there, they drove towards our car, which is when we began running for it, got in the car, and once they exited their vehicle we left the situation as quickly as possible.”

“We ran because their behaviour was so extreme, with spit flying as they screamed at us, that we didn’t know what they planned to do next. This was a mountain pass with no cell service on a cold day.”

“When they moved towards our car we didn’t know if they planned to block us from leaving or somehow make our car undrivable and leave us stranded up there.”

Yesterday, on our way back to Nelson from Creston, my staff and I were aggressively harassed at a highway rest stop.

This is not unique behaviour towards a B.C. MLAs, it’s the second reported incident in under a week.
1/7

“This is a cross-partisan issue, and goes beyond politics. MLAs and staff have all recently dealt with extreme behaviours of people opposed to public health orders, which has had an impact on their ability to keep a welcoming office to provide services to their communities,” wrote Anderson in her Tweet.

The MLA’s office confirmed that Creston RCMP has been contacted regarding the altercation.

Since the start of the COVID-19 pandemic, Provincial Health Officer Dr. Bonnie Henry has also experienced harassment and even death threats.

In response, BC Premier John Horgan said at the time that there was “no room” for abuse in BC.

Our province owes a lot to Dr. Henry and our public health officials. There’s absolutely no room for this abuse in BC. https://t.co/kIiQAtJ1qw

“This kind of behaviour is not ok,” wrote Anderson.

“It does nothing to further the civil, respectful conversations that we need to be having as community members to move our province forward in the best way. This incident was reported to police, and will proceed through that avenue.”

Daily Hive has reached Brittny Anderson’s office for more details and will update this story.