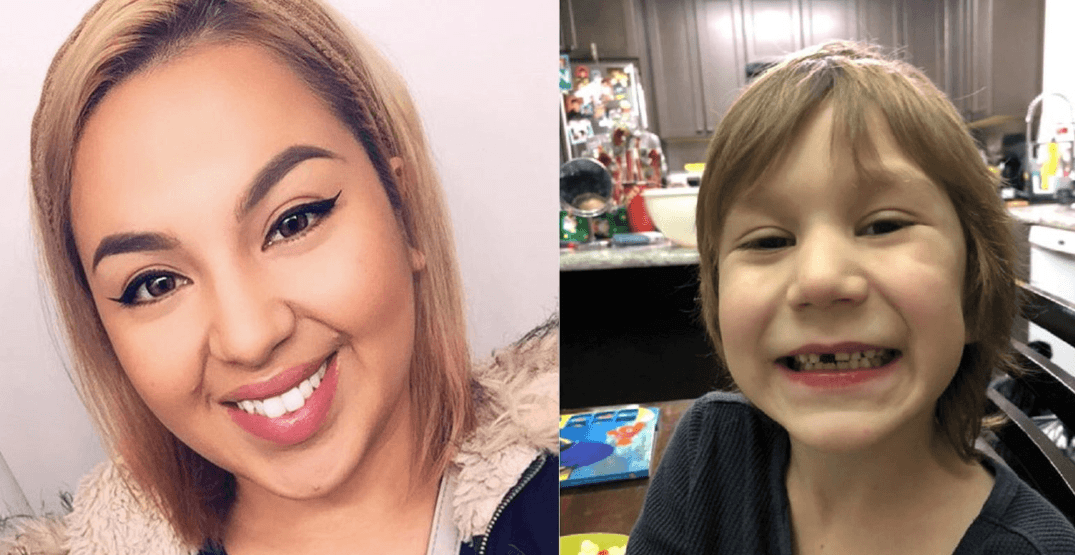 RCMP in Kamloops are asking for the public’s help in finding a missing six-year-old boy and his 28-year-old aunt, who have not been seen since Sunday, January 13.

The case began after police received a request on Sunday to check on the well-being of the child Nikaeo Supernault, who was being looked after by his aunt, Roseanne Supernault.

Nikaeo and his aunt have not been in contact with his mother since January 13, 2019, and both are considered as missing.

Investigators believe that the child is with this relative.

Nikaeo is described as Aboriginal, weighs 45 lbs and is 3’6″ tall. He has light brown hair, brown eyes, and was last seen wearing a blue jacket, with tan, black-bottomed boots.

Roseanne is described as Aboriginal, weighs 190 lbs and is 5’7″ tall. She has dyed blonde hair and brown eyes. She was last seen wearing a black jacket with white fur on the hoodie, jeans, black boots with white fur on top, and holding a white/light grey purse.