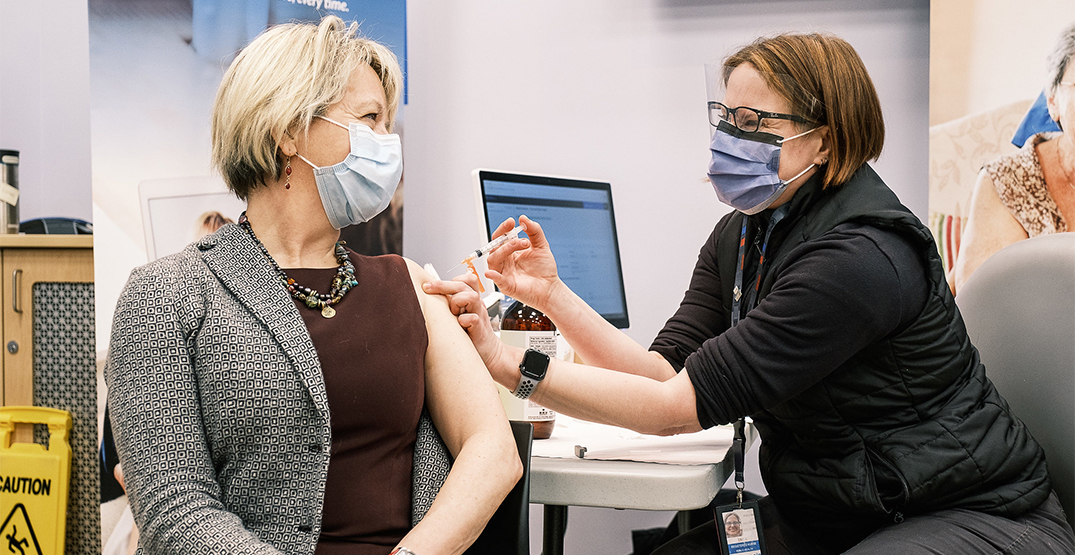 As BC finishes vaccinating priority populations this spring, it will move into its mass COVID-19 immunization strategy for the province’s general population between April and September.

Provincial Health Officer Dr. Bonnie Henry said at her news conference Monday that more details about that strategy will be available in mid-to-late January. We only know the basics now, including that vaccine will be distributed based on age with priority descending in five-year increments.

“It’s a monumental task, and there are many months left to go in this,” Henry said.

She reminded residents that gathering restrictions are still in place, and that we’ll need to rely on other layers of protection such as masks and physical distancing during the vaccine rollout.

As of January 4, approximately 24,000 British Columbians have been vaccinated.

Thus far, the province has focused on immunizing priority populations, including healthcare workers and long-term care residents. The province will continue to focus on those populations through the end of February.

Update on COVID-19 #Vaccination plan update for #BC, see priority populations for Dec. to Feb: pic.twitter.com/wdTmpGTS7I

By March, BC will begin focusing on secondary priority populations, including community seniors over 80, people experiencing homelessness, and remote Indigenous communities.

From there, BC will make the vaccine more widely available. Details haven’t yet been released, but Henry expects more availability of vaccine to make things easier.

Come March, there will be increased amounts of Pfizer and Moderna vaccines available. Plan to begin mass vaccination strategy based on age. Province working on how it will be “accessible and fair” for BC residents pic.twitter.com/zWmSzR08B0

Pfizer’s vaccine, the first to become available, is also one of the trickiest to store and transport because it needs to be stored at -70°C. Those administering it have had to learn how to work with liquid nitrogen, how to use special deep-freeze gloves, and just how heavy the trays of vaccine that resemble pizza boxes are.

She hopes that by spring more vaccine candidates will be available, and that some of them will be easier to deal with logistically.