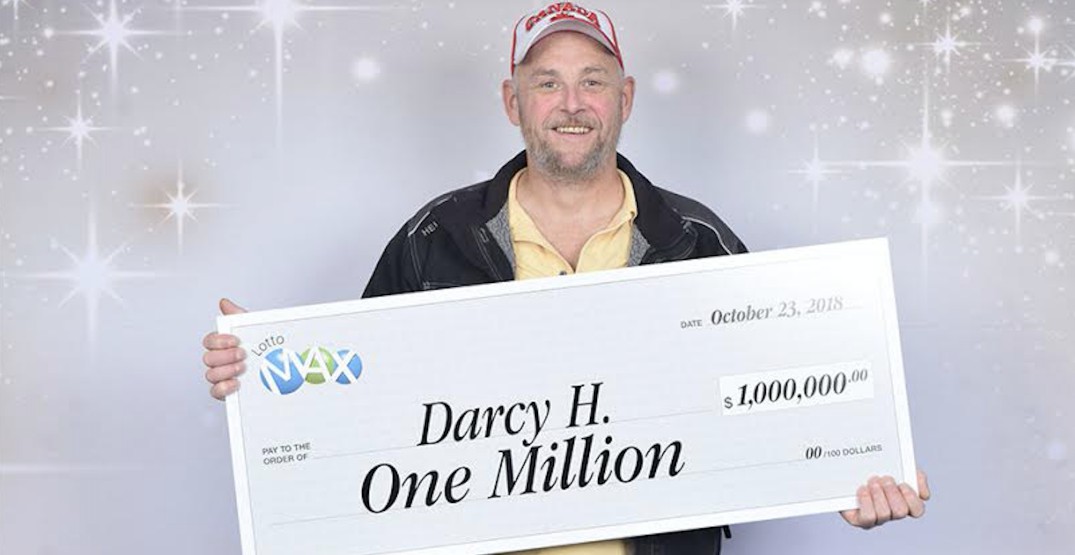 A BC man was carrying a winning million-dollar lottery ticket in his wallet for three months before realizing he had won earlier this week.

Darcy Hickey of Kamloops had the winning numbers for the July 6, 2018, prize draw. But he didn’t realize he had won until recently.

“I have dreamed of quitting my job, renovating my house and travelling,” he said, adding that he will now have more time to enjoy his favourite hobbies — fishing and coin collecting.

Hickey also said he hopes the money will probably change the outlook on life. “I won’t be so cheap… I mean frugal!”

BCLC is reminding lottery players to check their tickets as soon as possible. Players have one year from the draw date to claim their prizes.