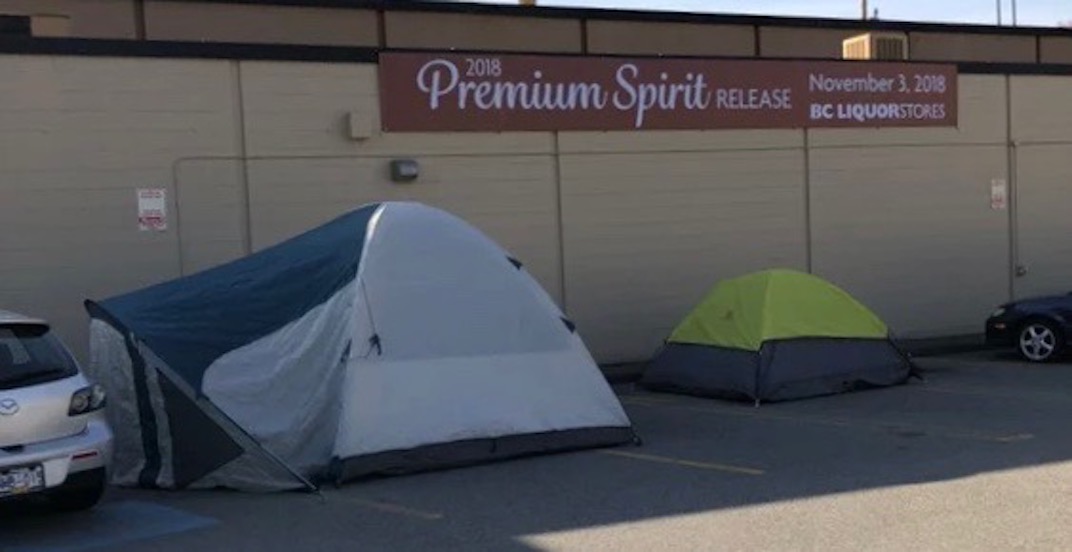 Think of your all-time favourite drink. Now ask yourself, would you camp in a parking lot for over two weeks to get your hands on the finest variety of it?

For most of us that answer is no, but for a few individuals in Vancouver, the conclusion was a hard definitive yes – and that’s exactly what they set out to do.

BC Liquor Store employees at the 39th and Cambie location noticed a couple of tents posted up in the parking lot along the side of the 5555 Cambie Street store last week.

The eager whisky-connoisseurs responsible for the set up were after the Glen Grant 50-Year-Old single malt whisky, a bottle worth around $15,000, but they were very early for the release.

Marbella Santiago, a clerk at the BC Liquor Store, told Daily Hive that “the campers were asked to leave the premises,” once discovered by employees.

Santiago said that the earliest customers can camp out before a release is 72 hours, so these folks were definitely a couple of weeks premature as the earliest they can line up is October 31. 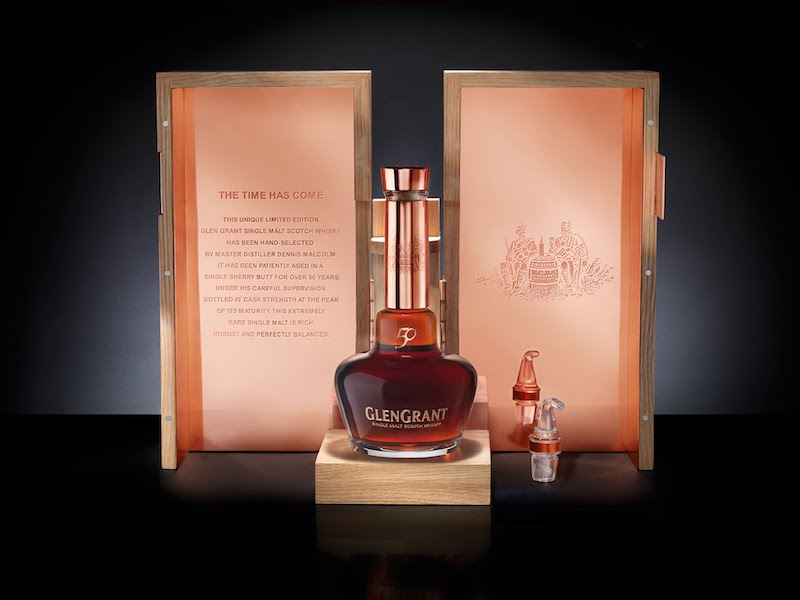 With a limited run of 150 bottles, this BC Liquor Store will be receiving a single bottle available for purchase November 3.

There will also be two bottles of the “ultra-luxurious” Grand Marnier Quintessence coming to the same BC Liquor Store in Vancouver. These bottles will ring in at a cool $999.99 plus taxes on November 3 as well.