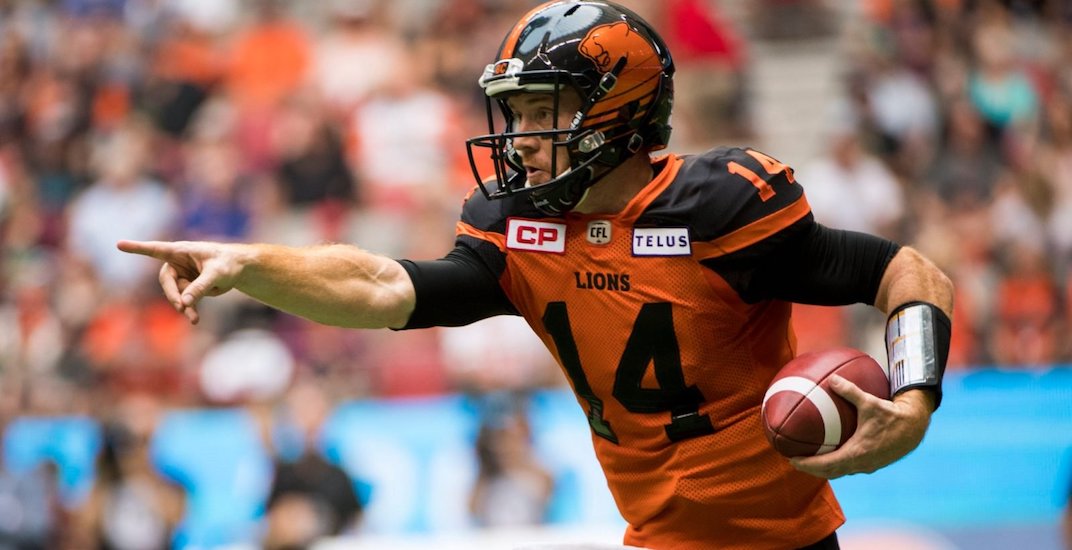 Travis Lulay will not be joining this year’s CFL quarterback carousel.

With a number of QBs changing addresses this offseason, including Mike Reilly signing in BC and former Lions starter Jonathon Jennings heading to Ottawa, Lulay’s not going anywhere.

After a 10-year CFL career, spent entirely with the BC Lions, Lulay announced his retirement on Thursday.

For ten years, you showed us what it meant to be a BC Lion: a man loved by the community, a prideful leader, a warrior on the field & an even better man off of it.

For ten years, you had our hearts & we had yours.
Thank you @TravisLulay.
Forever a Lion. #ThankYouLulay#BCLions pic.twitter.com/ttgPCVYLcO

Joining the Lions in 2009, the Montana State grad took over from Casey Printers as the team’s starting quarterback one year later. By 2011, Lulay was a CFL star, leading the Lions to a championship as Grey Cup MVP and being named the league’s Most Outstanding Player.

The 35-year-old sits third all-time among Lions quarterbacks with 21,252 passing yards on 1,658 completions with 127 touchdowns. Lulay would rank even higher had it not been for a rash of injuries during his time in Canada. He was sidelined on numerous occasions, but always found a way to battle back.

After suffering a career-threatening knee injury in 2017, Lulay not only managed to return to the field in 2018, but he reestablished himself as the Lions’ starting quarterback.

Lulay leaves the game content, and on his own terms. In an article he penned for 3 Down Nation, Lulay said he had offers to sign with two teams for “good money” as a free agent this offseason, but decided against it.

“It’s my time,” he said. “After 13 years, I’m walking away from professional football.”