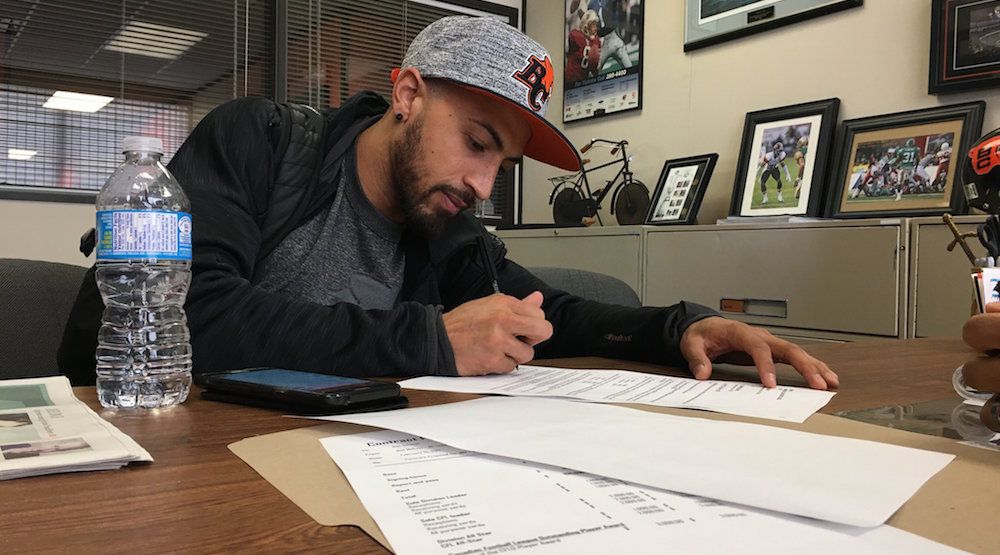 The BC Lions have confirmed what has been rumoured and reported all week, signing wide receiver Chris Williams to a two-year contract.

Williams is a four-time East Division All-Star, spending the last two years with the Ottawa RedBlacks.

“When you think of players who possess pure speed and the ability to get up the field, Chris Williams tops that list,” said Lions GM and head coach Wally Buono. “An effective and complete offence includes a combination of proven possession receivers and legitimate vertical threats. The addition of Chris makes our offence more complete and adds another level of excitement for our fans.”

The speedy receiver is an elite receiver in the CFL, but there is uncertainty about how he’ll bounce-back from a torn ACL injury that ended his 2016 season.

If the 29-year-old can recover 100% from his injury, he’ll add to an already potent Lions receiving corps with Emmanuel Arceneaux, Bryan Burnham, and Nick Moore.