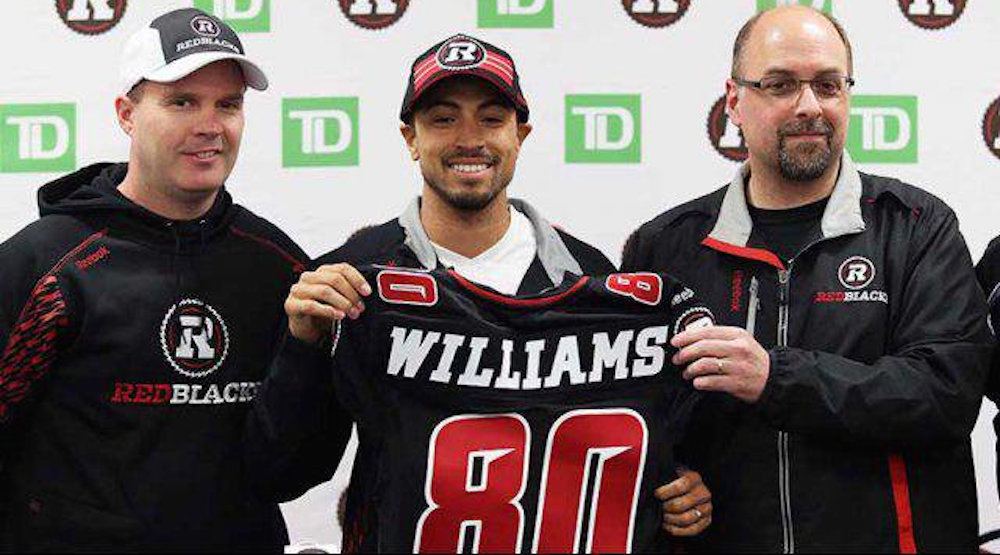 The BC Lions appear to have locked up another talented receiver.

On the second day of free agency, TSN’s Farhan Lalji is reporting that Ottawa RedBlacks wide receiver Chris Williams has agreed to a two-year deal, pending a physical.

Chris Williams has agreed to terms with #BCLions pending a physical. 2 year deal with a sizeable increase in year 2. #CFLFA @CFLonTSN

Williams was the Grey Cup champions’ most productive receiver last season, finishing sixth in the CFL in receiving yards, despite missing four games due to injury. Williams missed the end of last season, including the RedBlacks’ Grey Cup victory, with a torn ACL.

Burnham, Moore, and Iannuzzi were signed to new contracts in the last week.

WR Terrell Sinkfield is reportedly looking to the NFL.

Nothing written in stone but WR Terrell Sinkfield and OL Greg Van Roten are both currently said to be investigating NFL options. #CFL

It’s been a busy offseason for the Lions, who saw the likes of Adam Bighill, Alex Bazzie, Anthony Gaitor, Bo Lokombo, and Richie Leone bolt for the NFL.

Longtime Lion Ryan Phillips also left BC, signing with the Alouettes. Running back Anthony Allen is also making the move to Montreal.

.@ryan_4real21 gets a 1 year deal with Montreal. Likely a much-desired move to safety as well. Should be some fun battles w/ @dariandurant

TSN has reported on Wednesday that DL DeQuinn Evans (Montreal) and DB Matt Bucknor (Calgary) have both signed in BC.

The Lions begin the preseason in less than four months, and play their first regular season game on June 24.