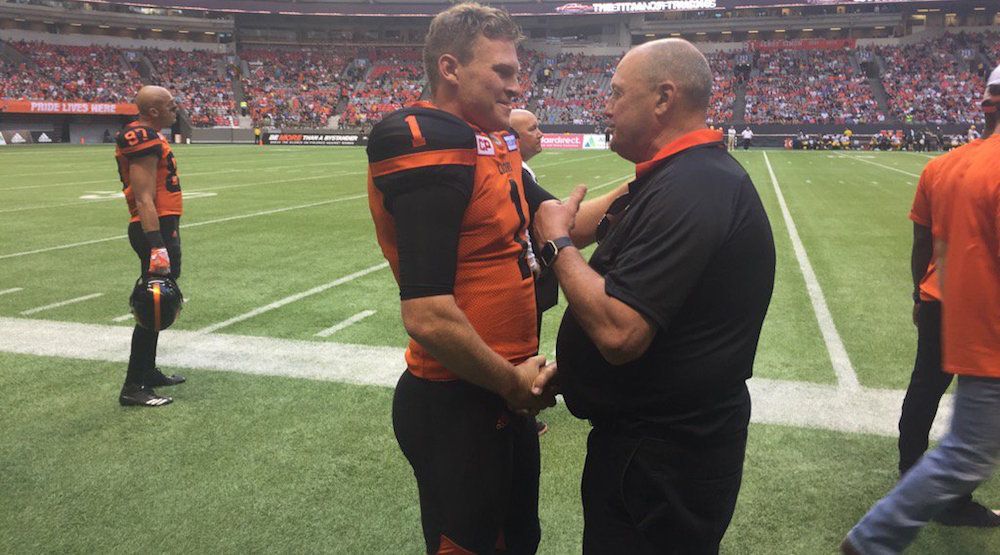 Swayze Waters, we hardly knew you.

We have released K/P Swayze Waters.#BCLions

A high-profile free agent signing, Waters never ended up playing for the Lions through the first three weeks of the CFL season.

The CFL’s Most Outstanding Special Teams Player in 2014 has been recovering from an injury he picked up in training camp since returning to Canada from the NFL this year.

The decision to cut Waters means the kicking/punting job now belongs to Ty Long, a 24-year-old rookie from Roswell, Georgia.

The 6-foot-2, 215-pound kicker joined the Lions as an under-the-radar offseason free signing. He bounced around the NFL for the past two years, signing with Washington and Pittsburgh, but not seeing any playing time.

After a rough debut in Week 1 when he missed an extra point that would have given his team the lead in the final minute, Long has found his groove.

Filling in for Waters, Long hasn’t missed a field goal since the opener, and is now 8-for-9 on the season. Long has excelled at the punting side of things as well, sharing the league lead for yards per punt (46.4).

After a tough loss against Edmonton at home to start the season, BC has won two in a row on the road in Toronto and Montreal. They’re on the road again on Saturday, facing Hamilton (0-2) before returning to BC Place six days later for a game against the Winnipeg Blue Bombers.

The wait is over….

🎥 ALL ACCESS: Step into the Road Warriors’ dressing room for Game Balls in Montreal!#WeAreTheLions pic.twitter.com/BMqa6AyGw9