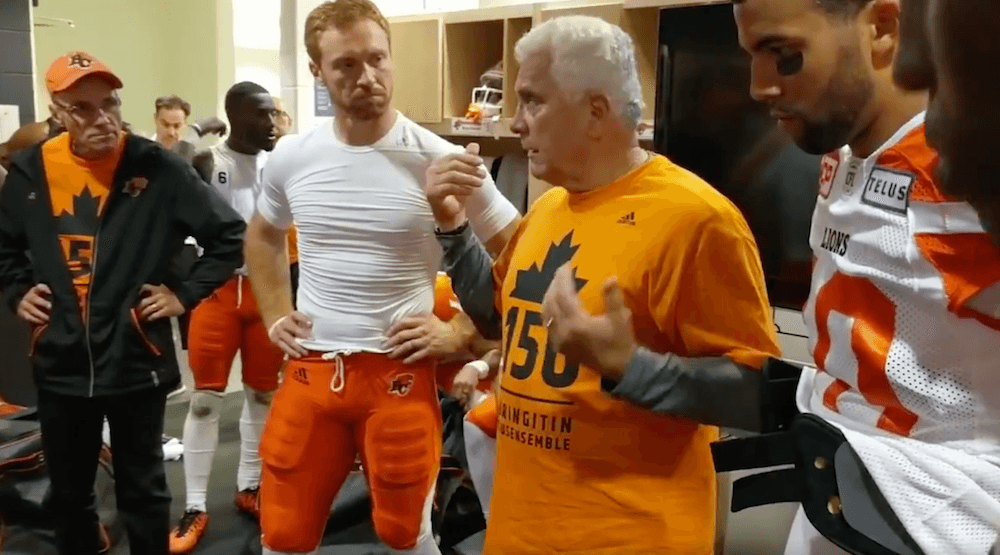 Football is unlike any other sport.

As physically demanding as any sport, there’s a reason why they only play once a week. And with rosters containing more players than any other popular team sport in North America, there are a lot of personalities.

And the BC Lions certainly have some personalities.

The Leos got their first win of the season Friday in Toronto, a come-from-behind 28-15 win over the Argos, and the team’s camera crew was there to capture the behind the scenes video.

“Have confidence in yourselves, have trust in each other, and go out and play football,” Buono said, commanding the attention of the room.

There’s a reason why Buono has been as successful as he has over the course of his Hall of Fame coaching career. He doesn’t bark at his players. Instead, he speaks to them like men.

Post-game speeches are like scenes out of a movie in football. Watch as Buono addresses the team, followed by game balls.

“Believe in yourselves. We’re a good football team.”

ALL ACCESS: Game Balls. The room was hopping after big win in the big smoke 🏈 💪 pic.twitter.com/TSUXmwO86A

BC heads to Montreal for Week 3 of the CFL season on Thursday for their second of three consecutive road games.