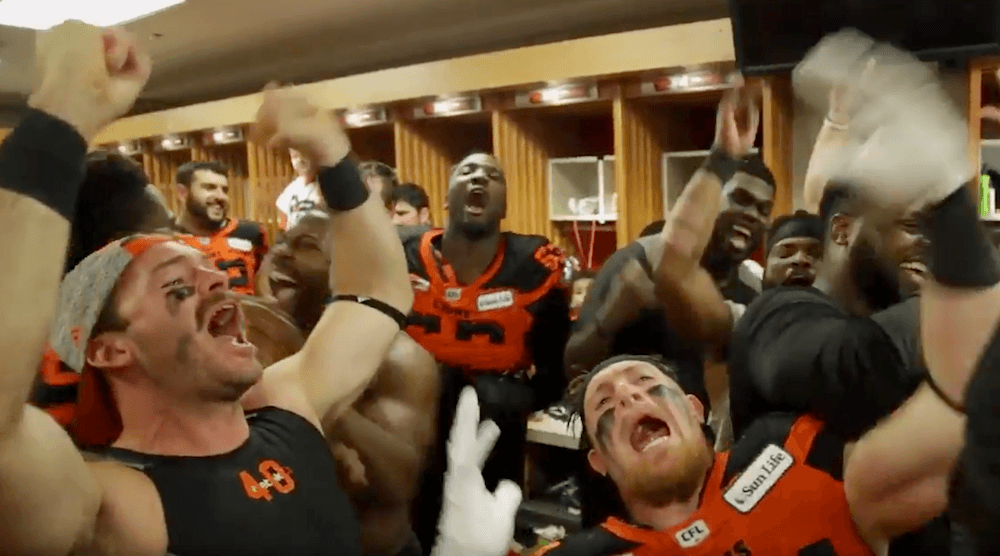 Football players are big men, often with even bigger personalities.

This holds true for the BC Lions who, after their comeback 32-31 playoff win over the Winnipeg Blue Bombers on Sunday, were full of emotion during their post-game speeches.

“I love every single one of y’all, that was a special moment,” linebacker Solomon Elimimian told his teammates.

Several players were on the verge of tears, while receiver Emmuel Arceneaux – who left the game after suffering a concussion – couldn’t contain his emotion.

You might want to grab a tissue for this one 😳 pic.twitter.com/zhXyHRNTxT

The Lions will head to Calgary this week for Sunday’s West Final against the Calgary Stampeders.