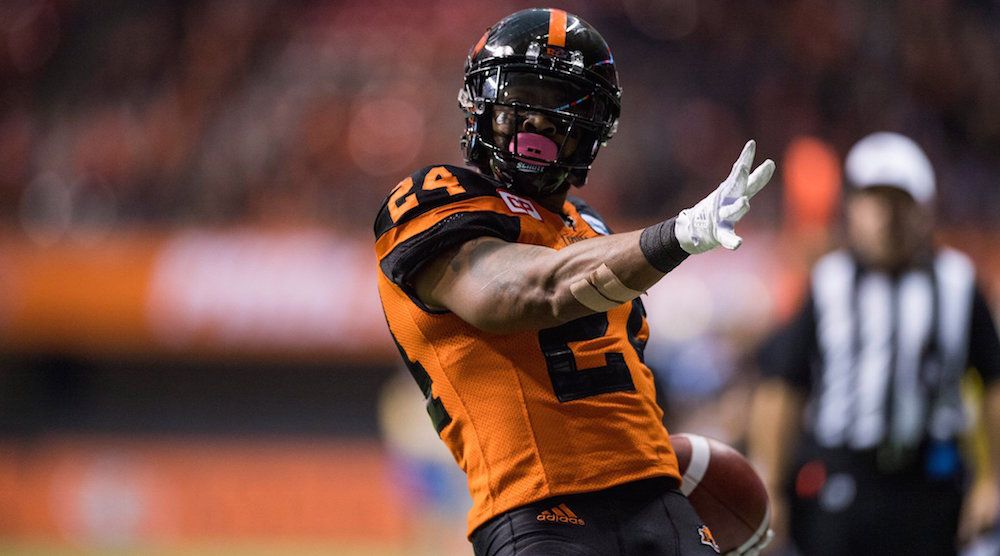 The BC Lions have advanced to the Western Final for the first time since 2012, after a dramatic 32-31 win over the Winnipeg Blue Bombers.

Down 25-6 at one point, the Leos grinded out a huge comeback victory to keep their season alive. Jonathon Jennings threw for 329 yards on 26 of 35 passing, while Brian Burnham led the way in the receiver category, hauling in four catches for 63 yards and this solo touchdown:

Jonathon Jennings scored the go-ahead touchdown with 1:06 to play in regulation, to put BC up by one.

Winnipeg ended up failing to retake the lead on a missed 61-yard field goal by Justin Medlock with just over 30 seconds left on the clock.

The fact that Winnipeg tried the long field goal attempt and didn’t elect to go for it on 3rd and 4, was questionable to many.

That decision was as bad as having to live in Winnipeg

BC out-gained Winnipeg in net yards 289-266, but still managed to be down double digits going into halftime. How, you ask?

For one, it was quite clear that Jonathon Jennings was rattled early, throwing an interception on just his second throw of the game, and then fumbling the ball on the Winnipeg 14-yard line later in the first quarter.

I don't care if Jennings is young. You could see that fumble coming a mile away the way he was carrying the ball. Irresponsible. #BCLions

The fumble, in particular, was back-breaking at the time.

The Bombers also stayed disciplined in the first half and weren’t penalized at all, while the Lions were flagged six times.

2. Eating easy on the ground

What a game for Lions running backs Jeremiah Johnson and Chris Rainey.

Johnson ran for 110 yards on 11 carries, while Rainey averaged over five yards per carry on seven handoffs.

Facing what could’ve turned into an ugly blowout, Johnson kept the Lions afloat in the late stages of the second quarter with a phenomenal 40-yard dash to the end zone.

Jeremiah Johnson refuses to go down, dragging defenders behind him en route to a 40-yard rushing touchdown! #CFLGameDay pic.twitter.com/sdCmYp6oNF

3. Nichols turns into a gunslinger

Matt Nichols passed for 390 yards and two touchdowns in this one.

Nichols has been an afterthought in the CFL since joining the league in 2010. He’s spent the majority of his time north of the border serving as a backup, and even started the year in Winnipeg as one.

The Bombers offence was firing on all cylinders for the first three quarters, and had many long plays like this one to slotback Ryan Smith:

.@ryguy_4 extends for his second touchdown in the half! #CFLGameDay pic.twitter.com/6LhhyCcenh

At about the midway point of the third quarter, Manny Arceneaux was clobbered in the endzone on a dirty hit by Bombers defensive back Taylor Hoffler.

The ‘Manny Show’ subsequently went to the locker room with a concussion, and didn’t return.

In the time that he did play, Arceneaux accounted for 56 yards on four catches.

Fellow wideout Shawn Gore missed yet another week of play with a concussion of his own, so the Lions have to be hoping not another key receiver has fallen to a head injury.

On the game winning touchdown drive, Jonathon Jennings showed the composure that he was lacking in the first half.

Jennings spread the ball out to all of his receivers, and capped off the possession by turning what looked like a possible quarterback sack into a game-winning nine-yard touchdown scamper.

Jennings must be more ready next Sunday in Calgary. If they shoot themselves in the foot against the Stampeders the same way they did in the opening frames of this one, it’ll be game over.

19,176 was the announced crowd this evening at BC Place.

It doesn’t matter that there was a Canucks game taking place across the street at the same time. Anything less than 20,000 for a CFL playoff game falls blame on the people of this city.

The Lions have been the most exciting team in the league all year long, and this is how they’re rewarded by the fans? Shameful.

What a disgusting attendance today. Stop blaming Canucks game was here today. That’s no excuse for the number of ppl in metro Vancouver https://t.co/eudGEms3Br

On to McMahon Stadium next Sunday, where BC blew a 15-point lead with under three minutes to play, back in late July.

Then again, this Lions team has changed for the better ever since.

Should be a great matchup for the right to play in the Grey Cup.