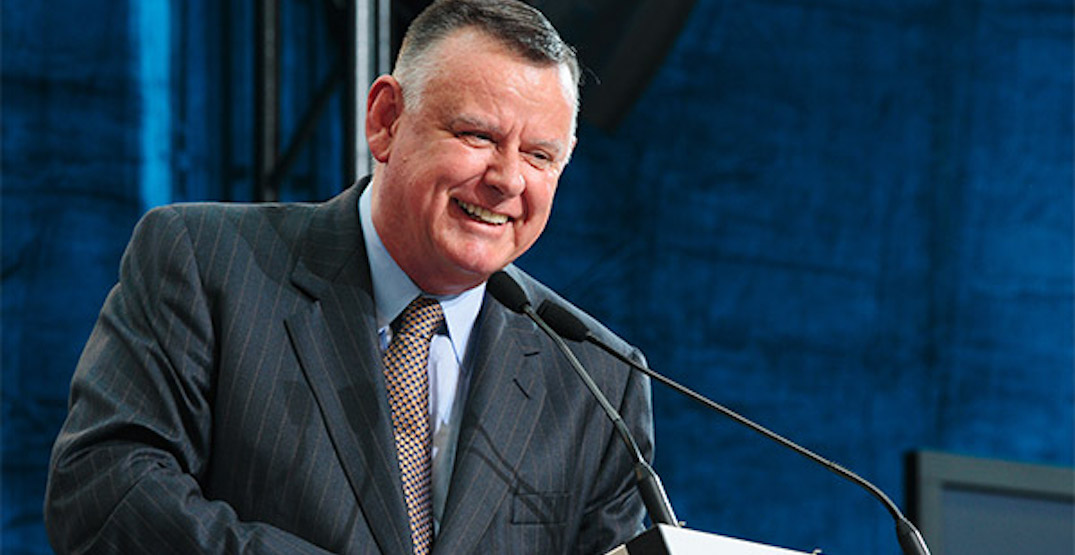 The BC Lions have announced that their longtime owner, David Braley, has died at the age of 79. He passed away peacefully at his home in Burlington, Ontario, the team said.

“We share this news with the heaviest of hearts,” said Lions president Rick LeLacheur. “David has been a proud and fiercely loyal owner of our team, a champion of the Canadian Football League, and a leader for whom his love of our game and our country went hand in hand and spanned decades. We share our deepest condolences with his family, friends and admirers.”

“One of his final acts of devotion to Canadian football was a clear expression of his desire that the stability of our club be maintained through a smooth transition following his passing. We will work closely with David’s estate to follow that plan.”

Among the smartest moves Braley made was to rehire Bob Ackles, as president and CEO in 2002. The following year Wally Buono was brought to BC to serve as head coach and general manager.

“David was bigger than life in so many ways,” the CFL said in a statement. “He was an entrepreneur who started a business in his garage and grew it into a successful empire. He was a philanthropist who contributed millions to health care, research and amateur sport. He was a proud Canadian engaged in public life who became a Senator and, ultimately, an officer of the Order of Canada.”

Not only did Braley help save the CFL in BC, he helped save it in Toronto too, owning both the Lions and Argonauts from 2010 to 2015. Braley also owned the Hamilton Tiger-Cats from 1989 to 1990, and even served as interim commissioner. Not surprisingly, he was inducted into the Canadian Football Hall of Fame in 2012. In December of 2019, Braley received the Order of Canada.

“We have lost our greatest champion. All of us associated with the Lions have personally seen, time and time again, David’s selfless commitment to our club and our fans,” said LeLacheur.

“But his example and inspiration, along with the direction he provided us all as his health failed, fuels our confidence in the Lions future. The BC Lions will continue to work hard to honour his memory by being the best we can be on the field, in the boardroom and in the community.”