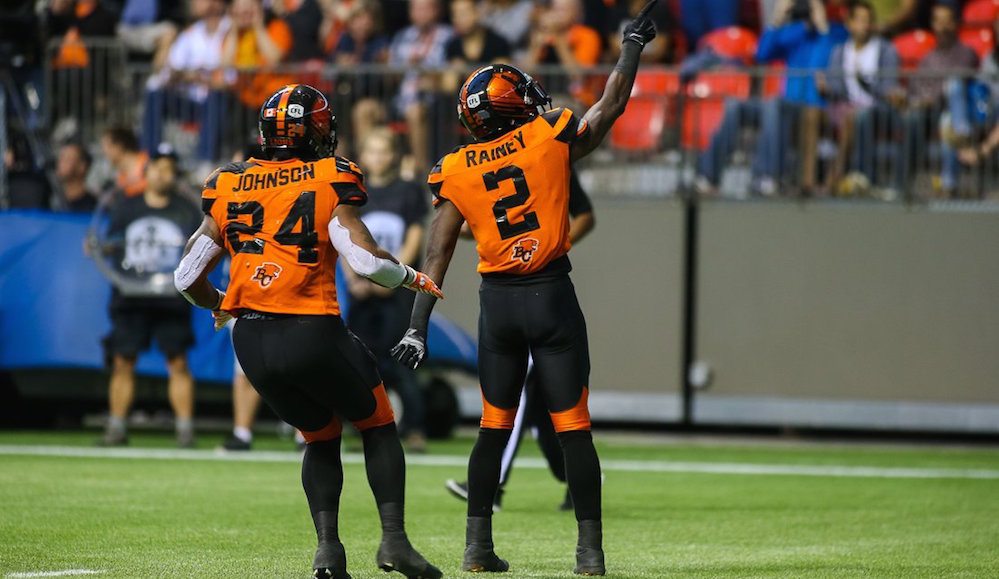 The BC Lions locked up perhaps their most exciting player on Monday, re-signing kick returner/running back Chris Rainey to a contract extension that will keep him in orange and black through the 2018 season.

“Chris is an exciting and dynamic player who not only gives us instant field position on special teams, but also has the ability to score from just about anywhere on the field,” said Lions GM and head coach Wally Buono. “I know our fans will have a lot to cheer about in the future with Chris in the lineup.”

He was nominated as the Lions’ Outstanding Special Teams Player and was named to the West Division All-Star team.

📽 “We’ve got a great team, a pretty stadium and I love winning.” @crainey3 is pumped to be locked up through 2018! 🌧 🏈 #BCLions pic.twitter.com/4ZnxTbg2dg