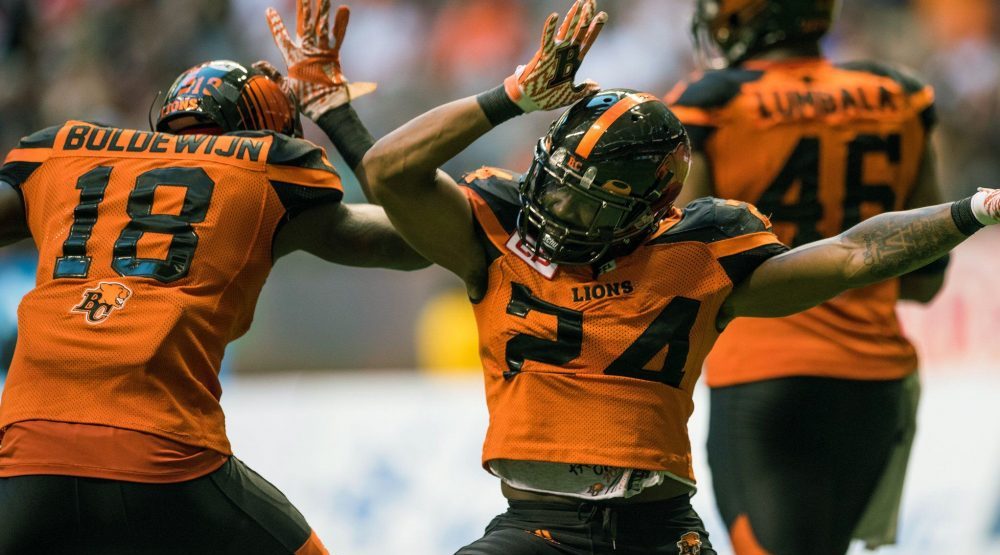 Hey Vancouver, I’m going to let you in a secret. Your CFL team is damn good this year.

I know many of you may not have noticed, but what the BC Lions have done this year is pretty impressive. They finished second in the CFL, and have a chance to win a Grey Cup. I’ll remind you that this was a young team without a mountain of expectations coming into this season.

After consecutive seasons where the BC Lions were downright unwatchable in 2014 and 2015, it is now safe to return to BC Place. With a 12-6 record, the Lions have completed their best regular season since 2012.

Also the first time since 2012: they’ll host a playoff game.

The Lions will play the Winnipeg Blue Bombers (11-7) in the Western semi-final on Sunday at 1:30 pm, and a big crowd is expected.

Hosting a playoff game? Getting a big crowd? Those are two things that a lot of people wouldn’t have expected to begin this season.

Under the direction of head coach Wally Buono, the Lions have not only been good this year, they’ve been entertaining.

📽 “It’s huge for the fans and huge for the organization.”@JJ_Jennings on earning home field advantage for the Western Semi-Final🏈 🦁 pic.twitter.com/4XquCzxEVp

Jonathon Jennings has been a treat to watch, throwing for over 5,000 yards in his first full season as a starting quarterback.

On the ground, Jeremiah Johnson and Anthony Allen have been a force. The two never play in the same game, with Buono electing to rest one or the other in any given week. Together, the two running backs have combined for more yards rushing than Calgary’s Jerome Messam, the CFL leader.

BC’s receivers have put on a good show this season, with Emmanuel Arceneaux and Bryan Burnham finishing third and fourth in CFL receiving yards, respectively. Burnham, in particular, has been a human highlight reel.

This is a good team, a fun team. Finally, it appears, fans have begun to take notice.

BC played four of their nine home games this year in front of disappointing crowds below 20,000. But in recent weeks, the fans have come back. The Lions had a respectable crowd of 22,831 two weeks ago – their largest home attendance of the season up to that point – in a big 32-25 win over the Edmonton Eskimos.

Then, for the Lions’ final home game of the season against the Saskatchewan Roughriders, 26,481 packed the lower bowl of BC Place.

Saskatchewan fans traditionally provide a boost in attendance, although last year’s game against the Riders drew 3,000 fewer fans. Attendance for Saturday’s home game is significant, particularly given that the game went head-to-head with the Canucks-Leafs game on Hockey Night in Canada.

The Canucks will be playing across the street in a rare matinee game at Rogers Arena during Sunday’s playoff game, but given how both of Vancouver’s teams have been playing of late, don’t be surprised if a number of people choose football in this hockey-mad market.