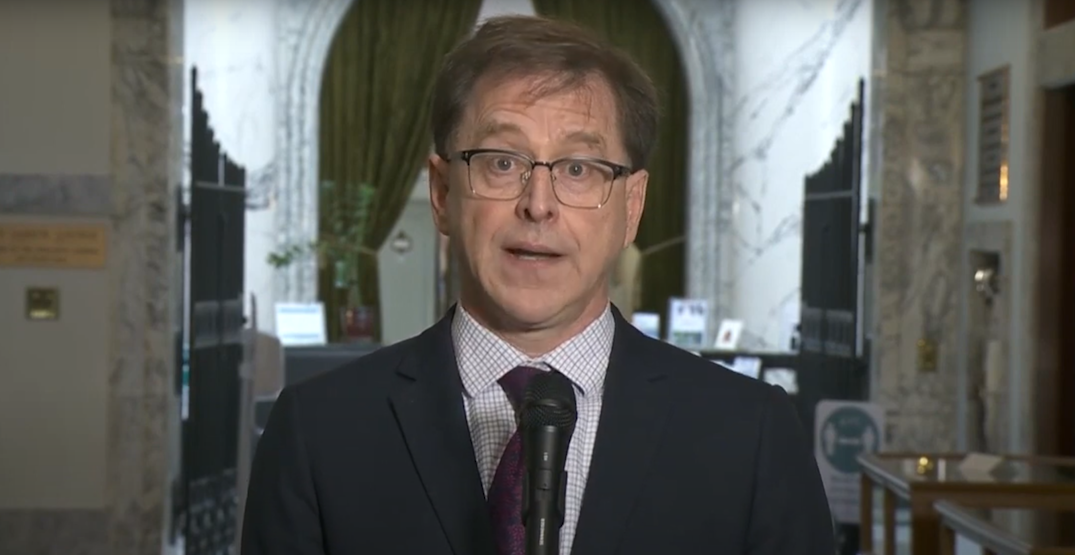 How does the CEO of BC Ferries get fired for a few cancelled sailings, but the province’s health minister keeps his job while people die waiting for help in overwhelmed emergency rooms?

That’s the question being asked by Opposition Liberal leader Kevin Falcon, who is blasting the NDP government for misplaced political priorities during a worsening health care crisis.

Falcon said he’s deeply troubled that Premier John Horgan’s government has spent more than a month engineering the appointment of former NDP minister Joy MacPhail to the BC Ferries board so it could terminate the CEO, but doesn’t appear to be holding accountable Health Minister Adrian Dix for the worsening doctor shortage, wait times, and overcapacity health system.

“Let’s think about this for a second — so what they’re saying is they’re upset because there’s been some missed ferry sailings and some challenges because [BC Ferries] is dealing with the staffing issues that almost everybody is dealing with,” Falcon said in an interview.

“But… if that’s really the rationale, then why is Adrian Dix still the health minister?

Collins was fired after crew shortages caused several cancelled sailings over the past few months, leading to long lines and angry customers. The ferry corporation blamed lack of staff, healthcare wait times, and the COVID-19 pandemic, arguing many companies are currently facing the same labour challenges.

The government gave Collins a short window to fix the situation before ousting him with a severance package worth more than $1 million.

But it has not taken similar action to reset leadership in the health care sector, following months of similar staffing shortages amidst nurses and doctors.

For that, Dix should resign or be fired, the Opposition contends.

The call for a new health minister comes after The Vancouver Sun first reported an older woman died in the overcrowded ER waiting room at Lions Gate Hospital this month after waiting for at least two days on a stretcher for help.

That’s led to temporary hospital and emergency room closures across the province, which has also had deadly consequences. A woman in Ashcroft, who lived on the same block as the village’s hospital, died this month after suffering cardiac arrest in her home while the hospital was closed due to a physician shortage. Compounding problems, CBC reported she had to wait 30 minutes for help because the only local ambulance was 50 kilometres away in nearby Clinton. Even if it had arrived in time, the local hospital closure meant the next-nearest hospital would have been an hour away in Kamloops.

Premier John Horgan has publicly admitted the system is in a crisis, and has called on the federal government to provide more financial help.