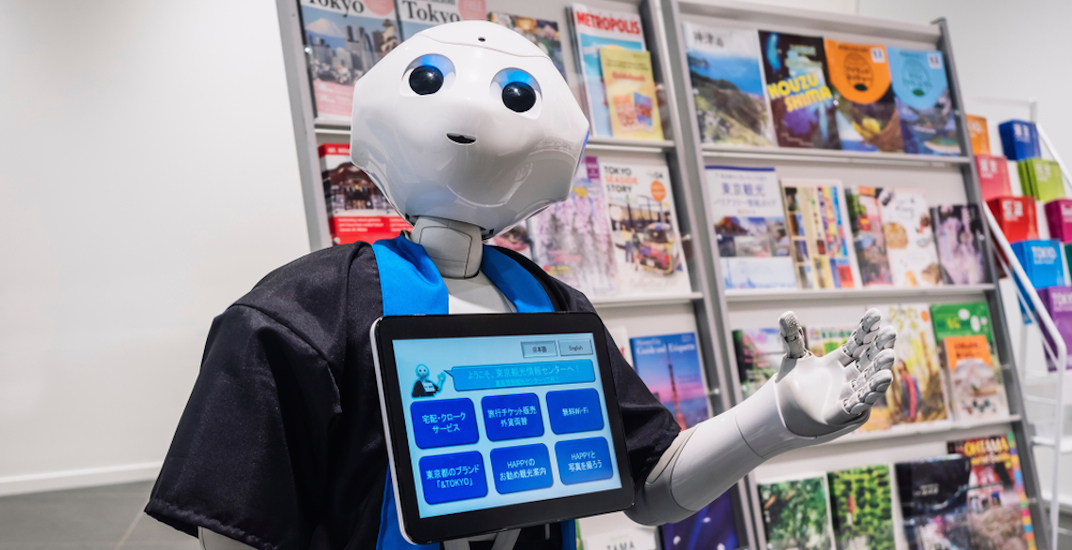 A robot assistant at a tourist information centre in Tokyo/ Shutterstock

A new report forecasts the automation of many jobs across various sectors in BC’s economy over the coming 10 to 20 years.

According to the Business Council of British Columbia, 42% of jobs in the province are in ‘high risk’ of being automated over the coming years. Another 37% are at ‘moderate risk’ of being replaced by potential automation.

It lists positions such as retail salespersons, food counter attendants, kitchen helpers, cashiers, transport truck drivers, food and beverage servers, general office support workers, and cooks as some of the positions with a higher risk of being automated. 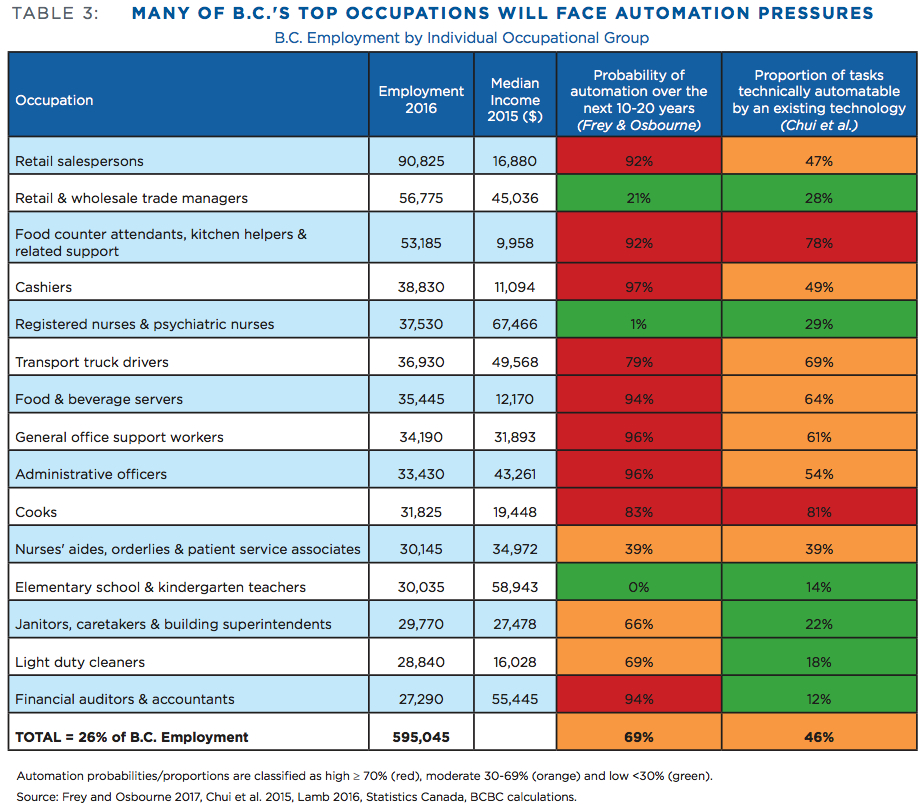 Automation potential of BC labour market, October 2018 report. Click on the image for an enlarged version. (Business Council of British Columbia)

Overall, the province has a slightly greater share of jobs in highly-automatable occupations compared to the rest of the country, and this comes with higher “adjustment costs,” as over half of jobs in BC are in the sectors of sales and service, business, finance and administration, trades, and transport and equipment operations.

Low-income workers may bear a disproportionate share of these costs, and such a transition to automation on a major scale could also worsen BC’s negative employment income gap relative to Canada, with all else being equal. 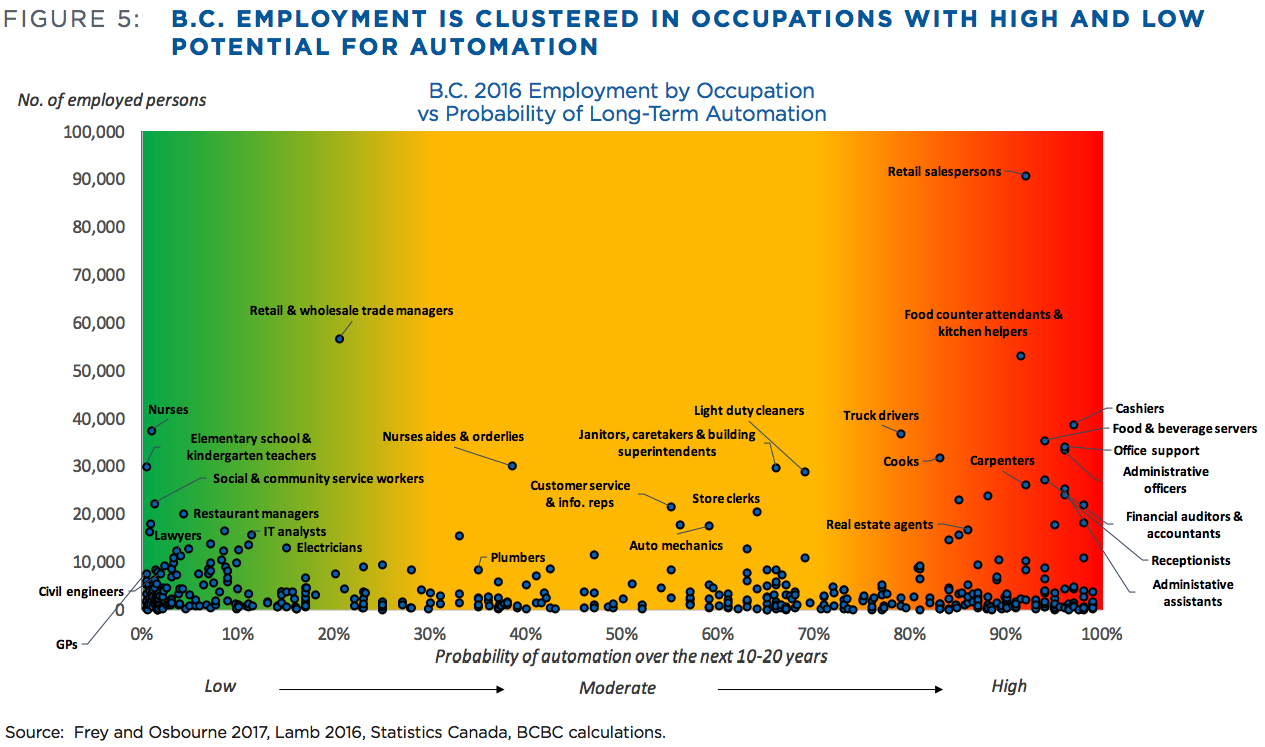 Automation potential of BC labour market, October 2018 report. Click on the image for an enlarged version. (Business Council of British Columbia)

Governments and educational institutions need to be prepared for this transition and support people in acquiring new skills for occupations that are non-automable.

“Adjustment costs are painful and can cause economic and social distress. Reskilling, re-tasking and relocation will be essential as some current tasks are automated and new roles for labour emerge,” reads the report. “Public and private institutions play a crucial role in ensuring that citizens are not left behind and have an adequate and comparable quality of life in the face of technological change.”

“The central message for policy-makers and business decision-makers is that the digitalization of the economy is underway… Governments should promote intense product market competition to spur productivity in the business sector. Survival is a powerful business motivator. ‘Creative destruction’ should drive the reallocation of labour and capital to best use, accelerate innovation and the diffusion of new technologies, and encourage firms to reap technology’s full benefits by scaling up.”