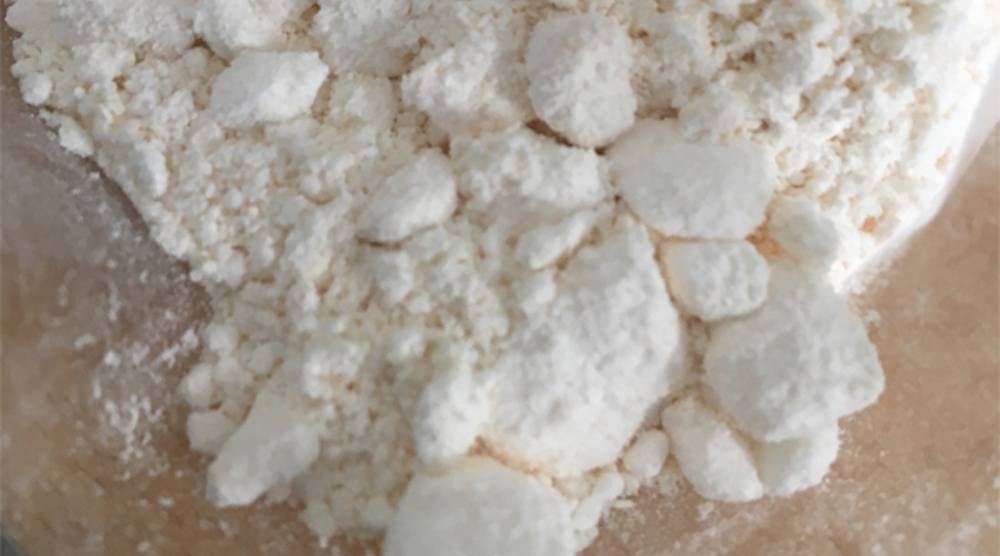 Health Authorities are warning the public after traces of a deadly synthetic drug were found in Kamloops last week.

On Friday, April 18, Interior Health confirmed that a batch of ‘Down’ beige pebbles tested positive for caffeine, heroin, fentanyl, and specifically, a synthetic cannabinoid called AMB-FUBINACA.

The health authority also explains that in high doses, AMB-FUBINCA “can look like an overdose but will not respond to naloxone.” 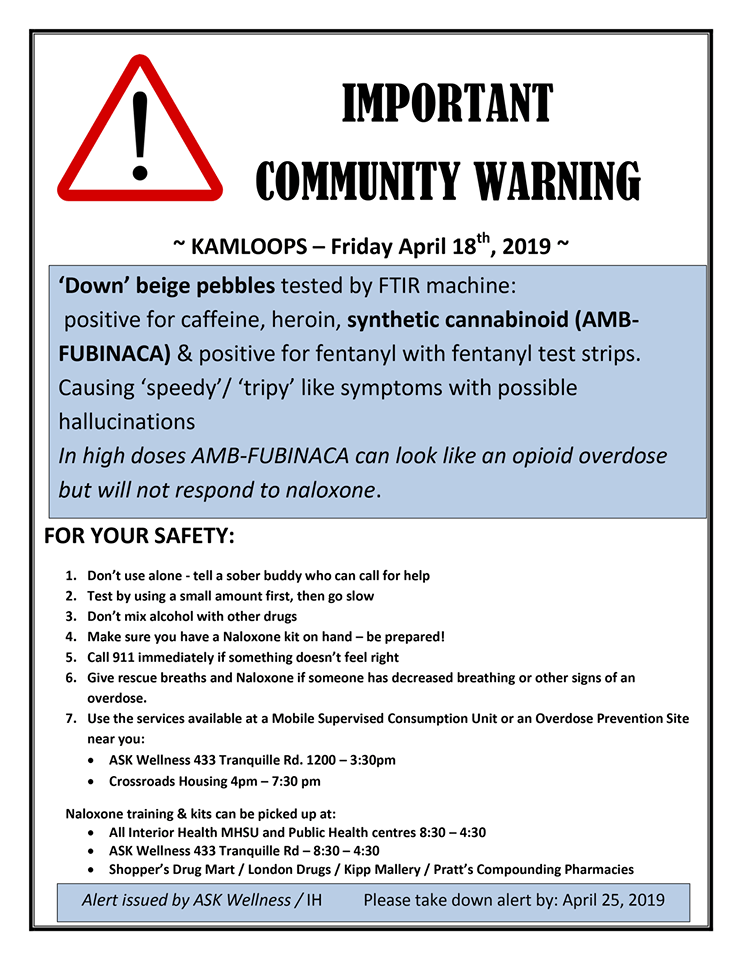 Interior Health is advising people to refrain from using narcotics alone, to test small amounts at first, to avoid mixing alcohol with other drugs, and to have a naloxone kit on hand at all times.

The synthetic drug, AMB-FUBINACA, goes by the street names of K2, spice, kronic, fake weed, and zombie and was first synthesized in 2009, according to Alberta Health Services.

The synthetic is most commonly created as a powder and then dissolved and sprayed on dehydrated plant material and smoked. It can also be sold in pill form, or as a liquid that can be smoked in vaporizer pens and e-cigarettes.

Psychological effects, according to the World Health Organization, can range from “a relaxed and unfocused euphoria” to feelings of “confusion, anxiety, and fear.”

The perception of time can also be distorted, and hallucinations, paranoia, and more serious psychiatric disorders can occur.

One of the most infamous incidents involving the drug took place on January 12, 2016, according to the New England Journal of Medicine. A mass intoxication involving 33 people occurred in a neighbourhood in New York City and was described by the press as a “zombie” outbreak.

The journal also explains that the “potency of the synthetic cannabinoid… is consistent with strong depressant effects” that create a “zombie-like” behaviour.

AMB-FUBINACA is said to be anywhere from 30 to 500 times more potent than THC and 50 times as potent as older variants of synthetic marijuana.