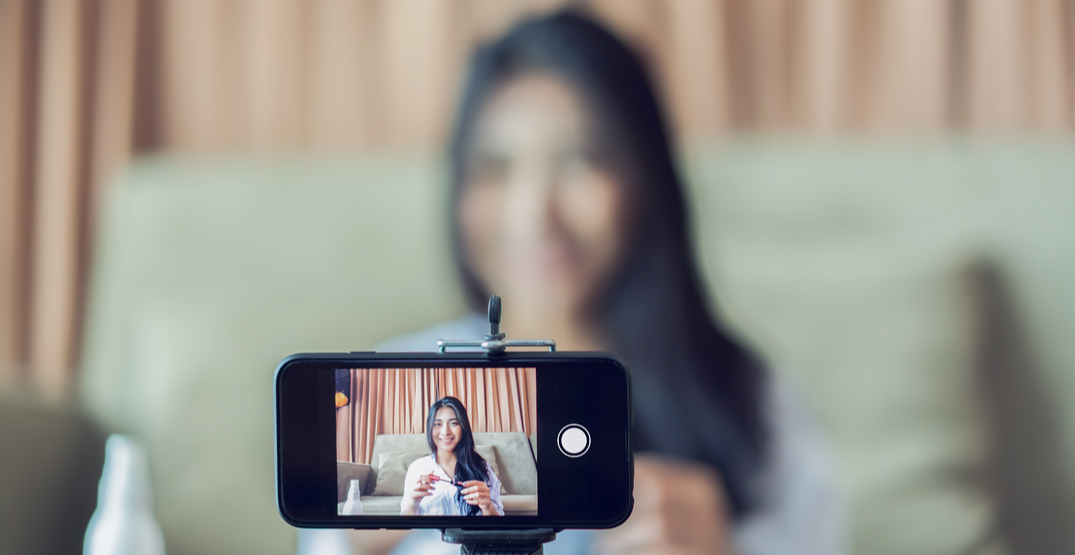 Influencers in BC are looking at new ways to capture amazing imagery, maintain creative clarity, and sustain their lifestyles all while navigating COVID-19. The pandemic has stalled momentum for many travel and food content creators, bringing most of their work to a standstill.

Braedin Toth, 27, is a visual artist who travels across BC, Alberta, and a few other nearby destinations to capture stunning images of nature. Toth’s Instagram feed takes viewers on a virtual voyage through the wilderness of BC and across Canada.

“I do photography and video for brands that are mostly adventurous and outdoorsy. That’s kind of my niche, just going out on hikes, road trips and creating images that kind of have a documentary feel, but kind of a dream-like approach,” said Toth.

BC put strict guidelines in place to ensure a safe return to public spaces, implementing a four-phase plan to open the economy. During Phase 2, residents are urged to avoid unnecessary travel and continued social distancing. Parks, outdoor spaces, and restaurants were allowed to open and operate, but under strict guidelines.

Phase 3 of the plan is scheduled for mid-June through September, to allow for a broader reopening of parks, hotels, resorts, and relaxed guidelines for people travelling throughout the province — if transmission rates remain low.

Toth said while he was never quarantined from his travels since the guidelines were put in place, the parks where he’d normally go to shoot his work were closed, causing him to find other ways to stay busy.

“I’d like to go into the parks because that’s where all the nicer places are. It’s also been a good time to catch up on things and make sure all my gear is organized. I’m kind of looking at what’s next, past lockdown when things open up and what is going to be the new approach.”

Toth said he does not believe the pandemic will change the way he creates too much, but since Phase 2 allowed for the gradual reopening of parks, he visited a local spot, but it was overwhelmingly crowded with campers.

“I try to go off to the spaces that have more room and aren’t as busy or maybe harder to access. For example, we went to Jones Lake in Hope. It’s a really bumpy, steep dirt road and that kind of makes it not really accessible for everyone to go up there. We try to go to the unique mountain trails that offer mountain peaks. We like to go out and find places and do things that are kind of exciting and unique and fun,” said Toth.

As for companies still leveraging influencers during this time, Toth said some of his clients have been business as usual due to their current strategies, while others have tightened their purse strings.

“Some benefit from people being at home, consuming their products, and needing their services. While others have cut their budgets and try to reevaluate. Our clients have been affected in different ways — pausing certain services — and we have just been adapting to that, restructuring our business and going from there,” said Toth.

Tiffaney Lau, 23, a Vancouver food blogger, knows all too well how the sudden halt of a business can prohibit work as an influencer in the food industry. Many restaurants she would frequent had to stop operating or slow down due to health concerns. 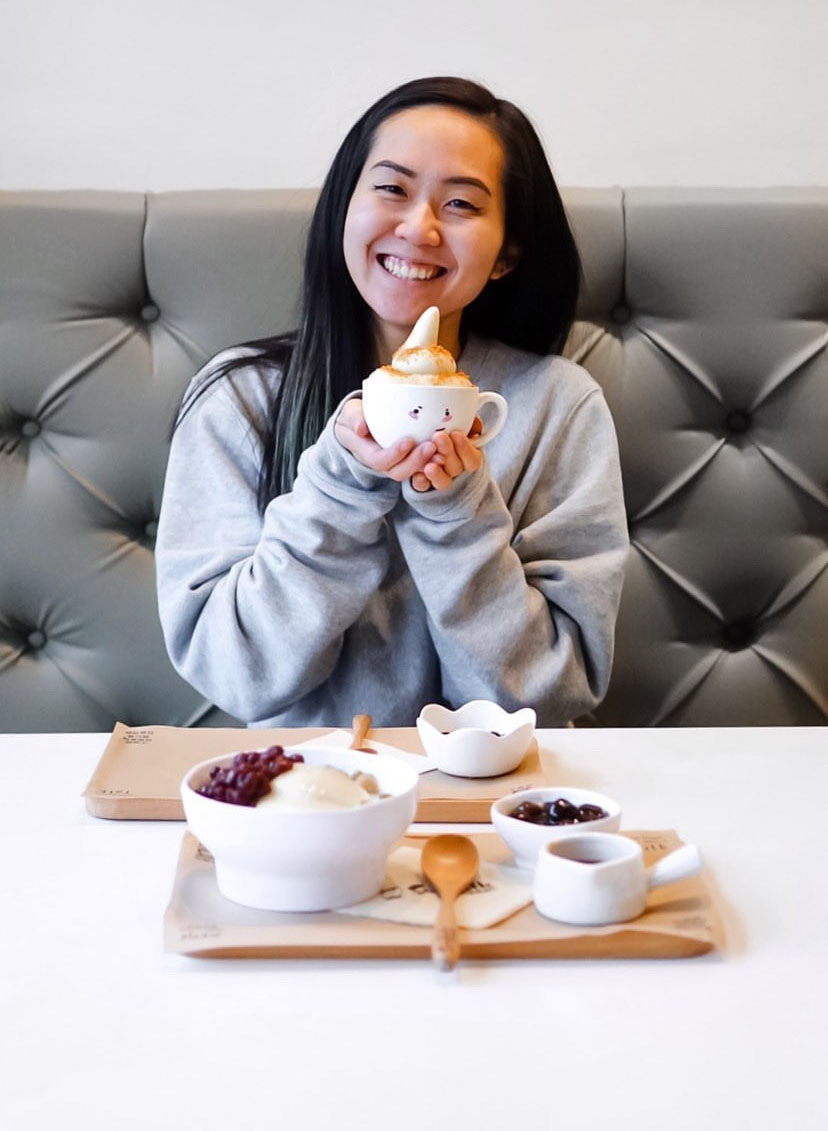 Lau’s work consists of discovering new places to eat across Vancouver, trying a variety of different dishes and taking photos for her Instagram followers to get inspired and hopefully stop by the restaurants to try for themselves.

She says setting up for a photo shoot has become more of a one-woman show, as she would usually have to enlist the help of fellow influencers to do anything from holding items to even pouring syrup. With social distancing measures in place, she has had to get her family more involved.

“I think the biggest shift has been from going out to taking pictures at home. I like to take my pictures outside because it’s the best lighting, but I’m a bit wary of COVID-19, thinking about if I should be exposing my food to the air. My parents have not been involved before and I think it helps them understand what I do more, giving them a new perspective,” Lau added.

As restaurants have been slow to reopen in BC and some strictly doing take out, Lau said she has found time to get creative with her images and has been cooking a lot of her own recipes.

“Things have been trending now toward more home dishes. I’ve been posting a lot more of my home cooking and experimentations. I’m interested in baking and being at home has given me a lot more time to bake things I’ve always wanted to try,” said Lau.

How Influencers can get ahead

For the last ten years, there has been a general trend towards influencer marketing. With the trend unlikely to be disrupted by the current pandemic, Darren Dahl, professor of marketing at the University of British Columbia, said the premium for creativity will be higher than ever because of COVID-19 restrictions.

“Influencers will need to be even more creative and come up with ways that they can communicate and be different in the more uniform environment that we now live in because there is so much restriction now on what we do. It’s going to separate the really effective influencers versus the mediocre,” said Dahl.

Due to limitations put in place by COVID-19 guidelines, Dahl said there’s no question that some niches are going to be shut down diminished. So BC influencers will need to focus on not only what they create but also how they cover current issues.

“The notion of authenticity becomes more important because consumers want to know what you say you really do believe. So if you come out with a statement on COVID-19 or BlackLivesMatter, whatever is current right now and those are two very big issues, being authentic in terms of how you are being perceived as a brand is probably the most important thing,” said Dahl.

If you’re a lifestyle blogger, Dahl said it may be difficult to be able to get creative given that there is not the same range of freedom, and travel content creators no longer have a product at least not for the next six months.

“If you have been a travel blogger for example, there’s really not a lot of new you can bring to bear because no one else is in that situation. But you can get creative with respect to traveling around the province here. Maybe you pivot from being an international blogger to a provincial blogger,” said Dahl.

Moving forward as a creative in BC

Toth said he is excited for Phase 3 of BC’s Restart Plan and hopes to spend more time backcountry camping. He said the opportunities for influencers are vast and anyone interested in a creative space should always be working, growing and learning their craft while being at home.

“Having access to the internet is such a valuable resource and there’s so many ways to learn new things. I’ve been watching different things on YouTube like how to modify my vehicle so I can camp more efficiently. I have these books on places to hike that are kind of off the beaten path and just making plans for the future,” said Toth.

Lau on the other hand, prefers to use this time at home to engage with her audience on Instagram and make more connections around the world. Lau said while she has felt discouraged in the past and encourages other influencers to not give up.

“There’s a lot more connecting going on right now. I’ve had moments where I didn’t want to take pictures and was kind of in a funk about everything, but it’s okay to feel like that,” said Lau.

“I would say not to stress out about not being able to create content. A lot of our goals were to just spread awareness about food we like to eat or share our dishes with one another. I want to remind other creators to not forget why we started doing this in the first place.”