A new study released by BC Hydro shows just how addicted British Columbians are to their smartphones.

The study found that over a quarter of BC residents aged 25 to 54 would rather give up seeing their spouse or partner for a day than give up their smartphone or tablet for 24 hours. For those aged 55 to 64, the number jumps one-third.

The report, entitled “Constantly Connected: BC’s obsession with personal electronics and how it’s shifting household electricity use” found more than three-quarters of British Columbians own a smartphone and spend, on average, 4.7 hours a day on their device. 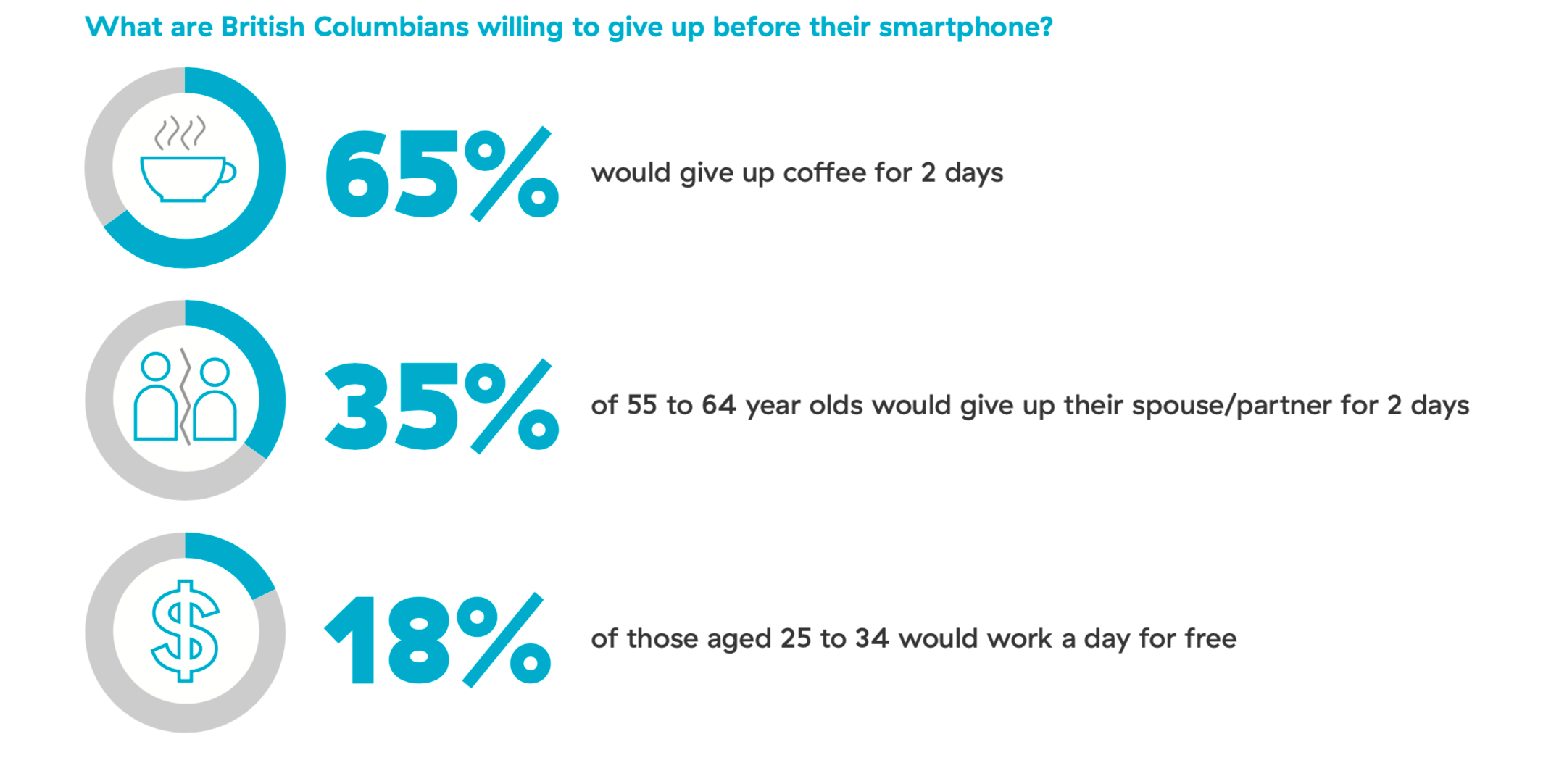 “Over the past decade, there has been a dramatic shift in how people use power in their homes. The popularity of small personal electronics – like smartphones, laptops and tablets – is driving this trend,” said Chris O’Riley, BC Hydro’s President and Chief Operating Officer, in a press release.

In addition, BC Hydro said this “obsession” with technology is changing how British Columbians are using power at home. In fact, it’s resulted in a 150%  increase in electricity use from small electronics since 1990.

In response, BC Hydro has offered some tips on how to help people save power, electricity, and money. These include: