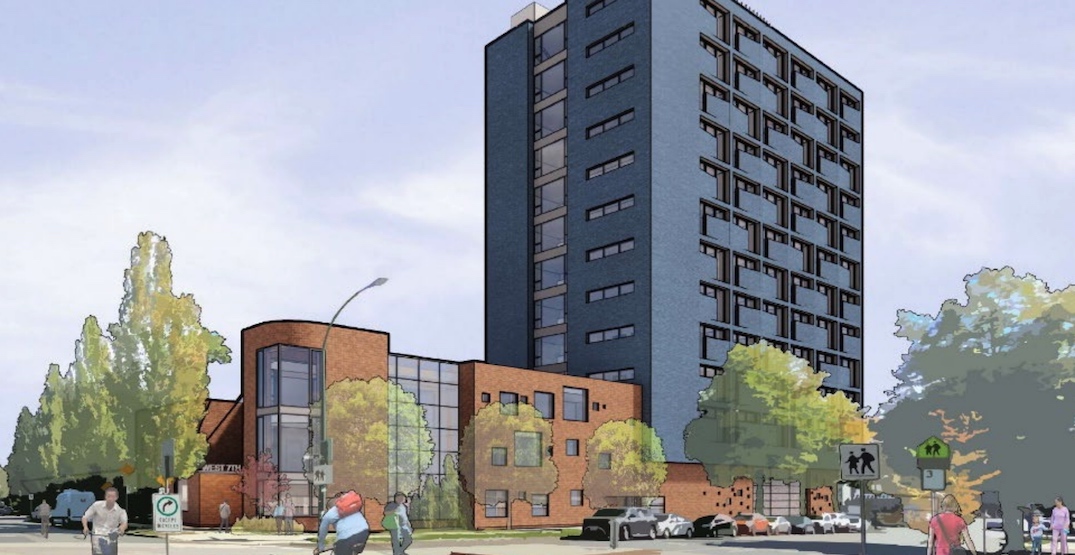 A retired BC criminal judge who is well known for his work in establishing Vancouver’s Downtown Community Court in 2008 is making it publicly known that he is opposed to BC Housing’s proposal to build a sizeable social and supportive housing project in Kitsilano.

Vancouver City Council is expected to arrive at a decision in late July on the provincial government’s controversial rezoning application to build a 13-storey building with 129 single-occupancy units for individuals experiencing or at risk of homelessness.

Half of the units will be used as supportive housing, while the other half will be deeply affordable social housing for individuals ready and able to live more independently, according to City staff. BC Housing originally proposed 140 units, but this was later downsized to 129 units to “improve urban design performance.”

BC Housing has selected not-for-profit entity MPA Society to operate the building and serve residents upon completion.

It will be located at 2086-2098 West 7th Avenue and 2091 West 8th Avenue — immediately north of the future entrance into SkyTrain Arbutus Station and the 99 B-Line bus exchange. The site is also adjacent to St. Augustine’s elementary school. 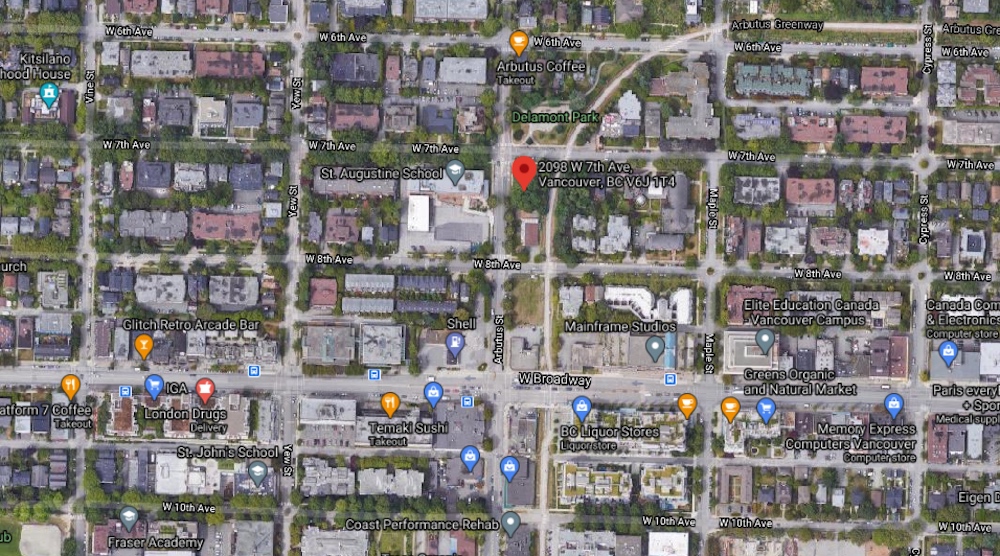 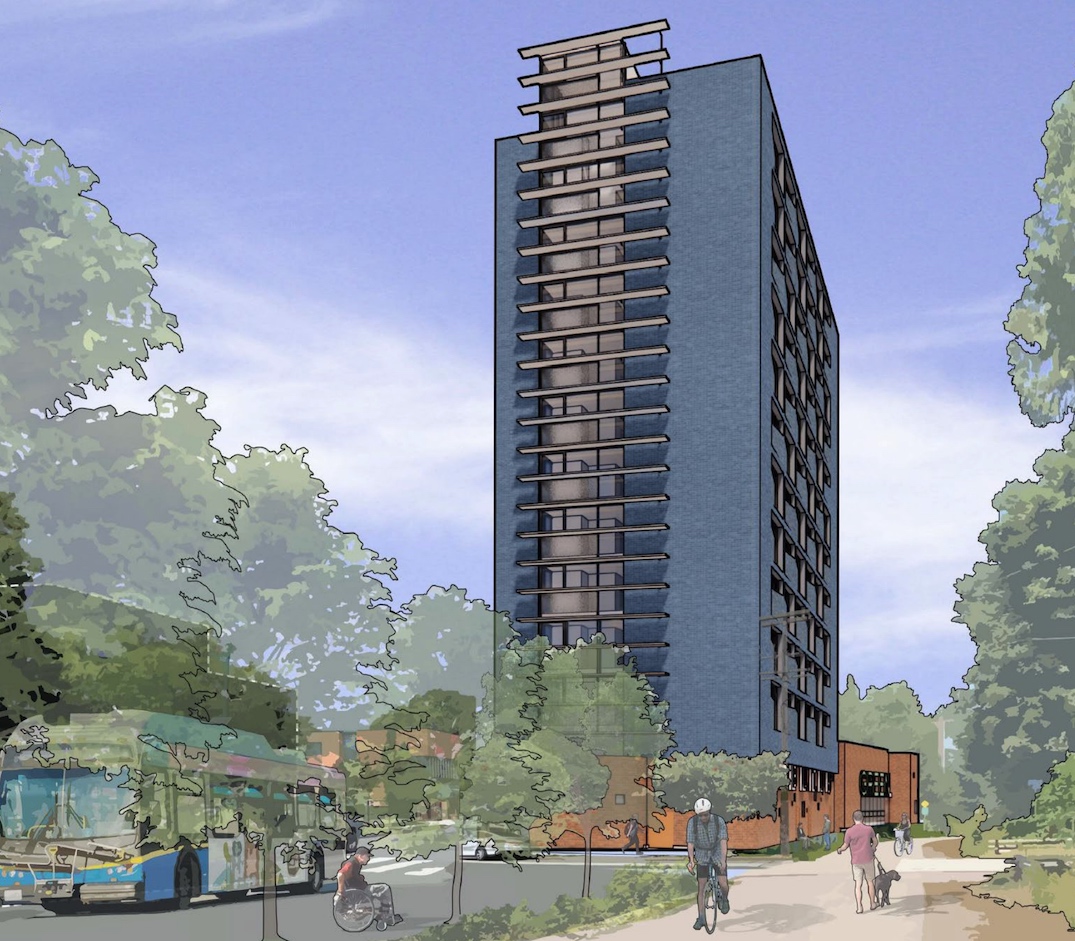 In a public statement Thursday, retired judge Thomas Gove says this project is the “wrong model, the wrong size, and in the wrong place.”

He states that academic findings and data, and real-life examples from his community court show that “if you congregate people with serious [mental health and addiction] problems into one building, you are simply importing the culture of the street into their building, and that doesn’t help the residents of the neighbourhood.”

He asserts that any concentration of people with such issues in one large building, whether it be in the Downtown Eastside, Kitsilano, or any other Vancouver neighbourhood, does not work.

Gove essentially paints a picture that such a building becomes a hotspot for illicit and unwanted activity. The building will technically house 129 residents — one person per unit — but he says drug dealers will follow their clients, which means more disruptions at the building and the surrounding area.

“The neighbourhood needs to understand that while the building might have 129 units, you can count on the people living there to have others staying with them, which means doubling the occupants coming and going from the building,” he wrote.

“We see that all the time in the Downtown Eastside, it’s just a fact of life for a building like that, and you can expect it at the proposed project in Kitsilano as well.”

Gove worked in the Downtown Eastside for over 25 years, including 14 years at his community court, which is dedicated to dealing with the high number of offenders in the city centre with health and social problems, including addiction, mental illness, homelessness, and poverty. This special court aims to address the needs and circumstances of offenders, and the underlying causes of their behaviour. 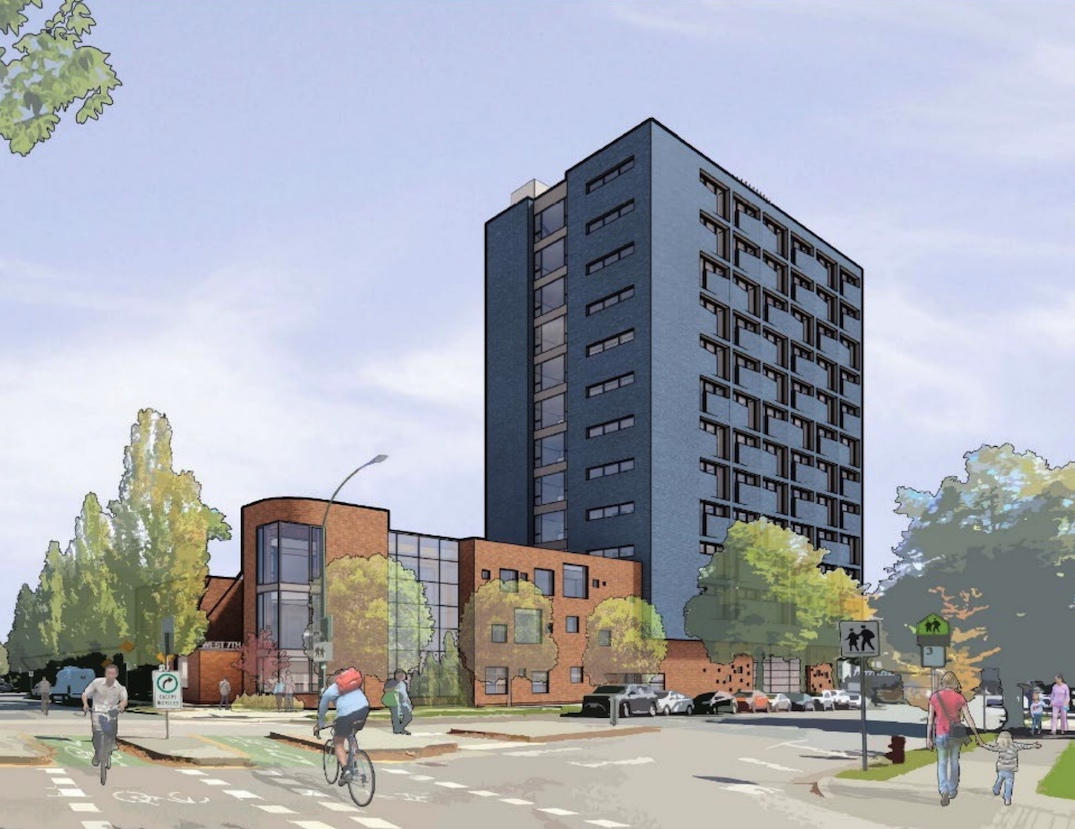 Based on his experience, he says, one of the main issues with the proposal is that it lacks the high level of treatment and support services its residents will require.

“The right kind of housing, with the right treatments and support services, is what we should be pushing for as citizens of Vancouver, but that’s not what is being presented to the folks in Kitsilano,” stated Gove.

“I believe that BC Housing and the City of Vancouver need to be honest with the people living near this incredibly large proposal. Expect a lot of police calls, expect more crime, and expect disruption to your neighbourhood, because that’s the nature of the model being proposed. When it’s only about housing, and not about making lives better or healthier or safer, this is what you get, and until we all demand better, politicians will stick with what they know, even when it doesn’t work.”

He adds that the provincial and municipal governments need to learn from past and current mistakes, instead of replicating the same model that has not worked.

BC Housing and municipal staff have not suggested whether this project could eventually transition into becoming a complex-care housing site, which is a new model of housing that upgrades the supportive housing model to include 24/7 wrap-around supports of treatment and specialized care, such as support from nurses, social workers, and other health professionals. It should be noted that participation in the complex-care housing model is completely voluntary.

As of Thursday night, marking the fourth date of this proposal’s public hearing, City Council has reached public speaker 225 out of a total of 280 people registered to speak. The public hearing will resume at 3 pm on July 25, with City Council expected to vote on the project before ending the meeting.