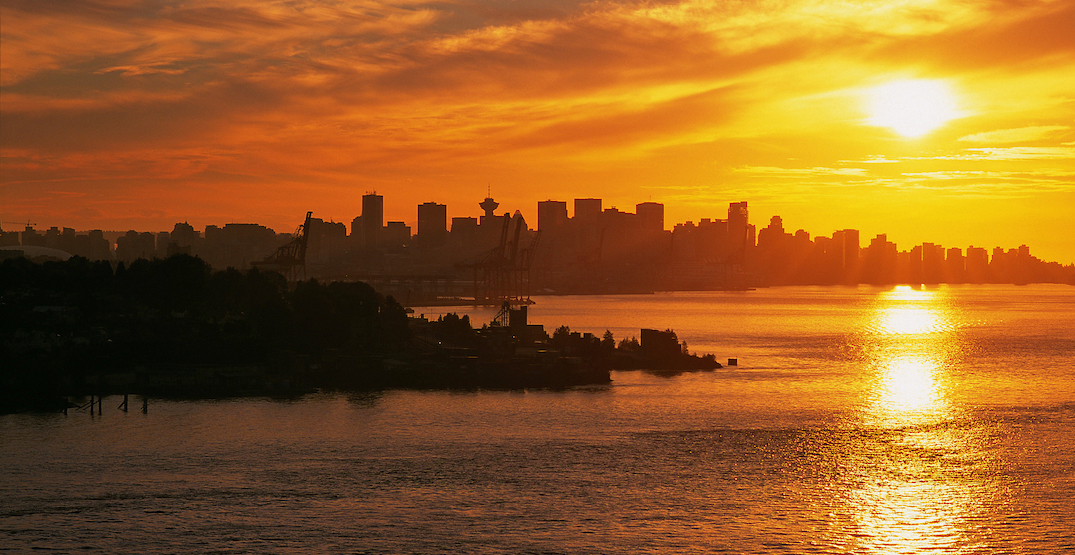 Silhouette of the downtown Vancouver skyline from the Ironworkers Memorial Bridge during sunset. (Shutterstock)

According to Environment Canada, 59 areas across the province saw their hottest June 28 on record yesterday.

Tuesday is expected to be the final day of BC’s long-standing heat wave, with relief and lower temperatures forecast for Wednesday.