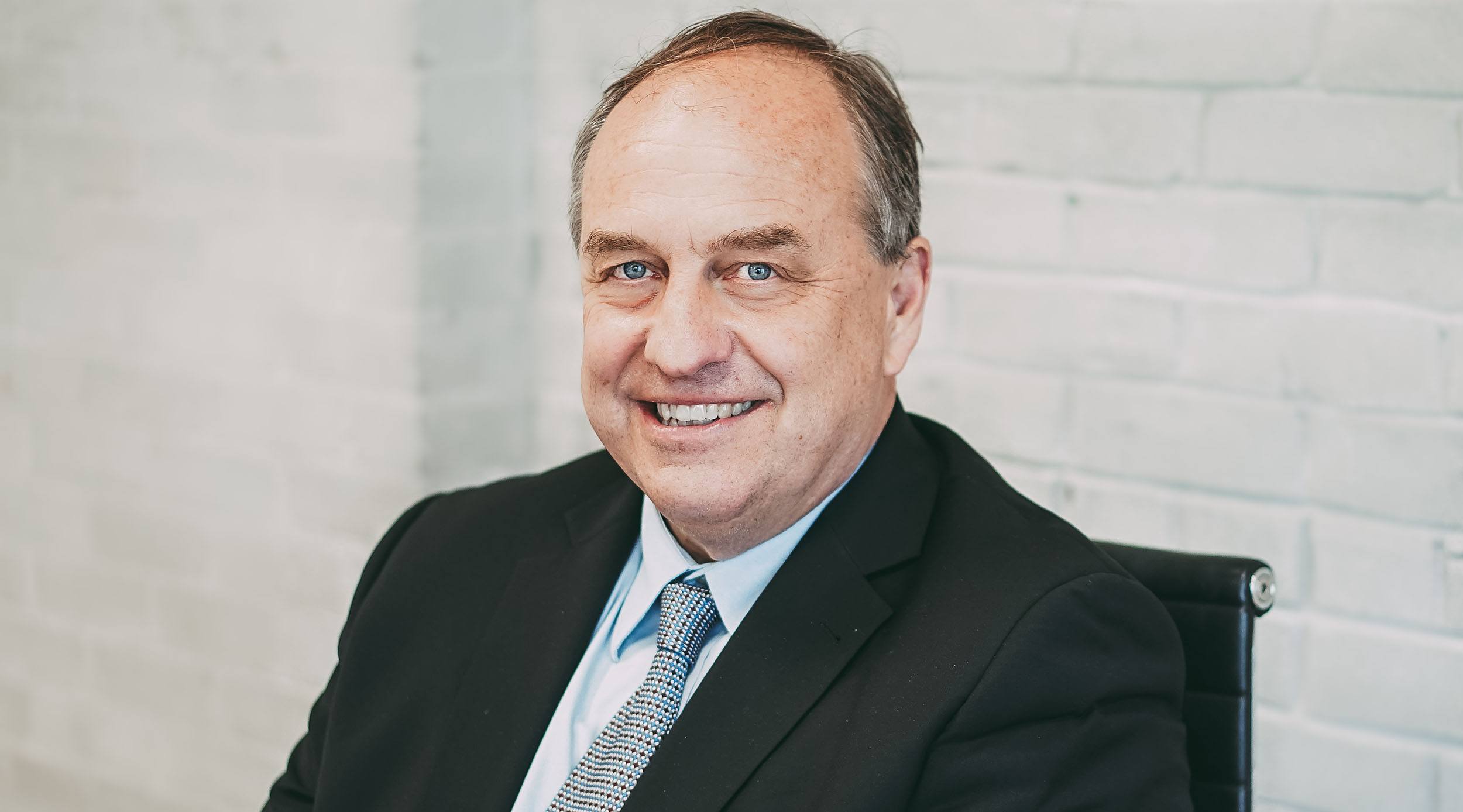 As the BC Liberals cling to power weeks after a tight provincial election, and the BC Greens agree to support a BC NDP government, Andrew Weaver has been talking tough.

In a frank phone interview with Daily Hive on Tuesday, the BC Greens leader shared his thoughts on everything that’s happened since the tumultuous May 9 vote.

“It’s been incredibly busy. At times there’s been this grand burden of responsibility on our shoulders and difficult decisions to make,” said Weaver.

“But it’s also been quite exciting. It’s kind of a rollercoaster of emotions and reactions.”

Despite the excitement though, Weaver is also keeping a sharp eye on what incumbent BC Premier and BC Liberals leader Christy Clark is doing.

The BC Greens have agreed to back a minority BC NDP government, but Clark has come out fighting, saying she will not yet be resigning from her post as BC premier.

Instead, she is recalling the legislature on June 22, to test the confidence of the house. That means introducing a throne speech or budget to see if it will pass.

‘I would have resigned’ 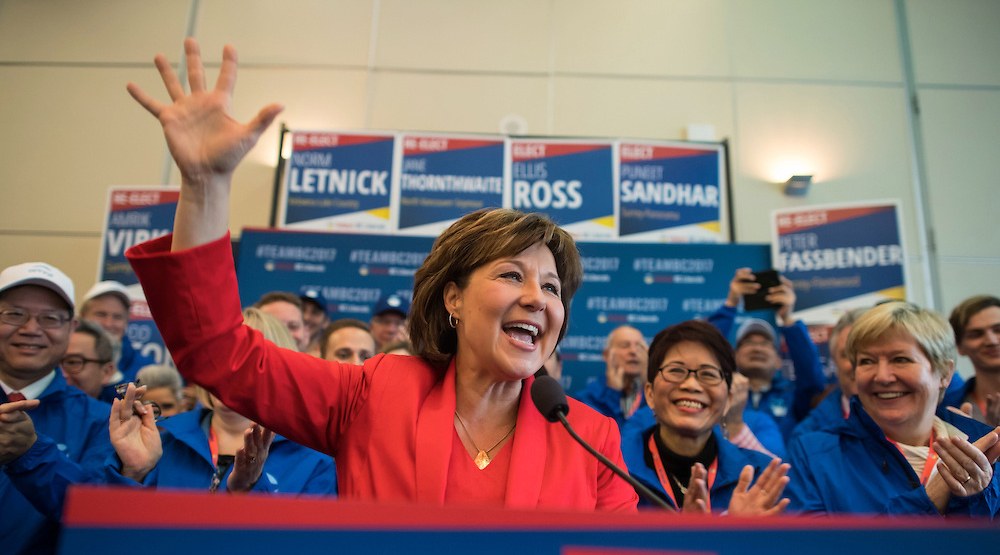 BC Liberals leader Christy Clark during a BC Liberals all candidates meeting. (John Lehmann/Today’s BC Liberals/Flickr)

“If it were me, I probably would have resigned as premier,” said Weaver. “But I don’t judge her negatively for not doing that.

Weaver says he’s going to give Clark the benefit of the doubt for now, but not if she attempts to delay a vote on the throne speech until the budget is introduced, for example.

“My concern is that the Premier wants to have her cake and eat it too,” said Weaver.

“Games can be played if the Premier wants to play games and to delay… That would be very odd and that would be an act of desperation.”

What about the throne speech itself? Some have mused Clark may fill it with plans the BC Greens and BC NDP would find hard to vote against.

“Without any doubt the BC Liberals will put in their throne speech nuggets that have emerged based on subsequent conversations from the election. They’d be remiss if they didn’t,” said Weaver.

Nevertheless, it seems unlikely Clark’s throne speech will pass. And if it doesn’t pass, she doesn’t have the confidence of the house and she would be expected to resign as premier.

The rest is up to the Lieutenant-Governor Judith Guichon, the Queen’s representative in BC, but it’s expected she would ask the BC NDP to form a government.

Especially given the fact the BC Greens’ formal agreement to support a BC NDP minority government has already been published.

Prospect of another election?

So far, so good for Weaver and his counterpart in the BC NDP, leader John Horgan. But what if things go wrong?

That’s why the BC Greens and BC NDP released the agreement, says Weaver.

“Let us suppose that something happens and the BC Greens are very upset,” said Weaver. “If the public doesn’t know why we signed the agreement we did, they’ll just blame us.”

“I think it’s critical that people know the basis on which we formed an agreement… We want to be very clear in our agreement what we agreed to, and also what we did not agree to.”

And Weaver says there’s another reason why he’s not worried about being scapegoated by the BC NDP if things go wrong – the prospect of an unwelcome election.

“We are very principled. You start to mess with us, and start to screw us over, well you know, there’ll be another election.”

“But I don’t believe that’s going to happen, because I believe we both want the same thing. We want to ensure that we demonstrate to the BC public that a minority government will work.” 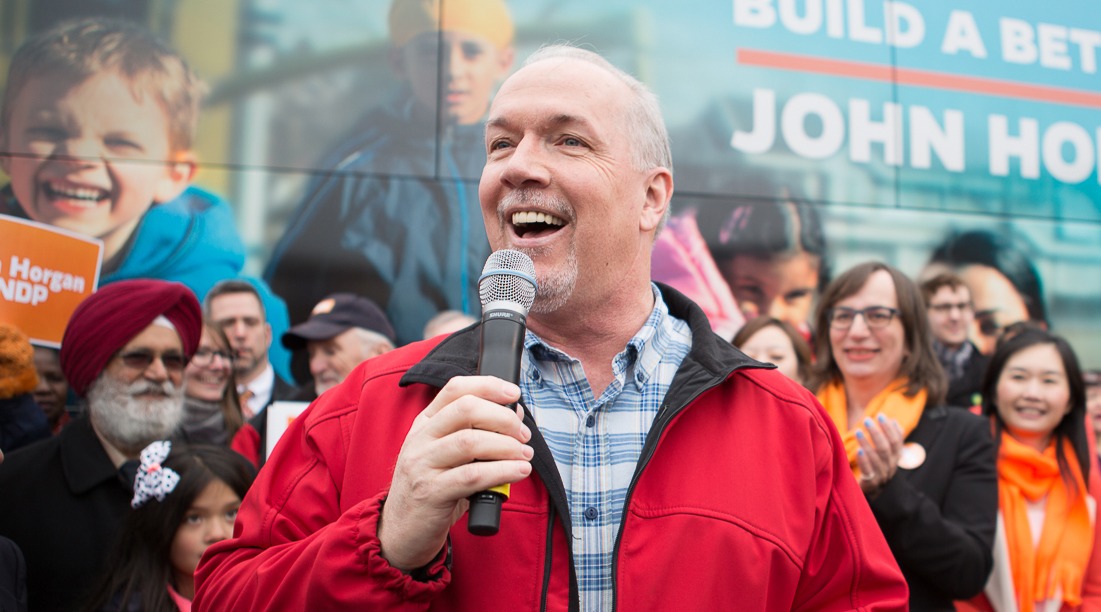 An agreement between parties is one thing, but the people involved is quite another, with many questioning whether Weaver and Horgan can even get along, let alone work together.

Weaver says this speculation is unfounded, and while things got heated during the election campaign, in real life, they get on perfectly fine.

“We went to a rugby game, we sat beside each other, we had a good chat. We talk all the time, because we have to. We’ll catch up with each other’s opinions of what’s going on.”

The BC Greens did negotiate with the BC Liberals, as well as the BC NDP, in hopes of coming to an agreement to support a minority government on one side or the other.

And while Weaver and the two other BC Green caucus members, Sonia Furstenau and Adam Olsen, didn’t always agree, Weaver says, in the end, the BC Liberals had to go.

“The BC Greens didn’t necessarily come into negotiations as united.

“We came into negotiations with different visions as to what this meant and we came to an agreement. These are very, very difficult decisions,” said Weaver.

“Very simply, it was time for the BC Liberals to have a bit of a time out… They have been singularly focused on the corporate agenda and people have fallen off their radar.”

With the BC Liberals likely to take that time out soon, Weaver is hoping the future of politics in BC is more collaborative across all parties.

“We’re not elected to act like spoiled brats in a sandbox who are getting all pissy at each other because there’s only one shovel and we don’t know how to share,” said Weaver.

“The reality is, there is the ability to work together. This is not about power, this is about policy. And I’m just hopeful that we’ll build on our commonalities, rather than focus on our differences.”

Ultimately, Weaver says he’s not in this for future electoral glory, but so people can benefit from good policy that puts people first, rather than political calculations.

“We said what we were going to do, we articulated why we did that, we documented our decisions.”

“If we get wiped out at the next election because we made the right policy measures, so be it. If people liked it and vote us in as a majority government next election, so be it.”

“What I want is for people to know that the BC Greens, we’re principled all the way through.  If that is what people know the BC Greens are, I will be delighted.”