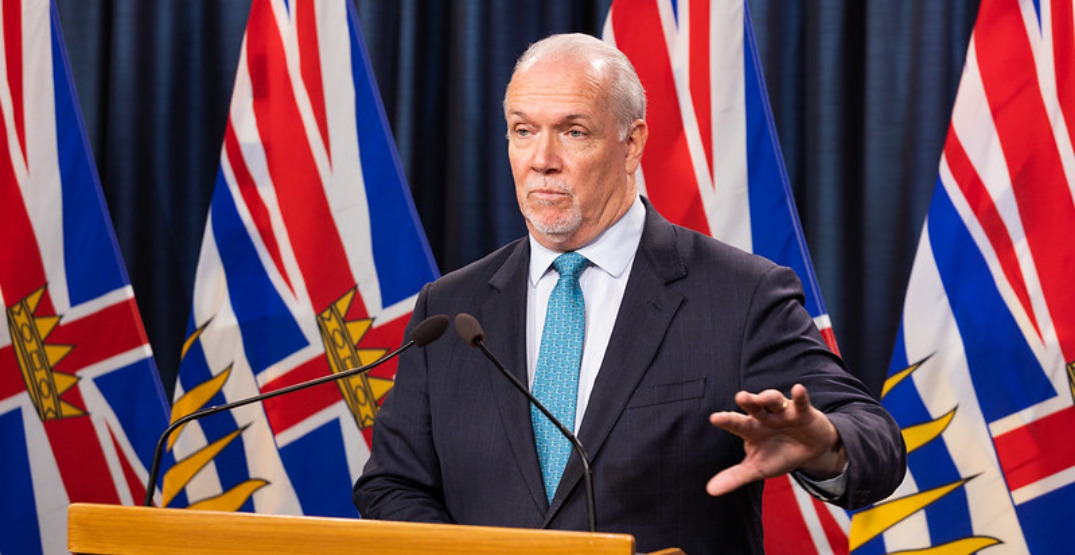 After BC declared a state of emergency in response to devastating flooding and mudslides, the provincial government responded to criticism about its handling of the disaster.

At a press conference on Wednesday afternoon, Premier John Horgan suggested the unprecedented weather event left them with no options to prevent the devastation that has impacted thousands of residents.

Government officials also responded to concerns about the BC Emergency Alert System not being utilized.

“These are extraordinary events not measured before, not contemplated before,” said Horgan.

He suggested that the recent weather events would help prepare better for future ones. He was also adamant that there was “nothing that could have been done” to prevent the devastation from impacting parts of the Fraser Valley.

“We all know that we live in a rainforest. We get wet in November, but nothing remotely resembling this,” he added.

“I think all British Columbians fully understand that — that now we have to better prepare for events like this, but we couldn’t have even imagined it six months ago.”

A report from the Fraser Basin Council in March 2020 contradicts Horgan.

“Preventive planning and flood protection are critical since a major flood today would have severe social, economic and environmental consequences,” reads the report.

“These include risk of injury and loss of life, damages and loss of property, temporary loss of infrastructure and community services, disruption of business and trade, degradation of water quality and harmful impacts on fish and wildlife habitat.”

They also predicted that a major Fraser River or coastal flood could lead to economic losses of $20-30 billion.

Public Safety Minister Mike Farnworth responded to a question regarding why a province-wide alert was not used. He alluded to the fact that DriveBC issued alerts drivers about road and highway conditions, and that crews were out over the weekend to help inform people. He also mentioned that alerts could have been used at a local level by the municipality in question.

“The reality is that this weather event was unprecedented.”

He was asked about the alert system several times, suggesting that experts on the ground determined it was not necessary.

“That’s how these decisions need to be made. By the experts on the ground, not by experts on Twitter.”

Many have taken to social media to express their discontent with this response from BC government officials.

Reminds me of the last time there was a deadly weather event when John Horgan said: “But it was apparent to anyone who walked outdoors that we were in an unprecedented heat wave. Again, there’s a level of personal responsibility” #bcpoli https://t.co/tTAzFQke1O