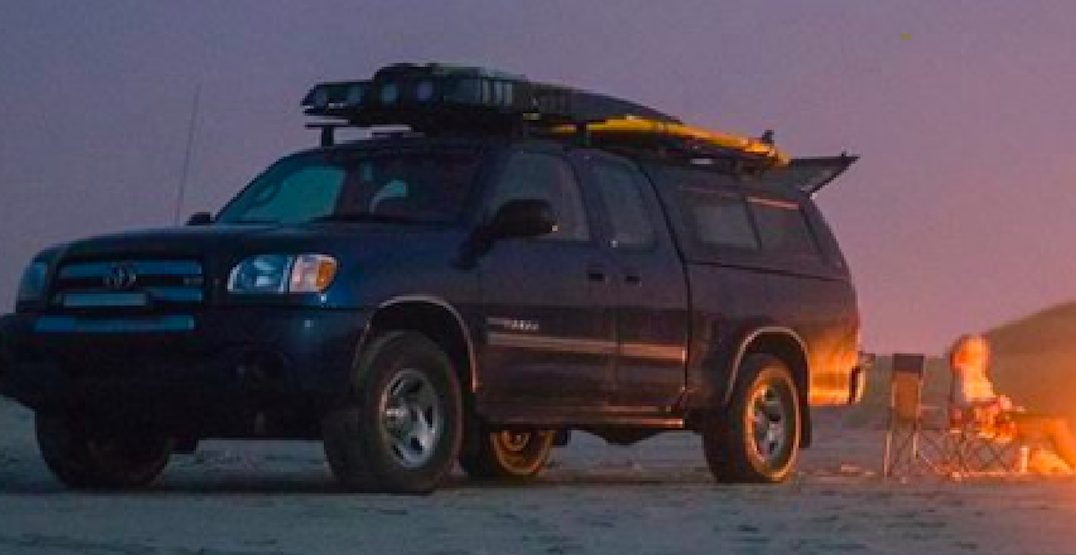 Connor Callaghan's truck was stolen while he was fighting wildfires. (@connorcallaghan / Instagram)

A BC firefighter who had his truck stolen while he was fighting wildfires overnight has turned to social media in the hopes that his truck might be found and returned.

On Instagram, Connor Callaghan said he made the discovery after returning to the BC Wildfire parking lot in Merritt, after being part of the night shift crew that was battling the Christie Mountain wildfire near Penticton.

Callaghan said security footage showed the truck being stolen around 2:45 am on Friday, August 21, and a phone locator app showed that the truck was in Mission at 3:45 pm that same day.

More than a missing vehicle though, the truck is Callaghan’s summer shelter.

“I live in that vehicle in the summers while fighting wildfires, so all of my belongings were in it, including my laptop, iPad and school bag that I need for my last year at University starting in September,” he writes.

He describes the truck as a navy blue, 2003 Toyota Tundra, with the licence plate JY 3181.

“There is canopy and a Thule bike rack on the back, but without the ski box as pictures,” he writes. “[The] tailgate is grey.”