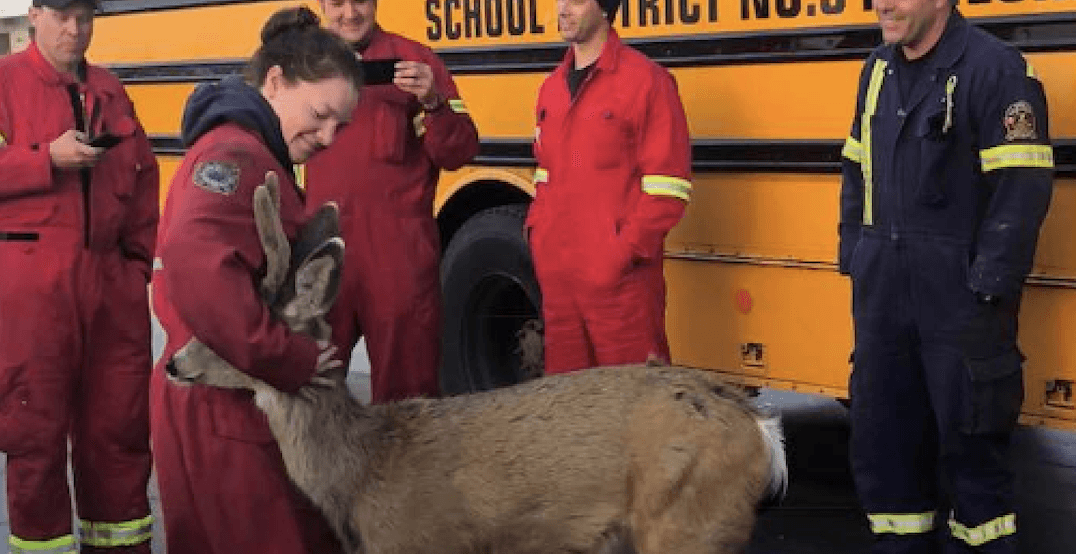 Call it an en-deer-ing real-life Bambi moment for one BC firefighter.

In a Facebook post this week, firefighter Jan Giesbrecht shared a photo of herself giving a deer a hug on the Francois Lake ferry, not far from Burns Lake, BC.

“On the ferry from southside this morning,” wrote Giesbrecht.

That photo has now gone viral and has been shared over, 2,200 times at the time of publication.

This isn’t the first cute interaction between BC firefighters and animals this summer.

On August 19, a group of BC firefighters were heading back from fighting a blaze in Kamloops when they found five lost puppies on the road.

In that case, the firefighters got in touch with local authorities and determined that there were no nearby homes where the puppies could have escaped from.

The crew decided to bring the puppies with them and they are now being well fed and cared for.