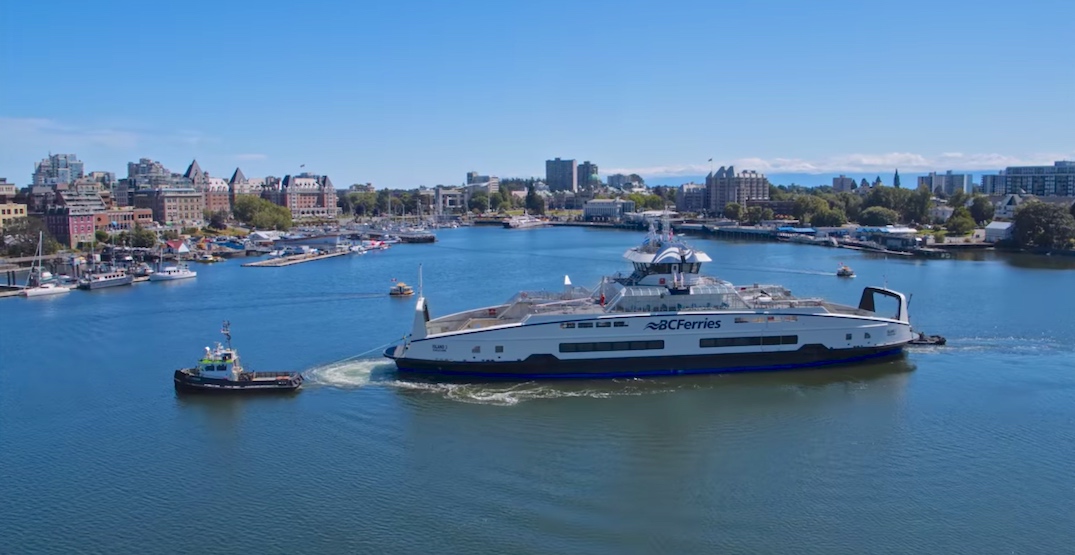 The new third and fourth Island Class vessels for BC Ferries have been provided with First Nations names, the Island Nagalis and Island K’ulut’a.

The ferry corporation recently announced the names, with Nagalis meaning “dawn on the land” and K’ulut’a being the name for porpoise in the dialects of the Kwakwaka’wakw. Both ships arrived in Victoria earlier this summer.

Additionally, the interior of both vessels will feature artwork designed by Indigenous artists, with the First Peoples’ Cultural Council being given the responsibility to commission and manage the original artwork.

Both are the newest vessels to join the fleet, allowing two-ship service to begin on the Campbell River-Quadra Island route in 2022.

The Island Class vessels are electric hybrid vessels, with the future capability of being converted into 100% electric-battery vessels — until shore charging infrastructure is installed.

Each vessel has a capacity to carry 47 vehicles and up to 400 passengers and crew.

The final two vessels — the yet-to-be-named fifth and sixth — in the current Island Class fleet order have yet to arrive in BC from a shipyard in Romania. The fifth vessel, travelling on its own power, passed through the Panama Canal earlier this month and is expected to arrive in Victoria before the end of the month.

The fifth and sixth vessels will allow for two-ship service on the route between Nanaimo Harbour and Gabriola Island in 2022.