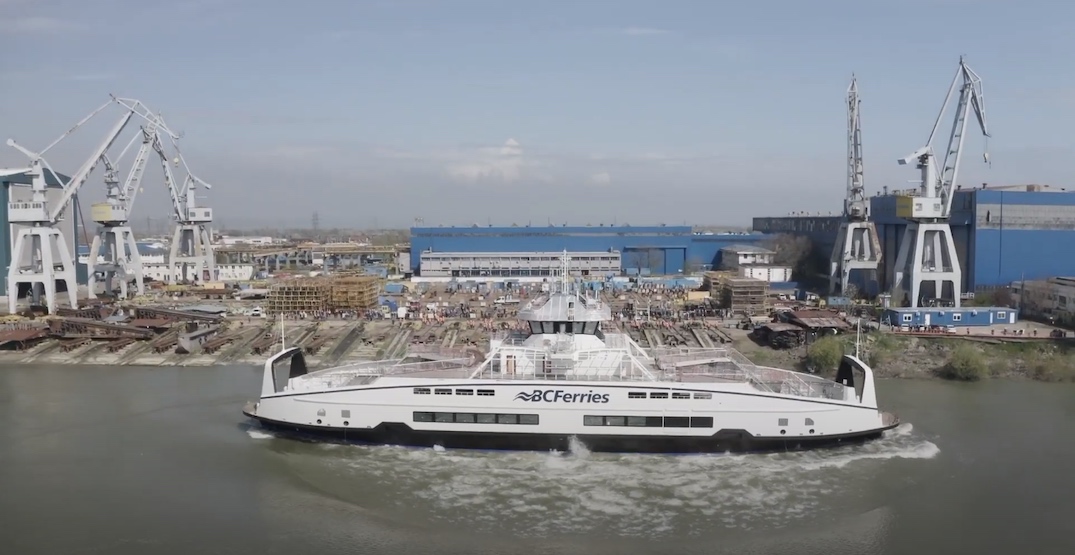 BC Ferries' sixth Island Class vessel launched into water on April 21, 2021 at the Damen Shipyards in Poland. (BC Ferries)

The final vessel of BC Ferries’ current order of six Island Class battery-electric hybrid vessels has entered water for the first time at the Damen Shipyards facility in Romania.

The ferry corporation says the yet-to-be-named ship entered water on Wednesday morning, which will see continued construction until its sea trials in August. The vessel is scheduled to be delivered to Point Hope Maritime in Victoria in late 2021 for its final preparations.

It is one of two ships that will serve the Nanaimo Harbour to Gabriola Island route starting in 2022, replacing the 1982-built Quinsam. The replacement of the aging large ship with two smaller vessels will provide increased capacity and more frequent service, and have the result of decreasing vehicle line-ups and congestion on local roads — effectively reducing the need to expand the size of terminal holding compounds.

Each Island Class vessel has the capacity to carry at least 47 vehicles and up to 400 passengers and crew.

The first two Island Class vessels arrived in Victoria in early 2020, and entered service in June on the routes from Powell River to Texada Island, and between Port McNeill, Alert Bay, and Sointula Island.

The third and fourth vessels will operate on the Campbell River to Quadra Island route in 2022.

The fifth vessel launched in February 2021, and it will join with the aforementioned sixth ship on the Nanaimo Harbour to Gabriola Island service next year. 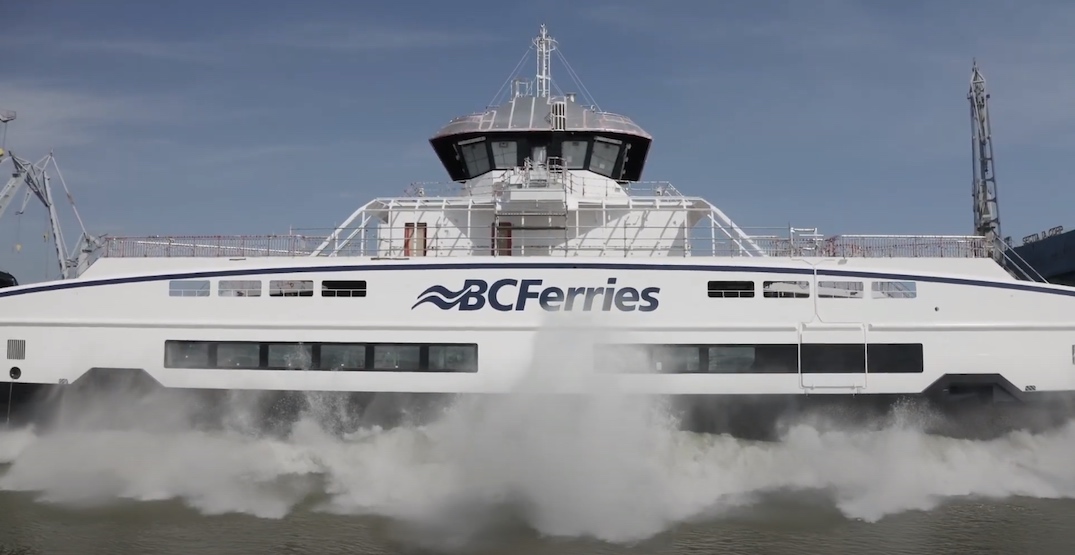 BC Ferries’ sixth Island Class vessel launched into water on April 21, 2021 at the Damen Shipyards in Poland. (BC Ferries)

These hybrid vessels will operate on diesel fuels, until BC Ferries is ready to install electric charging technology at its terminals and reconfigure the ships to become battery-electric ferries.

Earlier this year, BC Ferries told Daily Hive Urbanized the conversion of the six vessels to battery-electric only and the terminal renovations would cost about $150 million, with work conducted over two and three years.

Altogether, the $1.19 billion plan that includes made-in-Canada vessels requires funding from the federal and provincial governments.