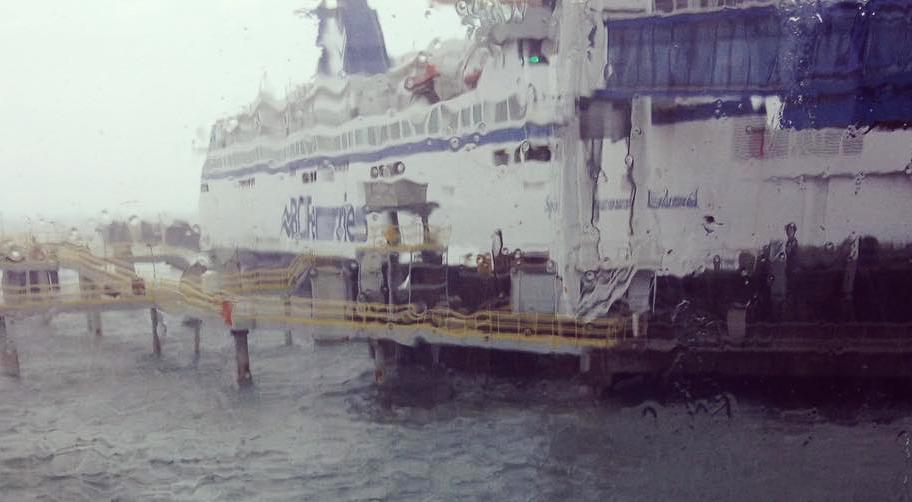 A BC Ferries boat in the rainstorm on Friday (acvj16/Instagram)

BC Ferries has cancelled all sailings after 3 pm between Vancouver Island and the mainland due to extreme weather, it announced on Saturday.

Conditions are expected to be extremely windy and wet later, when a storm fuelled by the remnants of Typhoon Songda is set to hit the BC south coast.

Therefore, BC Ferries sailings on the following routes are cancelled, as of 3 pm:

Sailings will resume on Sunday morning. The Coastal Celebration will sail an additional round trip Sunday, leaving Swartz Bay at 8 am, and leaving Tsawwassen at 10 am.

The storm on Saturday night is expected to be the most powerful of three which have battered Vancouver and the Georgia Strait over the past few days.

During the second storm on Friday, even BC Ferries’ largest vessels were no match for the stormy seas caused by the high winds, which wreaked havoc on the schedules all afternoon.

The winds were so severe that the 524-foot-long Coastal Celebration ferry had to seek shelter in Active Pass, remaining idle between Galiano Island and Mayne Island for several hours, until it was safe to cross the Strait of Georgia.