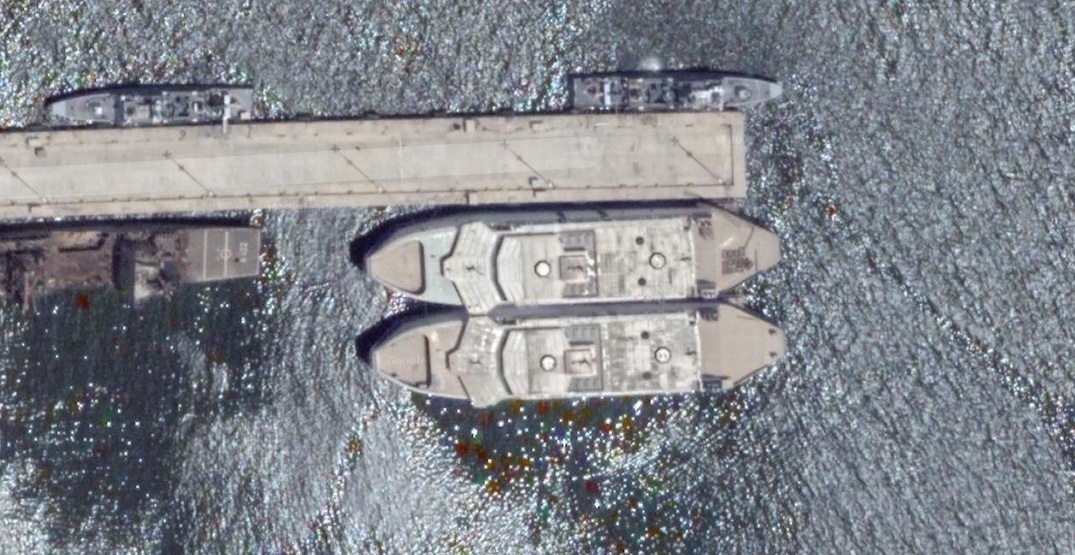 The infamous PacifiCat fleet of BC Ferries spent years in Richmond and North Vancouver in suspended motion, mothballing in local shipyards — going completely unused. And now they appear to be doing the same in the Middle East.

With the fleet now reaching its 20th anniversary, satellite photography by Google Maps taken earlier in 2019 unmistakably shows one of the three troubled vessels — PacificCat Explorer, PacifiCat Discovery, and PacifiCat Voyager — moored at the busy Port of Alexandria in Egypt. 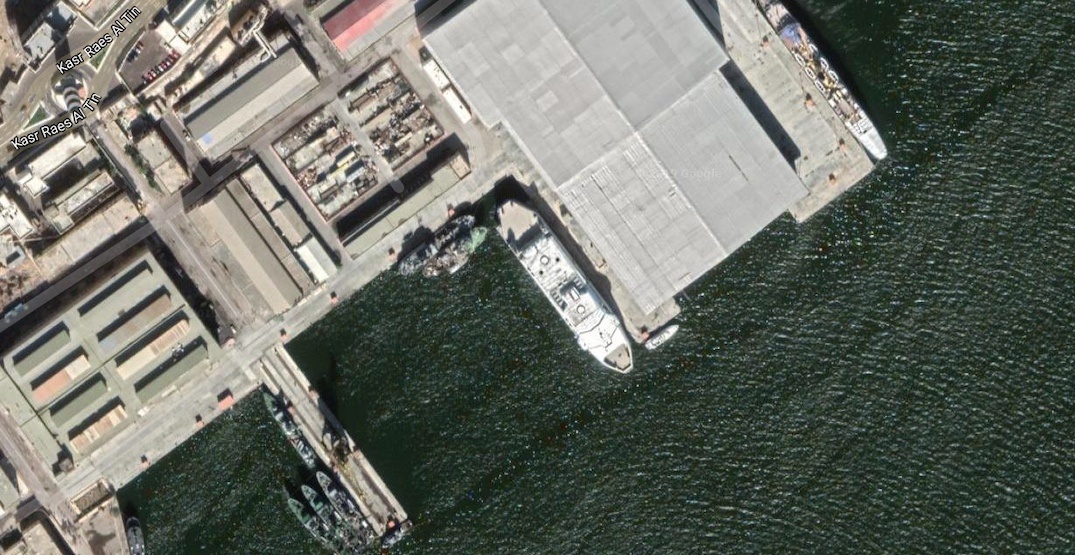 One of BC Ferries’ fast ferries moored at the Port of Alexandria in 2019. (Google Maps)

East of Alexandria in the town of Abu Qir, two other PacifiCat ferry vessels are seen docked together at a different pier.

The vessels have been in the Alexandria area for quite sometime now, with photo evidence indicating their presence since at least 2015; they have been a fixture in Alexandria’s harbour, in the same way they were a fixture in Vancouver’s harbour throughout much of the 2000s. 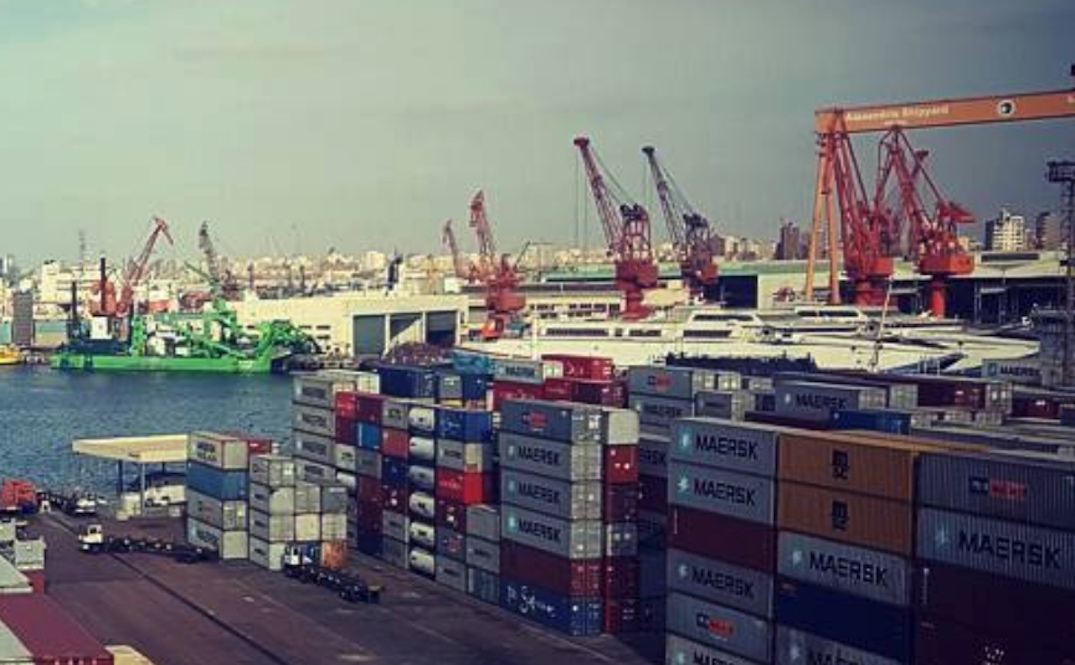 BC Ferries’ fast ferries vessels in the Port of Alexandria in 2017. (M. Sourity) 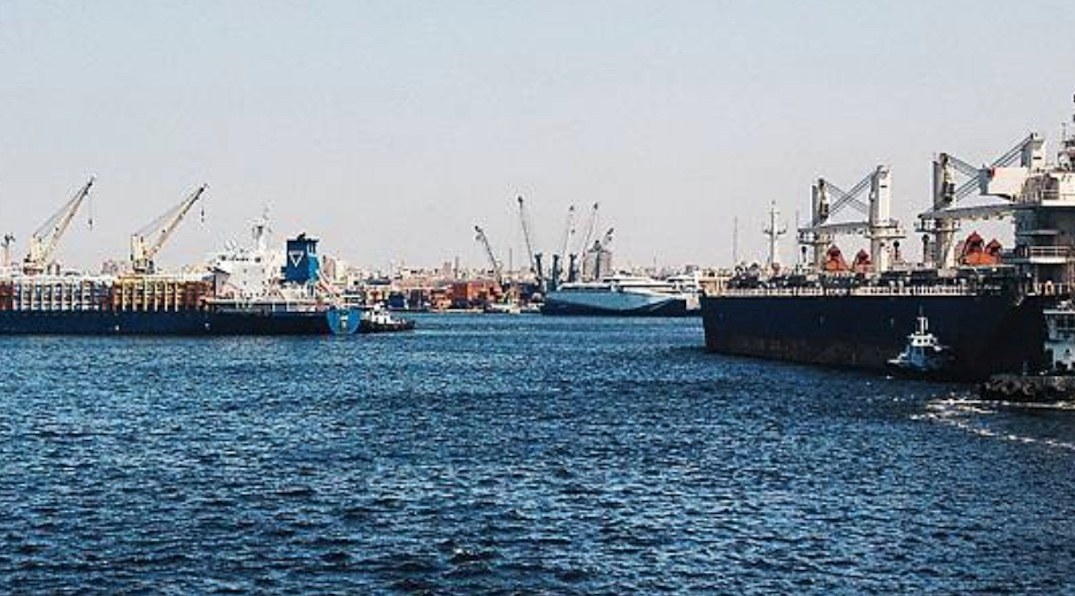 BC Ferries’ fast ferries vessels in the Port of Alexandria in 2015. (D. G. Kindom)

WMG sold the PacifiCats to Abu Dhabi Mar in 2009 for an undisclosed amount, after purchasing them from the provincial government, then led by the BC Liberals, in an auction in 2003 for only $19.4 million. Previous attempts to sell the vessels at a far higher price failed.

2003 was the same year BC Ferries, previously a provincial crown corporation, was reorganized into a private corporation, with the province as its single shareholder. The legacy of the ‘fast ferries scandal’ was a leading factor in the decision to privatize the provincial ferry system, and contributed to a changeover of the government. 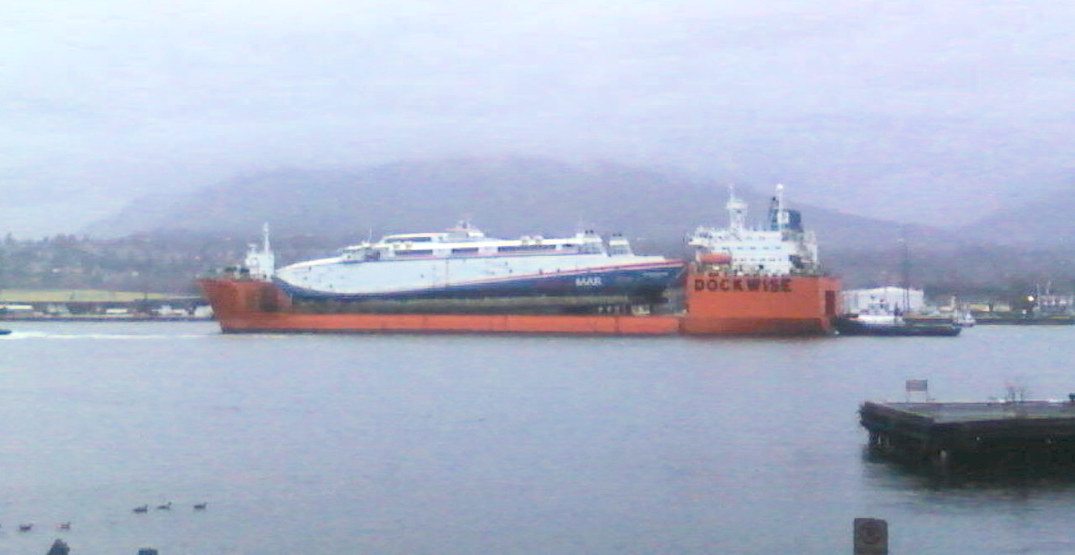 A large ship was used to transport the PacifiCat ferries from Vancouver to Abu Dhabi, the home base of their new owner, Abu Dhabi Mar. (Michael Chu / Flickr)

The BC-built PacifiCats were an initiative of the BC NDP-led provincial government in the 1990s, in a bid to boost the local shipbuilding industry and turn the province into a global exporter of aluminum ferries. The trio of vessels were originally budgeted at $210 million, but difficulties with construction, specifically the inexperience of local shipyards with this highly-specialized vessel type, led to significant overruns, bringing the final cost to $446 million.

But their demise and infamy was not only a result of their high cost, but also because they simply did not work as intended.

The problems were so severe and operationally costly that the first two vessels — running on the route between Horseshoe Bay in West Vancouver and Departure Bay in Nanaimo — were only used by BC Ferries from 1999 to 2000.

The third vessel, upon completion in 2000, never went into service.

According to a 2001 report, the outcome of a provincial inquiry on the fleet, each 402-ft-long, high-speed catamaran vessel — carrying 1,000 passengers and crew, and up to 250 vehicles — had to operate at far slower speeds, similar to the conventional ferries, to lower their high fuel consumption costs and reduce the size of their big wakes, which damaged marinas and accelerated the erosion of shorelines.

The fuel consumption of these ferries was twice that of a conventional vessel. To reach the maximum operating speed of 63 km/hr (34 knots), the engines had to operate at “90+% workload.”

The conditions of the local waters also made the vessels unreliable, as logs and other debris sucked into the catamaran impellers caused breakdowns and cancelled sailings. 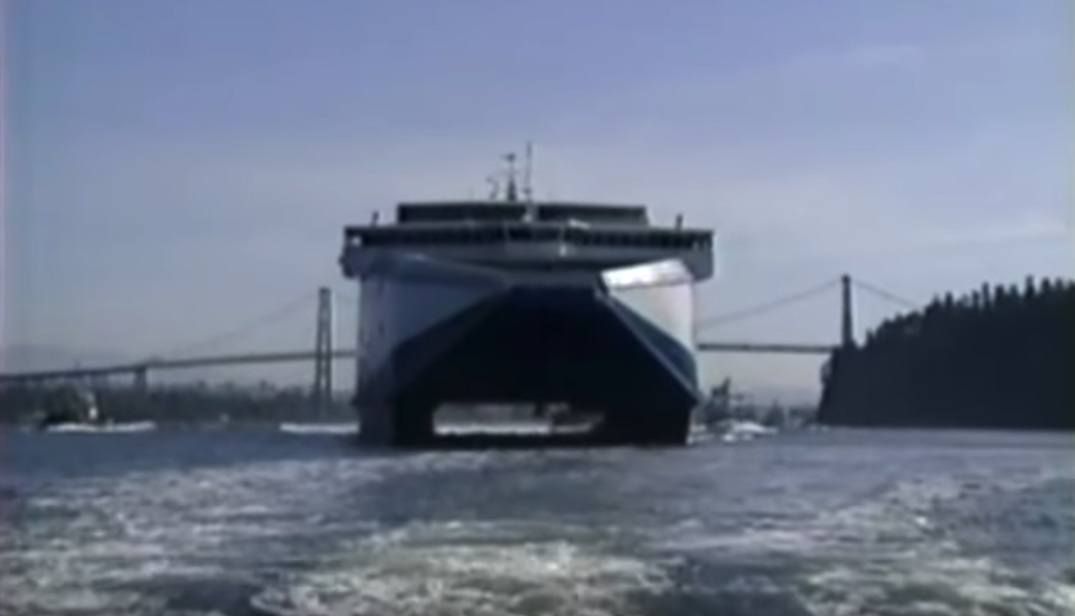 The selected route for the vessels was also described at the time as the shortest in the world for fast ferries; these fast ferries were deemed to be best for the longer Tsawwassen-Swartz Bay and Tsawwassen-Duke Point routes, but the high winds in Tsawwassen were potentially damaging to the thin hulls of the vessels.

Additionally, there were challenges with utilizing these ferries to transport cargo trucks, as the low-ceiling clearances of the car decks limited the number of over-height vehicles compared to the capacity of conventional vessels.

Longer loading and unloading times at the terminals also further erased any potential advantages of the fast ferries, as the ferries had to be properly balanced during the process, and unlike the double-ended conventional vessels these vessels had to turn around at the terminal before sailing. 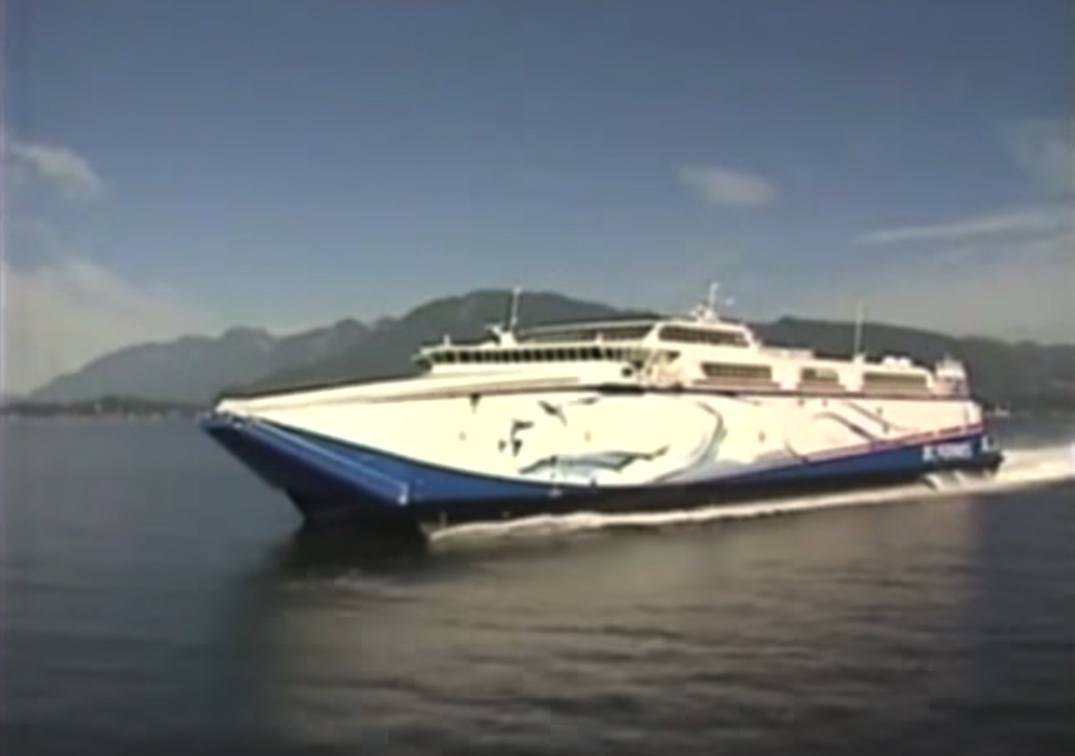 “The PacifiCats were designed to provide six round trips daily. Even if this service level had been achieved, thus offering sufficient private passenger vehicle capacity, actual costs would have significantly exceeded original estimates,” reads the report.

Moreover, the ferries were widely deemed to be uncomfortable for regular ferry passengers, who were used to larger interiors with ample seating, and expansive outdoor decks. 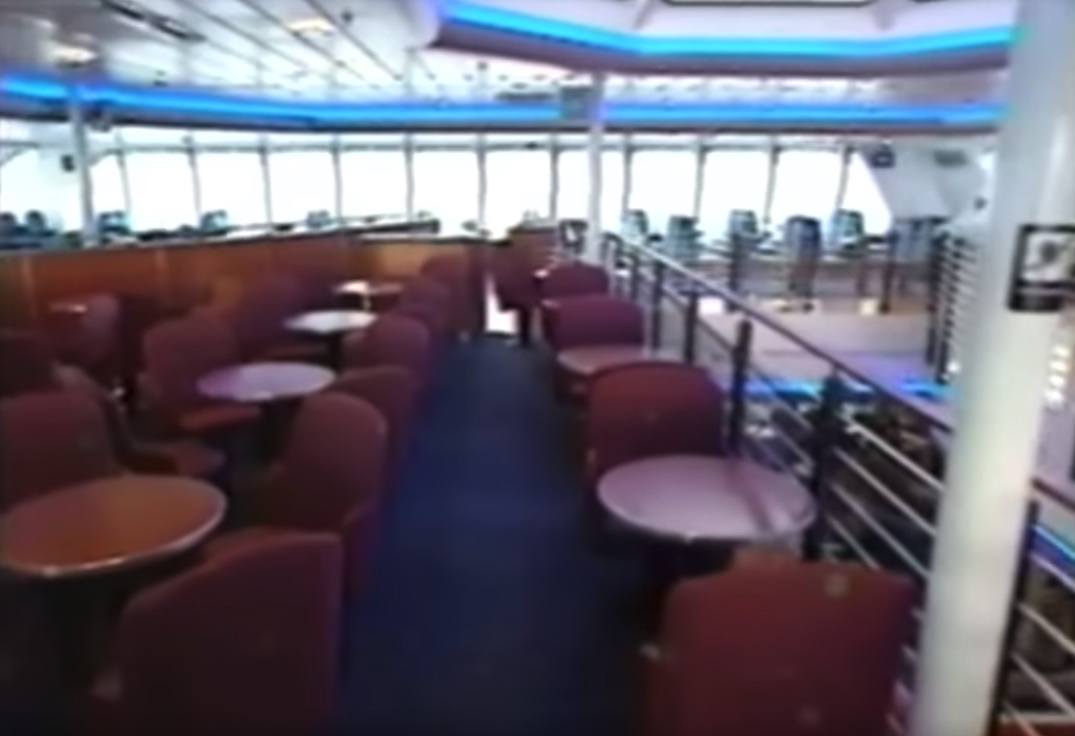 Prior to the provincial government’s decision to dispose of the fleet, a public consultation resulted in suggestions of turning the vessels into cruise ships, floating hospitals, schools, or even casinos.

There was also interest by WMG in the middle of the 2000s to run a private ferry service between downtown Vancouver or near Hastings Park to Vancouver Island.

Ahead of the 2010 Winter Olympics, there were some discussions of the possibility of using the vessels to transport event spectators from terminal facilities in downtown Vancouver and Richmond to Squamish, where passengers would board buses for the remaining journey to Whistler.

The inquiry largely blamed poor project management and governance for the flawed and costly final product of the fast ferries.