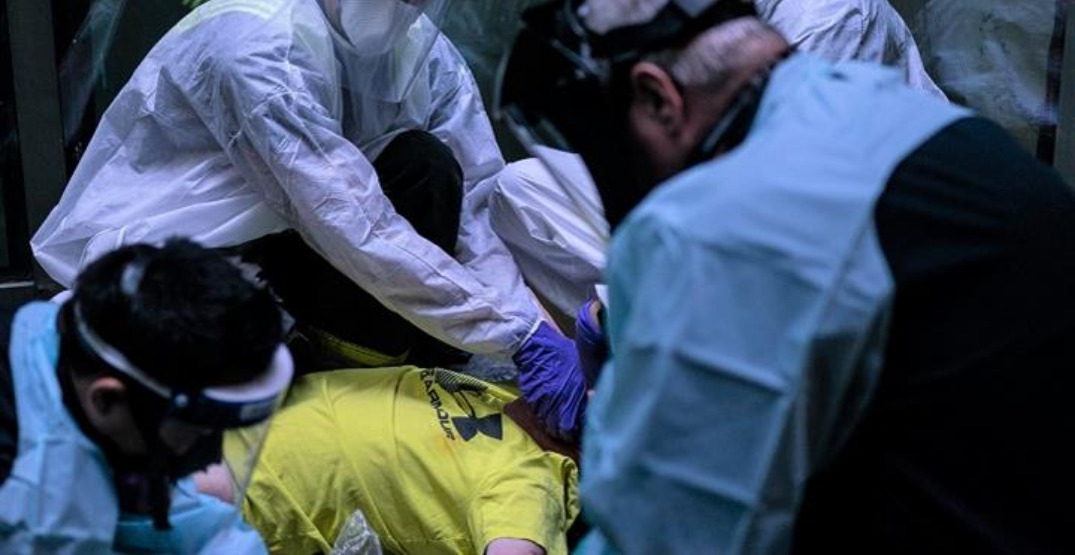 2021 was tragically a record year for BC Emergency Health Services (BCEHS) when it comes to overdoses in the province.

Medical emergency call takers and paramedics in BC responded to 35,525 overdoses, which is up a whopping 31% from 2020.

BCEHS said it saw a surprising number of calls from Surrey in particular.

Surrey saw a 50% increase in calls over the previous year. Paramedics responded to 3,674 overdose calls in 2021 in Surrey alone.

“Overdoses are a regular part of every paramedic shift in Surrey,” said Mike Topping in a statement, he’s a paramedic unit chief.

According to the BCEHS, paramedics apparently rushed past Topping to respond to an overdose outside the doors of the ambulance station on 96th Avenue in Surrey as he was making this statement.

Outside of Surrey, every region in the province saw an increase in overdose calls. Northern Health saw the least in terms of increases, at 16%.

BCEHS says that Vancouver, Surrey, Victoria, Kelowna, and Abbotsford are the top communities for overdose calls.

On top of these stats, BCEHS notes that almost every community in BC had more overdose patients in 2021 than 2020.

BCEHS paramedics responded to an average of 97 overdose calls a day over the course of 2021 in BC.

The BC Nurses Union told Daily Hive that it’s struggling with staff shortages, and exhaustion, something that the overdose crisis is likely exacerbating on top of the ongoing pandemic.

You can find the full report on overdoses via the BCEHS website.