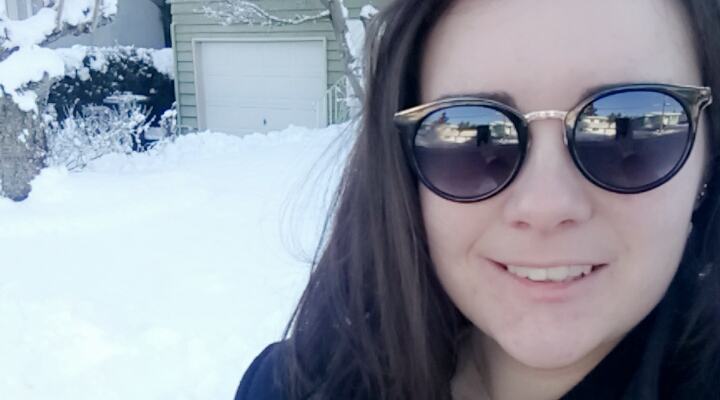 Ahead of the BC election, Daily Hive is profiling young voters from across the province. Want to join in and share your thoughts? Email [email protected].com, subject line: My Future.

I am a full time assistant team leader (the position was formerly called keyholder) at Dollarama.

I live with my boyfriend and his parents, we are saving to maybe buy a tiny apartment one day. [For the record, Katherine votes in the Coquitlam-Maillardville riding.]

I voted early at my district electoral office this election! That was my first time.

Yes I absolutely am.

My opinions are my own, no matter how much they disagree with me.

John Horgan, Christy Clark, and I don’t know who the Conservative or Green Party leaders are. [For the record, Andrew Weaver is the BC Greens leader, and the Conservatives currently have no leader.]

Currently no, I don’t have the experience or knowledge necessary, but quite possibly in the future. Local issues are very important to me, and if my opinion can help other people I have a responsibility to run.

When I turned 18, my Mum couldn’t afford to pay rent and feed me anymore without child support, so I had to move out from home (she moved across the province the week I graduated high school to find a more affordable living situation) and now I cannot afford to even rent a bachelor apartment with my boyfriend.

My boyfriend and I would like to move out from his parents’ house one day, the plan is hopefully before we are 25, but in this housing market that is optimistic at best.

I want people to be able to apply for low income housing options in cities they are not living in.

If you have to wait for three years to get a house in your city, but four months for a house in Penticton, you should be able to chose to move to Penticton when the option becomes available, not to have to move and then apply and hope for the best.

I’m not making much above minimum wage, and if there was a higher minimum wage I would be able to move out and afford to eat.

This is also particularly important to me so my Mum [might] be able to find a job that can accommodate her disabilities and move back to the Lower Mainland.

I want a living wage of $15, and for legislation stating that minimum wage will be raised according to inflation every year.