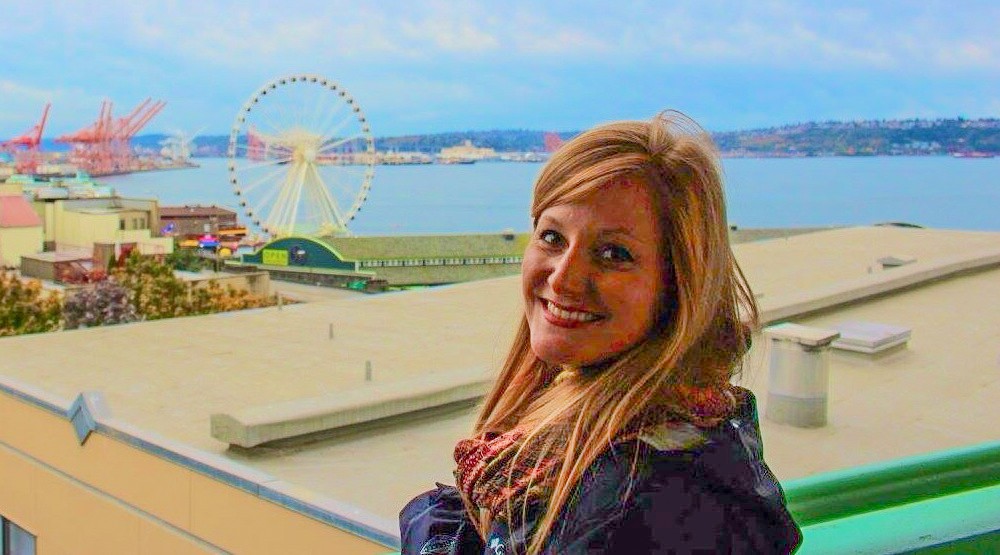 Hannah Warren said she plans to leave Vancouver because it is so unaffordable. (Hannah Warren)

No. With the way I was brought up I often find I do vote the same as them though, since we have the same values.

Just Christy Clark. [For the record, the others are Andrew Weaver and John Horgan.]

No, I wouldn’t, because there is far too much time spent going through red tape and making sure you’re friends with the right people. I don’t like all the “politics” of being in politics. But, without the aforementioned, I think I would really like it, since it can be an effective way to make changes to our society.

Affordability and housing are huge things in daily life. Living in Vancouver is so expensive that I’m going to be leaving the Lower Mainland soon. Looking at what I spend on rent alone (especially to live in a safe and convenient place) over the span of a year is truly outrageous. This is money I could be saving to actually buy my own house.

Vancouver is such a booming city, and there is no planning to accommodate everyone that is arriving, regarding both transit and affordability/housing. This means that the quality of life for those of us that are already here (and those arriving) is decreased. It’s simply not feasible to live in this city anymore, which is why I will be leaving sooner rather than later. I’ve seen no short-term solutions arise while the problem continues to get worse.

There are no options for reasonable housing costs in Vancouver, unless you want to work a full-time job and live in the Downtown Eastside or with multiple people in a tiny space. There needs to be an adjustment on what is allowed in renovating historical homes to allow cheaper renovation costs (and to maintain the heritage housing). Perhaps a rent cap should be considered, since prices are increasingly exponentially.

Transit has only exemplified this feeling for me, I have to leave 30 minutes earlier than it actually takes me to get to work because of transit. There are not enough buses and if I don’t leave this early, multiple busses simply drive past me every day.

I understand that there is more funding available for a SkyTrain to Arbutus (which is close to where I live), which will be immensely helpful. The problem is the five years until that arrives.

I’ve read articles that claim TransLink doesn’t want to add more buses because they’ll get blocked up on Broadway. They simply need to add more buses at a staggered time to help alleviate this. Instead of waiting 10 minutes for both a 14 and 16 to come at once (which does block up Broadway and are often too full anyways), they need to have them come more often and at different times.