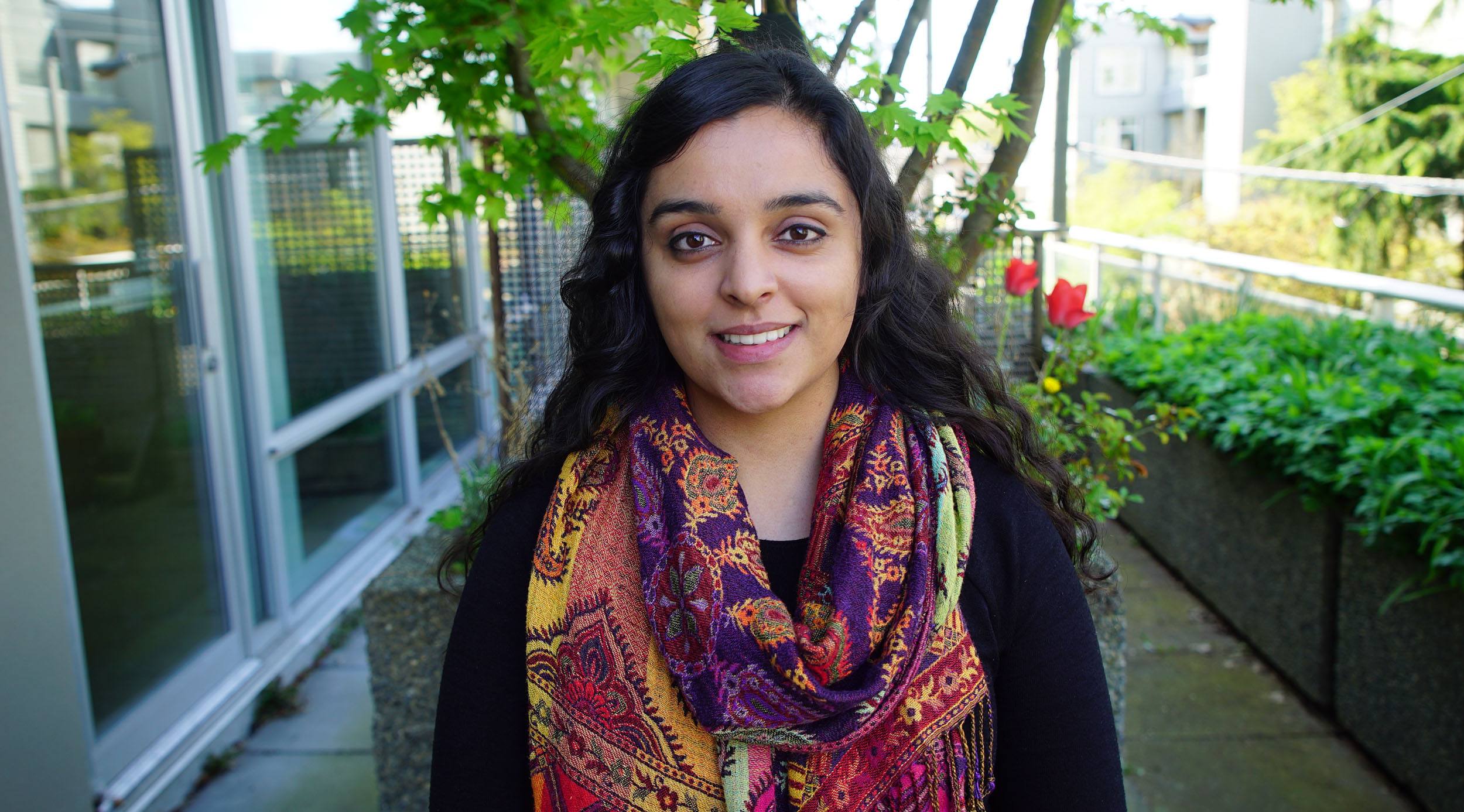 I’m a program coordinator for a local charity.

A definite yes! Exercising your right to vote, especially as a young voter, is so important. I was shocked when I learnt that roughly half of eligible voters in our province cast a ballot in the last election.

Yes and no. I come from an immigrant South Asian household and I am a first generation Canadian.

My parents worked 16 hour days to create a better life for their children, so they didn’t have the time to fully understand and get involved in Canadian politics. While they did vote, like most immigrant households, we didn’t really discuss politics at the dinner table.

I wasn’t taught the importance of voting and didn’t really understand our provincial and federal political landscape or know much about local candidates growing up.

My life felt pretty ok, so I didn’t think to question the current government.

But with my current job, I had to educate myself on the political landscape of our province and what I learnt was an unpleasant but welcomed wake up call!

I also learnt what immense privilege I held living in a country where I can vote for who I want as a leader. Now I can’t not discuss politics with family and friends, and my family is opening up to the idea of having political discourse with me.

I am working on a “Get Out to Vote” campaign at work, so I have been following the BC election and key environmental and social issues quite closely this election.

I know two of the candidates well: Melanie Mark (BC NDP) and Connie Lin (Liberal). I don’t know much about Jerry Kroll (Green candidate).

I don’t think I would consider running for office, but I have been told by friends I should! Perhaps one day, but right now I feel very mistrustful of politicians and disappointed in our Federal government, who have left a trail of broken promises.

Affordability and housing is a significant issue impacting a lot of people I care about.

Despite being a working professional, with student loans and high cost of living in Vancouver, I find it extremely hard to find affordable housing options.

I’m currently crashing with a friend on a couch splitting a one bedroom, it’s insane. My friends and I don’t entertain the thought of being able to afford a house in our lifetime, which is sad.

The current government has fumbled on this issue long enough, and parties need to seriously take control of and regulate the housing market in BC.

They need to back up their empty promises with big financial investments to address the homelessness and affordability crisis in our province.

Climate change is one of the most pressing crises of my generation. I have severe anxiety attacks some days thinking about the uncertain future my generation is inheriting.

This issue is so important to me, because it is disproportionately impacting the most vulnerable communities in Canada and the global south.

It is unjust that those that contribute the least to the problem suffer the most, especially when high polluting countries have access to renewable energy alternatives that are viable and competitive with traditional energy sources.

Yet the current BC and Federal government refuse to give up on fossil fuel expansion.

I want BC to seriously commit to climate action, and that means unfreezing the carbon tax immediately and making polluters pay, investing in sustainable transit and transportation infrastructure and stopping the Kinder Morgan pipeline.

The world is already switching to renewable energy, while BC and Canada continue to act as a drug pusher of dirty fossil fuels to market. Our current government doesn’t care, and I want change this BC election.