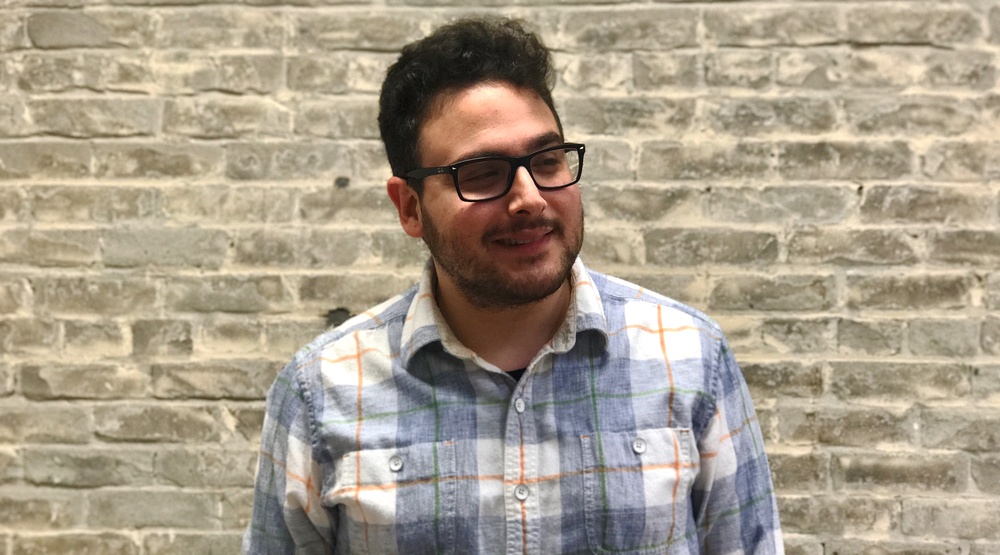 Young voter Felix Kay doesn't believe people have a "right" to live or own in Vancouver. (Daily Hive)

Yes, as soon as I was able to have the right to vote, I did.

Do you plan on voting this election?

Yes, I will vote. I believe that no matter what, if you have the right to vote you should. A lot of people take for granted that we have this right. Some people think that one vote won’t make a difference, and everyone is corrupt. That doesn’t matter. If you vote, then complain about politics. If you don’t vote, then I don’t want to hear anything come out of your mouth.

I would like to say no, but I believe they did. Growing up I was taught at an earlier age that the NDP was great for provincial politics, but when it comes to federal, you should vote Liberal because if not, you were wasting your vote. Over time I grew up to make my own decisions in how I vote provincially and federally. I also believe that BC Liberals are very different than the Ontario Liberals.

I follow it very closely as I have a lot of vested interest.

Yes I do. In fact, every Pride Parade I contribute to helping bring together my riding’s float. And let me tell you. It always comes down to the wire!

No, I would never consider it because I’m not the type of person who wants to be in politics. But I can tell you one thing. I believe that no matter how good of a person you are, and how good your intentions are, when you get into politics your intentions change. Not because you suddenly become a corrupted asshole, but mainly because you realize how complicated the system is, and how you can’t just do what you want.

There is a process. There is a “you scratch my back, I scratch yours” system. Despite what anyone tells you, I truly feel this way.

Just look at how our current PM is doing. He had good intentions, and I voted for him, I’ll be open about that. I have met him many times through friends and hung out with him. But I feel he has dropped the ball since in power, and I wouldn’t vote for him again unless he steps it up.  This is sad.

It’s not affecting me, but it’s affecting a lot of people. Just look at the DTES [Downtown Eastside]. Jobs and the economy is something that every province needs for it to grow. The word gentrification is a taboo word for some regions, but gentrification is a good thing. Developing and building communities provides jobs, and well-paying jobs for all helps stimulate the economy. BC is the most expensive province to live in, but has the lowest minimum wage in the country.

And on the subject of affordable housing. No one said that the DTES was supposed to be for the impoverished only. Why can’t we develop in that area and make it safe and clean for everyone? Why is it looked down upon if developers want to clean up the area or for someone to say they don’t like the way the DTES is?

Not saying they should kick out all the homeless, but having them on the street, with needles everywhere, without help, is not something I think the DTES was “made for.” Our elected officials needs to get on that as of yesterday and start developing projects for both low income and market rate housing as well as cleaning up the streets. It’s the region’s dirty secret and politicians should be fixing it, not hiding it under the rug.

As for everyone else who complains about housing, I also believe there is a lot of affordable market housing. I believe it’s not a “right” to live/own in Vancouver. I don’t understand why some people today believe that they are entitled to own property in Downtown or the Olympic Village. There is plenty of housing available in other parts of the Lower Mainland.

I think people need to lower their expectations on what “affordable” is and how they can achieve it.

The province is doing what they can to stop the costs of housing to rise, and I support what they are doing. But no matter what people think, there is no bubble. Houses will never be as low as you buy in today in 20 years. Just get into the market with a starter, then flip and move until you can achieve what you believe to be your dream home. Prices will rise and fall, but just like the stock market, if you hold on long enough you will come out on top.

The only thing I want to see done, speaking on the real estate industry, is to have more regulatory standards, similar to what the securities industry has. Everyone has a realtor licence these days, and I feel they need to have more provincial regulations on how realtors conduct business. Just my two cents.