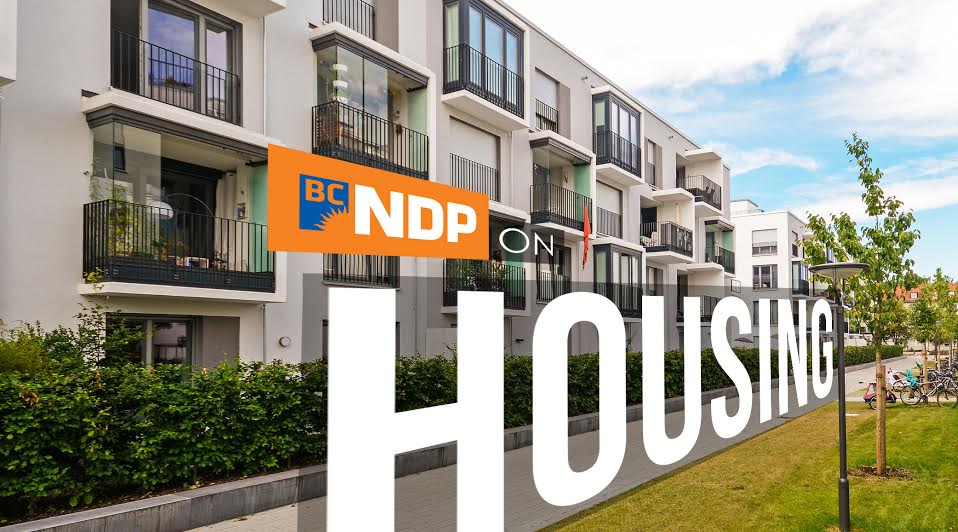 Vancouver has a housing problem, this much we know. But as we head towards the BC Election on May 9, we need to know where the parties stand too.

Of course, all three BC parties have their own plan to deal with housing. Here’s what the BC NDP told Daily Hive about their strategy.

The BC NDP is promising to build 114,000 rental and co-op homes through partnerships over 10 years, building on public land where possible.

For renters, the party is also offering a rental home tax credit of $400 per rental household per year.

To further increase supply of housing, the BC NDP would allow municipalities to tax Airbnb rentals and rezone areas for rentals.

As well, the BC NDP plans to enforce controls on rent increases, and pass laws to protect renters during renovations and demolitions.

In the real estate market, the party says it would reinstate the top tax bracket for those earning more $150,000 a year,

The revenue from this tax would form a Housing Affordability Fund, to support housing affordability initiatives in BC.

Finally, the BC NDP say they will launch a multi-agency taskforce to fight tax fraud and money laundering in BC real estate.